…third aviation accident in past month

A Britten-Norman Islander aircraft operated by Roraima Airways crashed on take-off from the Aricheng aerodrome in Region Seven on Wednesday afternoon, the third accident within the domestic  aviation sector this month.

Reports are that the aircraft, bearing registration 8R-GRB, was ferrying several drums of fuel around 4:30 pm when the incident occurred.

The lone pilot on board, Captain Ryan Prashad, escaped with minor injuries. Reports are that the aircraft was shuttling fuel at the time.

The incident has raised eyebrows in the normal safe aircraft sector here as it is the third incident to have occurred in the Hinterland region within the past month. On  July 14, a Cessna Caravan operated by BK Aviation crashed after landing at Eteringbang. Reports are that the aircraft suffered a puncture on landing and careened into the bushes.

A day later a Cessna 206 aircraft operated by Domestic Airways suffered damages to its propeller which broke into several pieces while on take-off from the Kamarang airstrip.

Aviation pundits are awaiting the minister’s move regarding Roraima Airways’ accident on Wednesday. That company is headed by  National Security advisor, Gerry Gouveia.

Thu Jul 29 , 2021
Support Village Voice News With a Donation of Your Choice. Reports are that two women, a Venezuelan and Cuban national, have perished following a fire on Thursday morning at Fifth and Albert Street in Alberttown. Reports are that the bodies of the two women and another person  were found in an apartment aback the Amazon Hotel, following the fire which […] 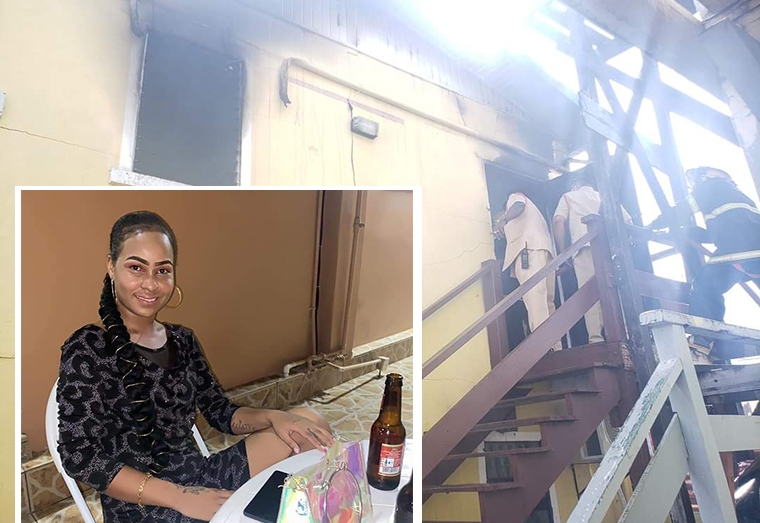