Two opposition-nominated Commissioners sitting on the Local Government Commission (LGC) have accused the Chairman Julius Faerber of bypassing the Commission, and unilaterally appointing an interim Town Clerk. Further, Faerber is being accused of dispatching a letter to the Acting Town Clerk, Sherry Jerrick, instructing her to return to her substantive post, even before a decision of the Commission was taken.

Rejecting the actions of the Chairman on Wednesday, Commissioners Nicola Trotman and Joan-Ann Romascindo demanded that the appointment of Candace Nelson as Interim Town Clerk be overturned.

“The deceit, the blatant lies, it is disgusting and I will not sit by as a Commissioner representing the people of Guyana and see this happen,” Trotman said.

It was explained that when the Local Government Commission sat on Tuesday, July 27, 2021 at around 13:30hrs, the Chairman sought the approval of the Commission to have Jerrick reverted to her substantive post as the Assistant Town Clerk due to underperformance and her reported failure to submit the Assets Register of the Mayor and Councillors on time.

During the course of the discussion, Trotman reportedly enquired who would replace Jerrick should she be reverted to her substantive post, and was immediately told by Commissioner Carvil Duncan that the issue of a replacement was not on the table for discussion, and would have to be addressed at a later date.

Trotman said much to her surprise, she received information that hours before the Commission sat, the Chairman not only dispatched a letter to Jerrick reverting her to her substantive post but that an interim Town Clerk was also appointed.

In one of the two letters dispatched to Jerrick on July 27, 2021 and seen by Village Voice News, the Chairman of the Local Government Commission wrote: “Please be advised that the Local Government Commission at its 5th duly constituted Statutory Meeting held on Tuesday, July 27, 2021 has taken the decision that you return to your substantive position and the terms and conditions thereof as Assistant Town Clerk of the Mayor and Councillors of the City of Georgetown. This is to take effect from July 28, 2021.”

Trotman, who was supported by Romascindo, said at the time the letter was issued, no such decision was taken. Trotman said when the Chairman was confronted on the matter, he immediately denied but later admitted that the letters were drafted, and it was his intention to dispatch upon the approval of the Commission.

“How could you come, asking us to vote and support it and you have already issued the letter? He tried to deny it initially, and then he said he doesn’t know who sent it out but yes, the letter was drafted,” Trotman recalled. The Commission, nonetheless, by a majority vote, voted for Jerrick to return to her substantive post.

Trotman said she later found out that the Chairman had also appointed Nelson interim Town Clerk, though the matter was never discussed or decided upon. In that letter, also dated July 27, Faerber wrote: “The Local Government Commission hereby appoints you to perform the duties of the Town Clerk of the Mayor and Councillors of the City of Georgetown, consequent to the Town Clerk (ag) returning to her substantive position as Assistant Town Clerk effective Wednesday, July 28, 2021.”

Though not providing names, Trotman contended that there were at least five persons who are senior to Nelson but were not appointed to acted.

“The Chairman himself wrote these letters to the Town Clerk; my understanding is, the Chairman is not an executive chairman, the chairman is an elected chairman, therefore he doesn’t have the powers to write letters to the officials of the Local Government Arms, that has to come through the secretary of the commission, Mr. Pryce,” she reasoned. She is therefore calling for the decision to appoint Nelson interim Town Clerk to be unturned.

Wed Jul 28 , 2021
Support Village Voice News With a Donation of Your Choice. …rejects Edghill’s criticism of M&CC’s management Mayor of Georgetown, Ubraj Narine has reminded Minister of Public Works, Juan Edghill that his Ministry owes the Mayor and City Council (M&CC) over $300M and should settle its taxes. The reminder came in a statement from the Mayor on Wednesday in which he […] 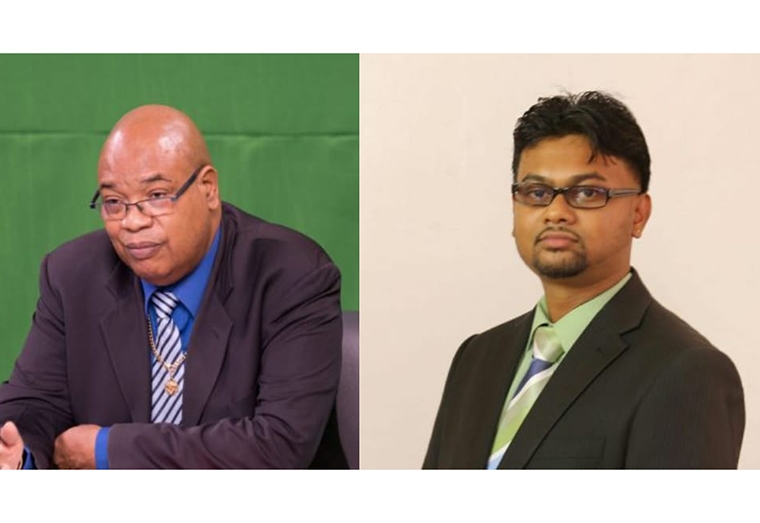