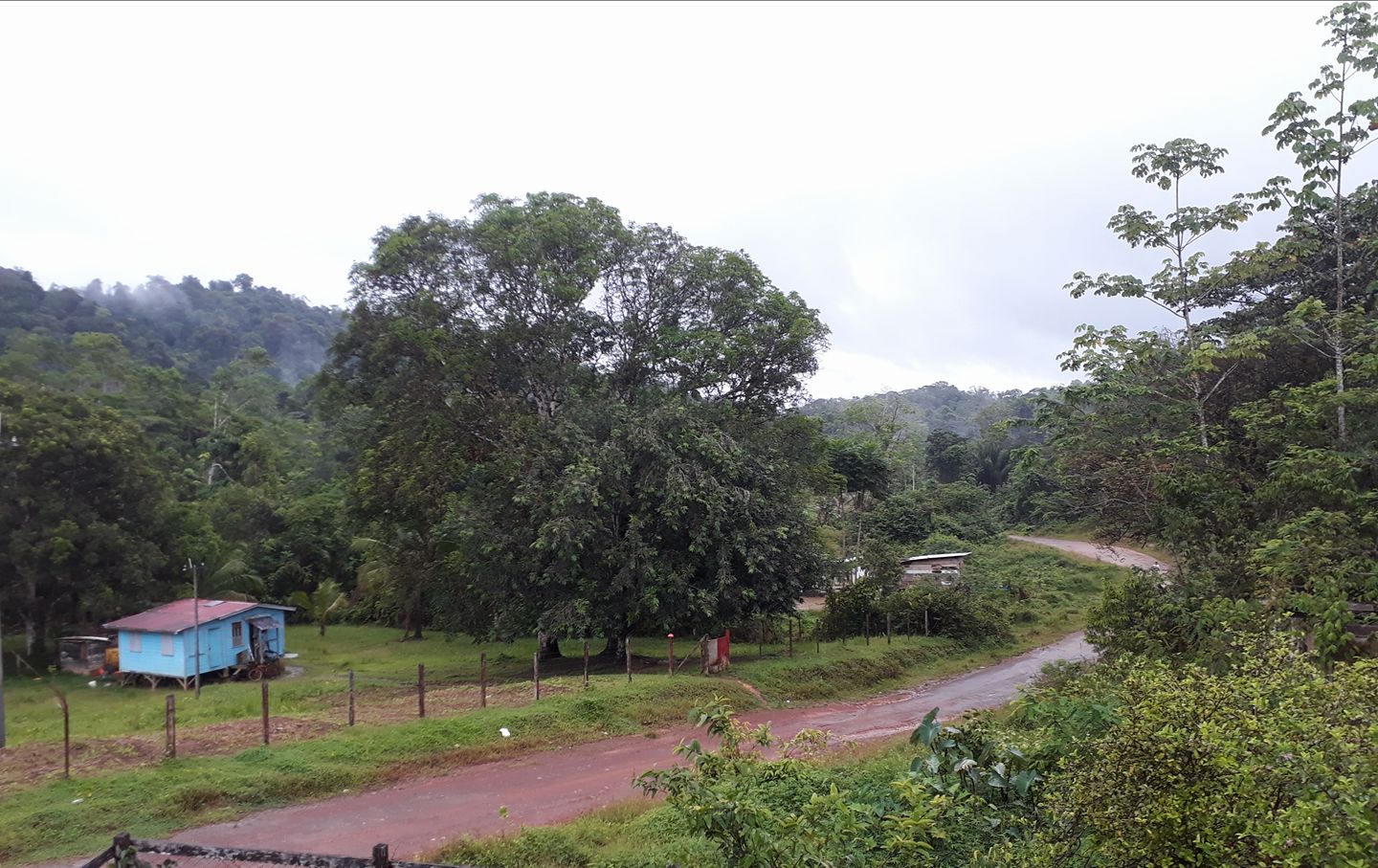 Residents and workers attached to the Guyana Manganese Inc (GMI) at Matthews Ridge in the North West District are planning to stage a protest exercise at the entity’s offices after one of the workers was sacked following the recent issuance of a press release by the Guyana Agricultural and General Workers Union (GAWU).

Last week GAWU noted in a press release that the workers attached to the company have complained about “abominable” conditions-of-work at the company.

Days later, the company issued a termination letter to an employee who it accused of speaking to the union. The employee was told in his letter, seen by this publication, that there was no need for his services at the entity. But the man and his colleagues believe that the actions of Chinese firm was tied to the press release issued by GAWU. The union said that it has learnt from the workers, that it appeared that the GMI was actively sidelining them in favour of foreigners. “They shared that many tasks being undertaken by foreigners could be done by locals but inexplicably they are denied such opportunities. They felt that it seemed the company was seeking for them to leave the employ. Additionally, the workers lamented the housing conditions and provision of meals for those who resided outside of the community. They pointed out that the foreigners enjoyed adequate housing and appropriate meals. Whereas in their case the situation left a lot to be desired,” GAWU said.

Additionally, GAWU said workers were upset by the attitude and demeanour of particular supervisors who treated them disdainfully. Moreover, they related that skilled employees were being asked to undertake tasks well below their skillset. “They said they found this demeaning especially considering extensive training they would have undergone. Workers indicated too that they have learnt that their statutory deductions were not being paid over to the relevant agencies. Moreover, we have learnt that other commitments to the workers and the community prior to the company’s establishment have simply ignored,” the union stated.

GAWU said it is disturbed by the treatment of the workers and the community. “Our union reiterates that all firms must respect workers’ rights and treat them with dignity. It is simply unbelievable that firms are seeking to benefit from our natural wealth yet fail to uphold even the basic rights of our workers, and people. Our union stands with the workers and is prepared to continue to champion their call for their rights to be upheld and for them to enjoy decent work. We encourage GMI workers to continue to engage us in order for to better understand their plight and be able to highlight the difficulties they are facing.”

The workers and residents noted on Thursday that permission is being sought for the holding of the protest exercise. At the same time, residents have told the Village Voice News that GMI has done nothing for the community since it assumed ownership of the company several years ago.

It was noted by some that the company has employed mostly foreigners from China and the smaller number of Guyanese employees do not benefit from the same stipulations as their foreign colleagues. It was noted by a resident that the company benefits from millions of dollars in waivers from the authorities at Matthews Ridge, yet nothing is given in return to the community. Reports from Matthews Ridge are that over 150 Chinese nationals are employed by GMI.

Late last year, Minister of Labour, Joseph Hamilton visited the company’s site at Matthews Ridge and high on his agenda was the issue of equal pay for equal work, with Hamilton impressing on the Chinese management the need for locals to be paid equally as expatriates doing the same job.

“The same salaries must be paid whether it be expatriates or Guyanese doing the same job. I can understand as you said in your presentation that there are technical skills that we don’t have, but I’m saying that during the life you must train our people to get there, because at the end of the day, we want our people to be skilled and equipped and it makes good business sense if you have to limit the number of people you have to bring from overseas,” Hamilton implored at the time.

GMI, which is a subsidiary of BOSAI Mineral Company, was expected to begin production by May 2021 but it is unclear whether the company has met that deadline. The company is estimated to produce some 2 tonnes of manganese from the Matthews Ridge basin, where there is an estimated 26 tonnes of the mineral.

Mon Jul 26 , 2021
Support Village Voice News With a Donation of Your Choice. Certification of the four-inch concrete hollow blocks of Gafsons Industries Limited has led to an increased and overwhelming demand for the product according to the company. “We can’t make enough blocks, we’re always running out of stock,” Factory Manager of Gafsons Industries Limited Bharath Rampersad said to the Guyana National […] 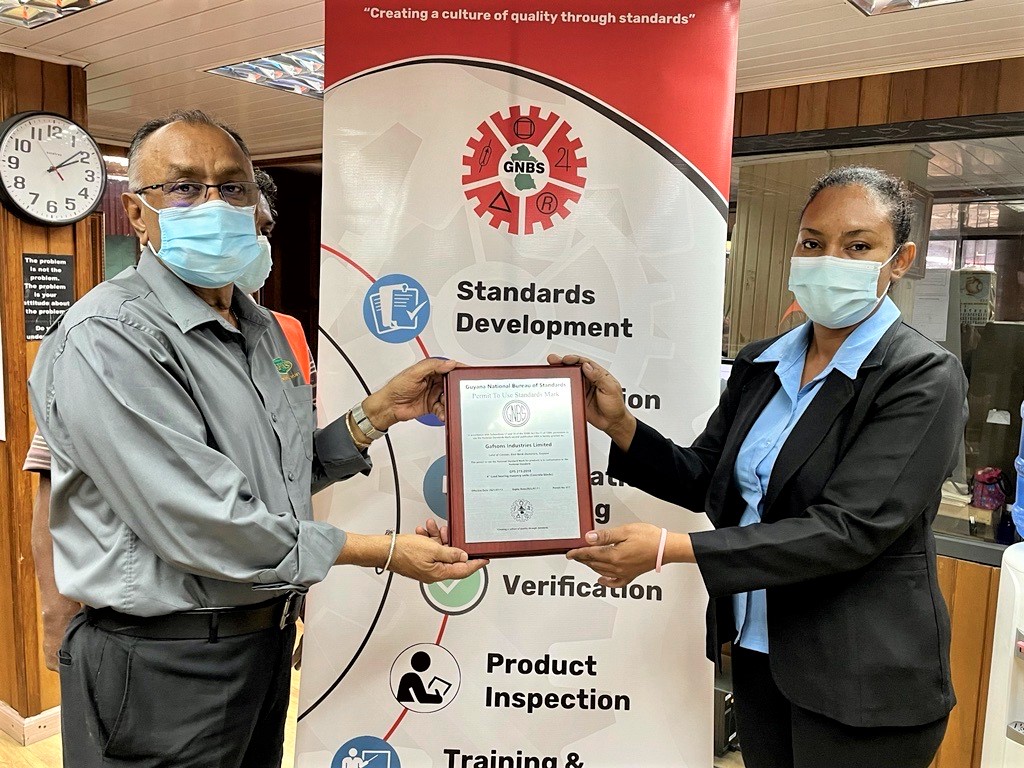