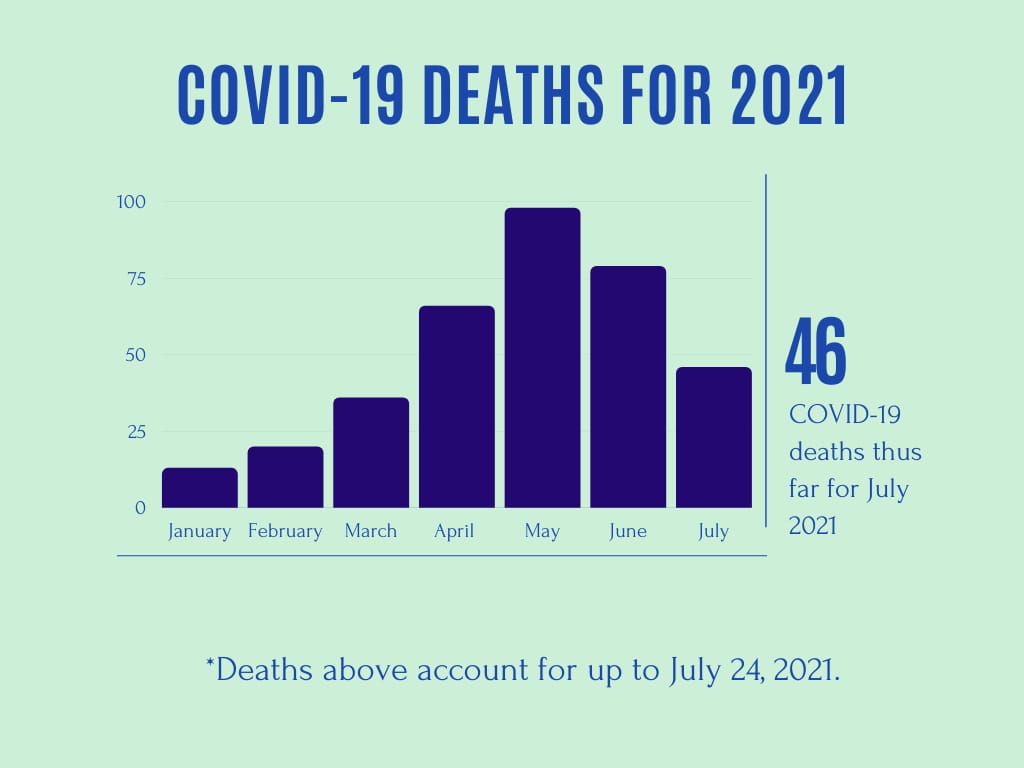 COVID-19 deaths in July have moved to 46 with 16 females and 30 males now dead after contracting the virus. The majority of the persons, a total of 18, came from Region Four while Regions Three and Five recorded the second-highest number of deaths at 8 each.

Meanwhile, there were 6 deaths in Region Nine, 5 in Region Ten and 1 in Region One.

For the month, the youngest and oldest persons to die were a 16-year-old who had a form of cancer and a 102-year-old female from Region Five. Meanwhile, the most prevalent age range were those in their 60s and 70s at 12 each, followed by those in their 80s at 8, and those in their 50s, 40s and 30s.

Still ongoing is the Ministry of Health’s vaccination campaign which commenced on February 11, 2021. Thus far over 245,000 have received their first dose and over 129,000, their second.

Sun Jul 25 , 2021
Support Village Voice News With a Donation of Your Choice. …govt seeks developer for 2022 start up The PPP/C Government is looking to revive the 165 Megawatts (MW) Amaila Falls Hydropower project (AFHP), with intent to start construction in 2022 and completion in 2025. The Office of the Prime Minister is looking for a partner to develop the project. It […]