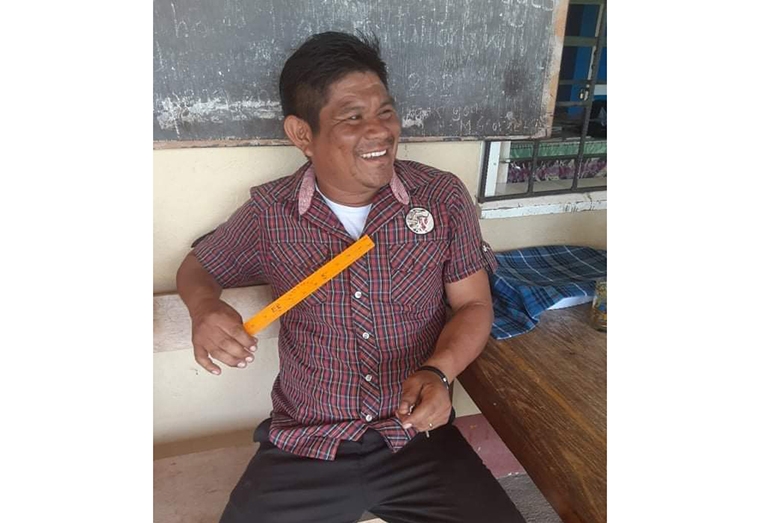 The lifeless body of a  beloved teacher attached to the Karasabai Primary School was found in the his yard on Sunday night.

Dead is Peter Christian , who was said to be 30-years old.

Reports are that the man’s body was found by his father sometime around 23:30hrs on Sunday at the South Pakaraima village. The victim, a  father of four,  was found with several burnt bricks next to him and several bloodstains were visible next to his head. The man was  last seen in the company of his father who travelled from  Brazil to see his son. Reports are that the duo was consuming alcohol earlier on Sunday night after which the man’s father fell asleep.

Later in the night, he could not find his son and was startled when he found the man lying motionless in the yard. The victim’s wife was visiting someone at the time of her husband’s demise.

His death sent shockwaves throughout the village as many residents spoke highly of the man’s character.Police ranks from Lethem took the man’s body to the border town on Monday as investigations into the man’s death continue.

NSC enters into agreement with Cevons for sale of Mandela Land

Tue Jul 20 , 2021
Support Village Voice News With a Donation of Your Choice. On Monday, the National Sports Commission (NSC) entered into an agreement of sale for the land on Mandela Avenue vested in the NSC to Cevons Waste Management Inc. There has been some controversy surrounding the land which Cevons Waste Management Inc. was instructed to vacate by March 31, 2021, by […]