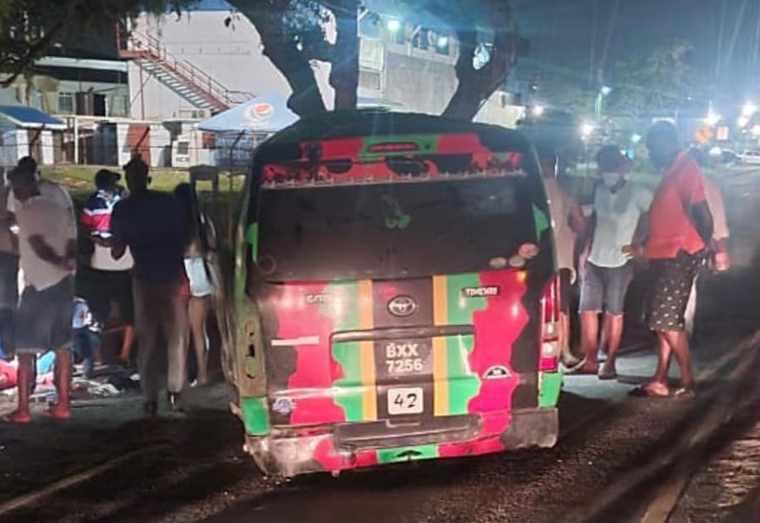 They were all passengers of minibus #BXX 7256 driven by Kevon Moore a 23-year-old of Five Door Koker Dam Land-of-Canaan, East Bank Demerara.

In a statement police said that enquiries disclosed the minibus with the passengers was proceeding to Land of Canaan. They were returning the Georgetown seawalls. The driver who was speeding lost control of his vehicle which turned turtle several times before coming to a stop. All of the passengers were taken out of the minibus by public-spirited citizens and taken to the Diamond Diagnostic Centre. Persaud and Edwards were seen and examined and pronounced dead on arrival, and are now at Carmina Funeral Home awaiting post mortem examination.

Mon Jul 19 , 2021
Support Village Voice News With a Donation of Your Choice. A former inmate of the Lusignan Prison was on Sunday night shot by a man whom he had met in jail and had threatened to kill him since then. Injured is Rawle Franklyn called “Rawle Dog”, age 33 years of Sparendaam Housing Scheme, East Coast Demerara. The suspect is known […]