Following the  recent publication of a notice of a number of radio, cable and television  broadcasters which the Guyana National Broadcasting Authority (GNBA) said are behind on their fees, several radio station proprietors are calling on the body to be lenient during this pandemic period.
On July 15 , the GNBA published a list with the broadcasters on the three mediums which are behind in their fees but the radio station operators believe that the high fee -G$2.5M- is too much to fork out at this juncture.

At the same time, some radio broadcasters believe that  political spite may be behind the recent calls on the entities to pay up the high fees.

Speaking on Benschop Radio 107.1 on Friday night, broadcaster Glen Lall, who operates Kaieteur Radio noted that the fee is just too much at this time. “We just can’t pay it, if we have to we will have to shut the place down,” as he noted that for years the radio broadcasters have been calling on the GNBA and those in authority to revisit the amount and reduce same.

“I think they are heading to close off , they want to shut off a few radio stations, that’s their aim,” he said of the recent GNBA notice, noting one has to read between the lines.

He said a month ago he received a letter stating he has to pay the broadcast  licence fee and he paid it. He said he paid $2.2M for the fee and now he is seeing another broadcasting fee. He said he wondered if everyone received the same letter and that he later found out that they did.

Lall said he found the move “shameful”, that the GNBA would go after the citizens for little taxes and revenues owed during this pandemic and go after business which are barely making money to pay light bills. He said another broadcaster, CN Sharma informed him that he has had to send home a number of his staff and he noted Sharma could not even pay his light bill.

Lall said if the leaders collect the fair share of taxes from the industries including the oil sector, those in power would be able to double the nation’s salary including those of public servants. He said if they did so no one would have to pay taxes, even light bills.

The Kaieteur News owner said that those in power are giving away the country’s resources for “next to nothing” and they are not collecting the relevant taxes in return.

Nigel Blackman, who operates HBTV Channel Nine as well as a radio station, 96.1 which falls under the Blackman and Sons brand, noted that the notice came as no surprise. He said last week his company received a notice from the GNBA that if they don’t pay the broadcasting fee their names would be published. Eventually their names were published, noting that only his radio station is behind in its fees.

Asked by host Mark Benschop if the move may be deliberate, Blackman said he believes it is 100% deliberate, noting that there are media houses which, once they broadcast certain content that are “contrary to the government of the day, the government normally respond by being repressive, withholding ads and this whole licence fee came out of that.”

But the issue of radio broadcasting fee has been contentious for years. Blackman said he dealt with the issue of the licence fee for about 7 to 10 years for which there is no solution or even a reduction. He believes that the issue lies in the broadcasting sector being discriminated against in the effort to “push out certain entities.”

He said only “certain entities” names keep coming up on the list of those owing the GNBA. He noted that  if one is the look at  who are the shareholders of those entities, it would appear that they always have a problem with the current government , although they may have had issues with the previous one.

How high is the fee?

The fee of $2.5M per year for the broadcast licence is charged for radio operators while they are also charged  almost $600,000 for spectrum fees, numbers which are said to be the highest in any part of the world.

Lall said his broadcast fee is US$30,000 per year , noting that he never thought about it until he signed a cheque . He said when he started Kaieteur Radio he paid little attention to it until when he initiated his own radio programme last September and he started to examine the fee.

Citing the high amount, he said he gave up his Essequibo Coast frequency on the radio spectrum noting that the light bill for his radio tower in Essequibo was in the vicinity of $1M per month.” So I said no it doesn’t make sense,” he added. He said he researched the issue and in the United States, radio broadcast fees are less than US$4000 per year.” This is ridiculous man,” Lall said in a frustrated tone.

Blackman said the issue is “completely irrational” noting that there has been no basis for the high fees and according to him, there is no legitimate cause tied to the fees being so high. “It has been put there arbitrarily, until now no one has claimed what it is for or how they came to that figure,” he noted.

Benschop, who broadcasts on his radio station Benschop Radio 107.1FM, noted that persons may ask why the broadcasters entered the business while knowing the fees may be so high. Lall noted: “honestly I did not know the fees, I swear I did not check on the fees.” He said that he is not focusing on fees and money but rather what he can do for the country with the medium. He said once he knows the medium can reach the public, he is happy with the outcome.

Blackman noted that the broadcasting industry has been searching for ways to legally address the issue and he has discussed the issue with several attorneys. He said they are now examining it from the aspect of the Constitution of Guyana. He plans to share this viewpoint with other broadcasters.

Benschop recalled that in 2014 former Chief Justice Ian Chang ruled that the broadcasting fee was too high.  He recalled former Minister of State, Joseph Harmon calling on broadcasters back in 2013 not to pay the fee since it was too high. “But yet when the coalition got into office people continued to pay the fee,” he added. Blackman recalled being threatened to pay the fee back then also, with threats to withhold the fee, a move he said seemed ironic coming from Harmon and other members of the last government.

Lall said when the politicians are out of office, they sell the impossible dreams and once in power, they would forget the “dreams and they would continue like normal.”

He said the issue of the fee may be a well thought out plan being pursued by the GNBA and those in authority, noting that they are working around the clock to shut down the broadcasters. “Because I have not been nice to any of the political parties in this country, they have sold this entire nation out , they will try anything in their power to shut down the Kaieteur Radio , the Kaieteur newspaper,” he added.

The state-owned National Communication Network (NCN) is also on the list of defaulters.
Lall noted that if that entity cannot pay the fee, with the hundreds of millions that entity receives from state advertising , one can imagine the state of the smaller broadcasters.

The broadcasters plan to write the GNBA on the issue, with an appeal being planned for the body to reduce the high fees.

In the notice the GNBA said over the years it has incorporated a number of mechanisms to assist broadcasters to become financially compliant. The Authority said it has been very patient and lenient.

“This notwithstanding, GNBA continues to face an arduous task of obtaining Broadcast Licence Fees.  Broadcasters are being urged to make every effort to be financially compliant with the Authority. Importantly, be reminded that GNBA is empowered to take action against delinquent broadcasters. We are therefore requesting that the broadcasters listed above honour their obligations at the earliest,” the notice read.

After royal runaround for a job; Linden youth opens own business

Sun Jul 18 , 2021
Support Village Voice News With a Donation of Your Choice. …advises youths to make ‘make money from your passion’  By Naomi Marshall  Growing up, the plan is most times to attend school, graduate, get a job and live comfortably. However, in Region 10 where the unemployment rate is very high, the reality is that most students graduating from high school […] 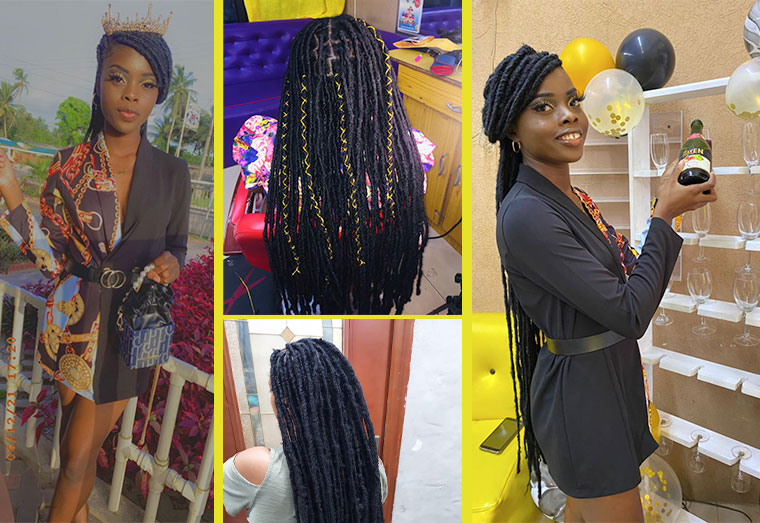