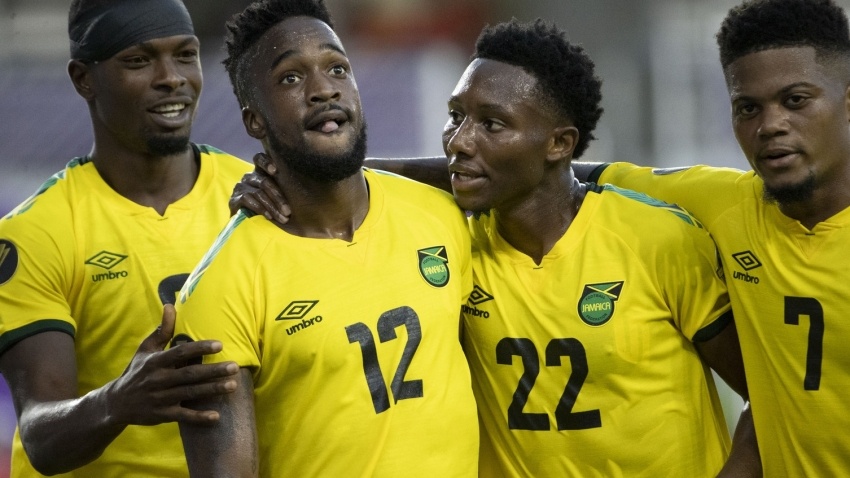 (SPORTS MAX) Guadeloupe put up a good fight, but Jamaica’s experience provided a slight edge for the Reggae Boyz in a 2-1 victory.

Guadeloupe started brightly with an early goal. In the fourth minute, The Gwada Boys took advantage of a failed set piece from Jamaica and counterattacked. An awkward deflection off Jamaican defender Amari’i Bell got past his own keeper — giving Guadeloupe the 1-0 lead.

The opening goal livened up the match as Jamaica kept pressing Guadeloupe in search of an equalizer.  Jamaica would get a response just 10 minutes later via a counterattack that caught the Guadeloupe defense off guard. Jamaican striker Cory Burke was able to line up the ball perfectly to score at the far post. This is Burke’s seventh goal in 17 caps with the team.

After an exciting opening 15 minutes, both sides played more cautiously to end the first half. In the second half, it was clear neither side wanted to finish the match with a draw.

Jamaica began to pick up momentum and started to push more players up. In the 62nd minute, Jamaica forward Shamar Nicholson came close to giving his team the edge buthe missed an opportunity by sending the ball flying over the net.

Guadeloupe would fight back and generate opportunities of their own, but also struggled to find the goal. Finally, in the dying minutes of the contest, the Reggae Boyz wouldn’t be denied.  Jamaica striker Junior Flemmings used some nifty footwork to get past the rival defense and drove a left-footed finish through the legs of Guadeloupe goalkeeper Yohann Thuram- straight into the back of the net. It secured a crucial result for Jamaica, who now sits on top of Group C with six points.

Sun Jul 18 , 2021
Support Village Voice News With a Donation of Your Choice. (Sports Max) Evin Lewis blasted nine sixes and the West Indies to a 16-run victory to complete a 4-1 T20I series triumph over Australia in St Lucia on Friday. Batting at the top of the order, Lewis smashed 79 from 34 balls, including four fours and nine sixes to get […]