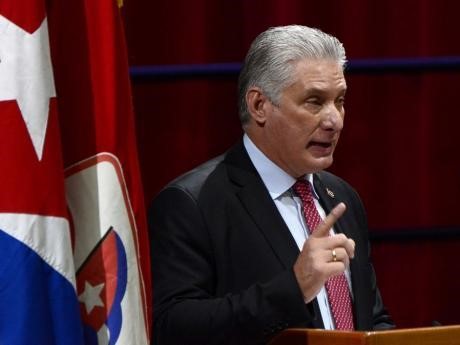 HAVANA, Cuba, CMC – Cuban President Miguel Diaz-Canel has denounced the distribution of what he says are “false images” of the unrest that rocked the communist country recently.

Speaking during a rally attended by thousands of supporters, along with former president Raul Castro, Diaz-Canel said what the world is seeing of Cuba “is a lie”.

There is an “overflowing hatred on social networks,” the president said.

He was speaking six days after historic demonstrations against the communist government.

During the protest, one person died and more than 100 have been arrested, including independent journalists and opposition activists, in one of the worst economic crisis in decades.

Stemming from the protest, Cuba cut off internet access for three days after the demonstration erupted last weekend.

Sun Jul 18 , 2021
Support Village Voice News With a Donation of Your Choice. …reiterates strong measures and fines  PORT OF SPAIN, Trinidad, CMC – Trinidad and Tobago on Saturday re-opened its borders after a 16-month closure due to the coronavirus (COVID-19) pandemic, with authorities reiterating that stringent measures and fines would be applied to persons seeking to beat the system put in place […]