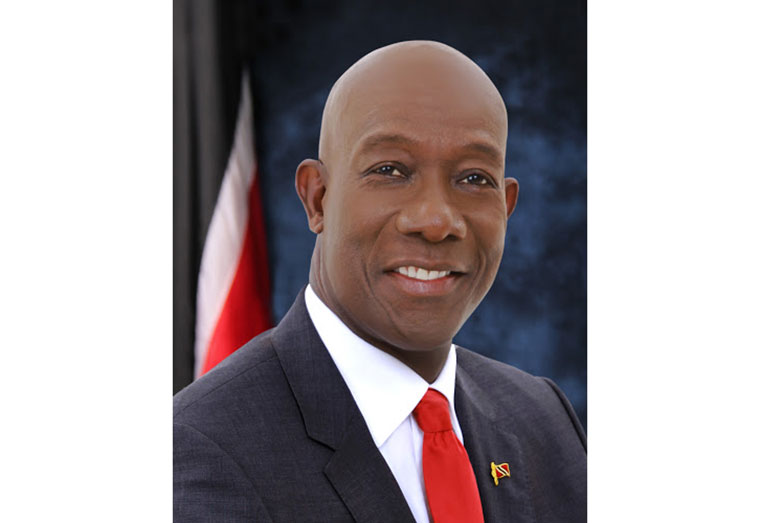 PORT OF SPAIN, Trinidad, CMC – Trinidad and Tobago on Saturday re-opened its borders after a 16-month closure due to the coronavirus (COVID-19) pandemic, with authorities reiterating that stringent measures and fines would be applied to persons seeking to beat the system put in place to curb the spread of the virus.

Prime Minister Dr Keith Rowley, speaking at the weekly news conference, said that he had received reports that on the very first flight to have arrived, some passengers were seeking to beat the system

“This is a huge step we are taking, but we are taking it knowing that we are still under threat but we are also operating with significant cautions and you were told before what are the conditions for entry.

“Unfortunately I can tell you that in the first shipment of people into the country, the very first one, we had an instance of people not wanting to cooperate with restriction. I want to make it clear again that we are not giving any passes to people who believe that they are smarter than the rest of us,” Prime Minister Rowley said, telling reporters he would not want to elaborate on the incident on the first flight that had arrived here from Guyana, “because it might become a legal matter for some individuals.

“There are some people who believe all of us are stupid. We have regulations and rules and we are going to enforce them rigorously to protect the population of Trinidad and Tobago,” Rowley said, adding that decisions made are for the protection of the population and “are not open for second guessing by others.”

The authorities, prior to the re-opening of the airport, had outlined a series of measures, including the need for a PCR test prior to arriving and warned that unvaccinated non-nationals would not be allowed into the country. In addition, the Parliament approved of fines in excess of TT$300,000 for persons who contravene the measures on arrival.

Rowley said, notwithstanding the situation on Saturday at the airport, “I expect that it will go smoothly and that would include law enforcement as well”.

Minister in the Prime Minister’s Office, Stuart Young, told reporters that so far only the state-owned Caribbean Airlines (CAL) has regular scheduled flights operating from the Piarco International Airport and that the other airlines would soon be making their schedules available when they are ready.

“We know a commercial flight came in from Guyana this morning, we got the system up and running,” he said, reminding potential passengers wanting to travel to Trinidad and Tobago that they would need to apply, get certification.

‘So far the system has shown it is a very robust system with hundreds of people applying,” Young said, adding “you can only get that certification 72 hours before entering Trinidad and Tobago.

The government is hoping that with its ramped up national vaccination programme, by mid-August, the economy should be well on to being fully re-opened and with the authorities being able to announce plans for the reopening of schools.

Rowley said that he is also hoping that discussions with the United States on the gift of vaccines as promised would bear fruit soon and that Port of Spain is anticipating that Washington would be providing the Pfizer vaccine, which has been approved by the World Health Organisation for children 12 years and over.

He said if those vaccines become available it will be used only for children of High School age so as to ensure that that segment of the population is also vaccinated against the virus.

“We took a long time to get here and I am keeping my fingers crossed,” Rowley said with respect to the donations by the United States. Rowley also said that his administration has not at this time taken any decision regarding taking the vaccines mandatory, but he is pleased that the debate has started here urging the population to take the vaccine that is being handed out voluntarily.

Sun Jul 18 , 2021
Support Village Voice News With a Donation of Your Choice. Dear Editor On behalf of the Barbadian Rastafari community, Rastafari Progressive Movements (RPM) stand in perfect solidarity with the Guyanese Rastafari community, who are vehemently advocating for their human and constitutional rights to be recognised and respected as it pertains to cannabis use. Based on the findings and recommendations of […]