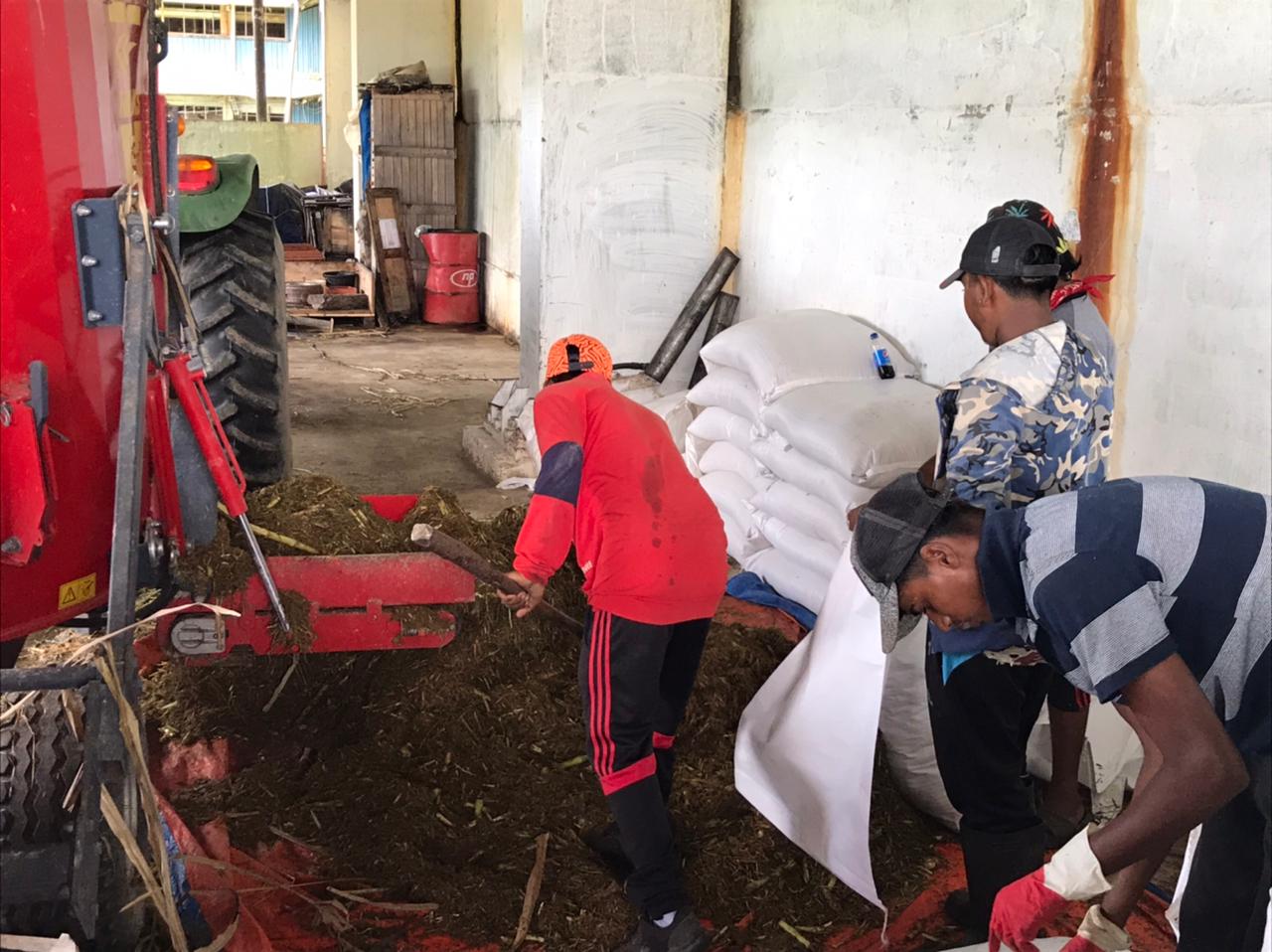 Since the flooding began across Guyana, the Guyana Livestock Development Authority (GLDA) has been on the ground assessing various situations and lending support to affected farmers. The current state of the flooding across Guyana continues to be detrimental to not just residents, but livestock and poultry. Sometime last week, it was announced by the Head of State, Irfaan Ali that Guyana is experiencing a Level 2 disaster and this was advised by the Civil Defence Commission (CDC).

Presently, over 15,000 animals are in the backlands of Kokerite Savannah, East Berbice Corentyne that are being relocated to higher grounds every day; hundreds have already died. This is just one of the many farming areas that has been affected by the countrywide flooding. Farmers of Black Bush Polder are suffering tremendous losses as many of the cattle currently in Kokerite savannah continue to die every day.

When the flooding was in its early stage, some small scale cattle farmers were able to remove their cattle from Kokerite savannah; however, the major concern for other farmers was finding a ‘place’ to take their animals since some of them own hundreds of cattle. With such a vast amount of cattle dying, a greater concern for the people is the increased price for the commodity that will follow.

The Guyana Livestock and Development Authority has been combing the backlands area in search of high lands to relocate the animals. In Kokerite Savannah they were able to locate a piece of dry land on the irrigation canal dam and have since been moving the animals there to rest but that has its disadvantages as the animals still have to be fed and it is quite a difficult task to take the feed via boat into the savannah. Dr. Grayson Halley, Chief Executive Officer of GLDA, said the irrigation canal dam can only accommodate a specific number of animals and as such they have been moving the calves, pregnant cattle and the weakened ones to that area. He said the GLDA has also been encouraging farmers to locate high grounds in the housing area so that it can allow the team to give the animals, especially the weakened ones proper treatment and allow the others to have access to food and healthcare as well.

“We prefer that they come in the housing area so we can tackle them there because we can be able to take care of them evenly and better. To get the feed and treatment there by boat is kind of tedious so if they can bring them out closer to the road it will be better. But we know that has its downside too because residents will complain that the animals are on the road, that they are breaking the dam and those kinds of things. However, we do have a commitment from the president that he will repair whatever dam is damage once the weather permits because it is an emergency now for these cattle and so we have to do everything to bring them to safety or else it will have a significant effect on our cattle population in Guyana”

As it relates to cattle only, over 60,000 have been affected in Region Six and this is according to Dr. Halley who also noted that this flooding is quite a disastrous one for the livestock population, not only in East Berbice Corentyne but Guyana at large. He noted that aside from Kokerite Savannah, the GLDA was made aware of the losses farmers suffered in the 52/66 cattle pasture as well as the Tain backlands area.

“We are trying to save the animals right now but the problem will come after the flooding is over and then is when the mortality rate will go up. When the water goes and the mud remains, these already weakened animals will be stuck in the mud and then we will have mass death. I have been moving around the country and going to these areas to assess the situation and see what can be done and what system can be put into place to avoid this from happening. Flooding will come again and to avoid this from reoccurring; immediately after the flooding we will be looking to create high dams within the pasture so that we don’t have to move the animals when the rain falls and the area is flooded. With high dams, the animals will be able to rest and the thing with cattle is that they can tolerate a lot of water but the problem comes when it’s time for them to rest”

Halley also noted that GLDA is committed to providing healthcare and ambulatory service to support the animals as it is common to have water borne diseases around this time. With hundreds of weakened animals, Halley noted that those said animals are the ones who will be more susceptible to these diseases and biological agent bacteria.  He stated that teams from GLDA have been moving around various areas and treating animals as well as giving advice to farmers on how to build pens for the animals and how to move them. While this effort from GLDA was not budgeted for, Halley said they will continue to support farmers in an attempt to save the animal population, however, he further stated that they will be lobbying with the Government to have some additional resources to support this initiative which was undertaken by the Guyana Livestock Development Authority.

Aside from the medical care and efforts by GLDA to relocate thousands of animals, not only in Region Six but in other affected areas where the cattle population is huge, the Guyana Livestock Development Authority has also taken up the responsibility to produce feed for the animals. This operation is being done at the Skeldon Estate.

The GLDA has been producing in excess of 100 bags of feed per day which they then distribute to farmers in all the affected areas as well as the savannah. With many of the animals being weak, the GLDA has been producing a compact meal for the animals which consist of the Pennisetum purpureum commonly known as the elephant grass or Napier grass which has a high fiber content, wheat bran, rice bran and mineral salt. This according to Dr. Selwyn Anthony, Senior Livestock Extension Officer, is a much more healthy meal rather than just giving the animals’ pure bran to eat as that will cause them to be bloated and may also result in other health conditions. He further stated that the meal is so compact that it is enough to maintain the animals throughout the day.

“The feed is a mixed ration and it is already dry so the animals are not taking in too much liquid. The important thing is rumination or the first set of chewing that is required is being eliminated by the machine that we used to produce the feed. In that way, the animals will spend more time going through the process of digestion instead of mastication.” GLDA continues to work assiduously with farmers during this time to assist them as they try to save their animals.

Mon Jun 14 , 2021
Support Village Voice News With a Donation of Your Choice. (BBC Sport) The Phoenix Suns reached the Western Conference finals for the first time in 11 years with a 125-118 win over the Denver Nuggets – sweeping their best-of-seven series 4-0. Chris Paul top-scored for the Suns with 37 points while team-mate Devin Booker added 34 points and 11 rebounds. […]