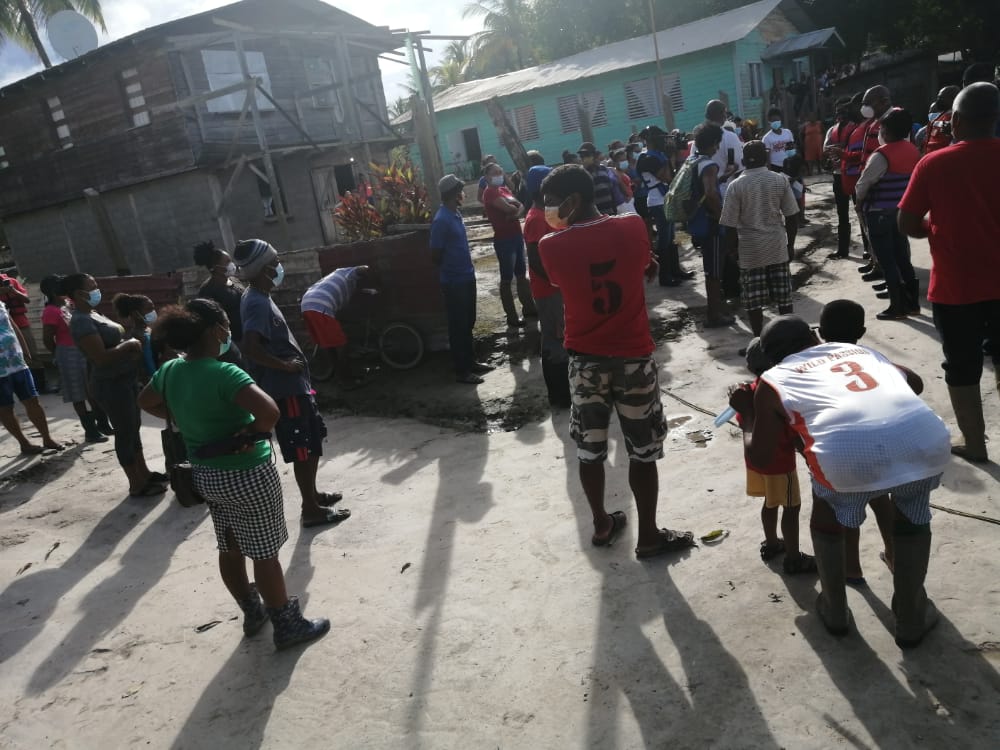 The Civil Defence Commission (CDC) on Sunday activated its Volunteer Corps to support and provide relief to residents in flood affected regions.

During an Emergency Volunteer Meeting held via Zoom, Director General, Lieutenant Colonel, Kester Craig told the more than 45 volunteers in attendance to be on standby to offer support in the areas of emergency response and monitoring, packing of hampers and shelter management across the country.

The Director General said that with the activation of the Regional Disaster Risk Management System, support will be needed at the level of the Municipalities, Regional Democratic Councils and Neighbouring Democratic Councils, CDC said in a release.
“Over the years, we have been working hard as possible in the 10 administrative regions to develop our regional response mechanisms. In some regions, especially those that are impacted regularly by events, the system is more oiled…where in others, the system is very rusty…with the support from central government, we will support them where they have deficiencies”, he noted.

The Director General said support is also needed for the Commission’s National Emergency Management System (NEMS) which has been receiving an influx of messages and telephone calls concerning flood activities in affected regions.
“I’ve directed that all of those calls, missed calls must be returned, and get the information from those people as far as possible”, the Director General said.

Volunteers were also told of the possibility of setting up more shelters in flood affected areas and as such Shelter Management support may be needed. Volunteers trained in this area were told to be on standby as their expertise will be required. Shelters have been set up in Regions 9 and 10 with calls for shelters in Region 5.

As it relates to the level of impact, the Director General stated that the situation can be considered a Level One response but if heavy rainfall continues it can escalate to Level Two which will be more labour intensive, thus requiring support.
The CDC has committed to monitoring all areas across Guyana during this prolonged rainy season and encourages persons to register as a volunteer.

Tue Jun 1 , 2021
Support Village Voice News With a Donation of Your Choice. Yesterday, Mr. Paul Slowe, Chairman of the Police Service Commission (PSC) gave an interview about the present impasse in the Commission that is nothing short of revealing. Mr. Slowe was detailed and thorough in the information he presented which suggests evidence of documentation along the way. His interview was a […]