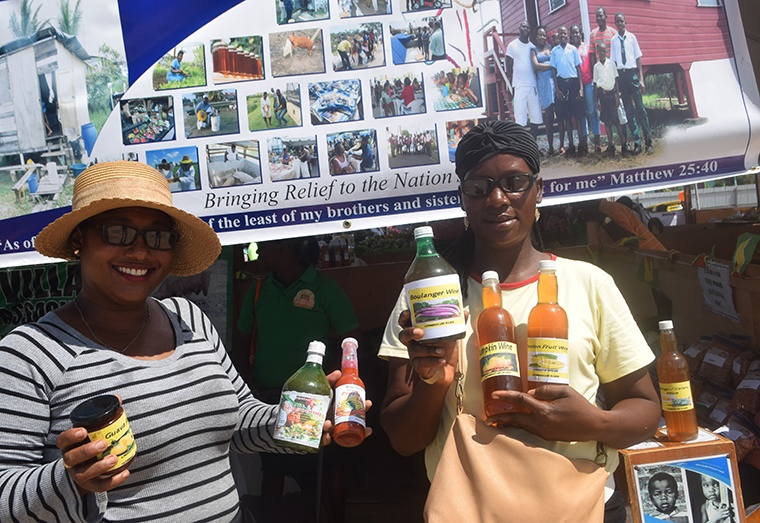 Women for Change Agro Processors (WFCAP) of Bel Air West Coast Berbice are taking their operations to the next level by acquiring labels for their products which include nutritional value as well as the bar codes used in retail stores as part of the purchase process.

The resultant upgrade will help the group to increase its production and to acquire additional markets and greater competitiveness within the agro-processing subsector, President Ms. S McAlmont told Village Voice News recently.

Ms. McAlmont said that the Group is pursuing certification from the Food and Drugs Department with direct assistance from the New Guyana Marketing Corporation (NGMC).

She said: “A representative from (WFCAP) met with the Marketing Manager of the NGMC last week. He listened to us and he agreed to assist and we are now working with his Department to get required documentation for the products,  hopefully  within a month to six weeks.”

WFCAP is based at Fort Wellington West Coast Berbice and most of its members are from the Bel Air St John and #22 villages and their environs. The group was formed in 2012 with the aim of empowering women in these villages,  including women who are heads of single parent families,  with the means of improving the quality of their lives and the lives of their families.

FFP assisted with a cash donation on $3M and then other equipment such the Fridge the blenders and so on.

Since then, members have been producing   condiments such as hot peppers and green seasoning, achar, jams and fruit wines.

McAlmont disclosed: “At first we bought the raw materials we used to make the hot peppers and green seasoning but we have since established our own cultivation plots and are now self-sufficient in raw materials.”

The group has been selling its products mainly to business places in Hopetown and its environs. The women were restricted from selling to supermarkets and bigger stores further afield because of the lack of labels including nutritional value of contents and bar codes.

McAlmont told Village Voice News: “Despite the setbacks, COVID 19 included,  we are still active. We want to expand production to a wider range of condiments; to get access to new and bigger markets and to take our operations on behalf of the wellbeing of our members,  to the next level.”

PIX: WFCAP officials Vice President Elvina Emmanuel  (left) and Committee Member Vanessa Simon with some of their produce at a recent food fair and exhibition

'Rough years' for Linden family about to end

Mon May 31 , 2021
Support Village Voice News With a Donation of Your Choice. By Naomi Marshall With help from residents and the diaspora, a Linden family of eight will soon move into a brand new home. Over the past 13 years, Yonikaa Stewart and her seven children have been living in a shack in the Wismar Housing Scheme, Linden without any electricity or […]