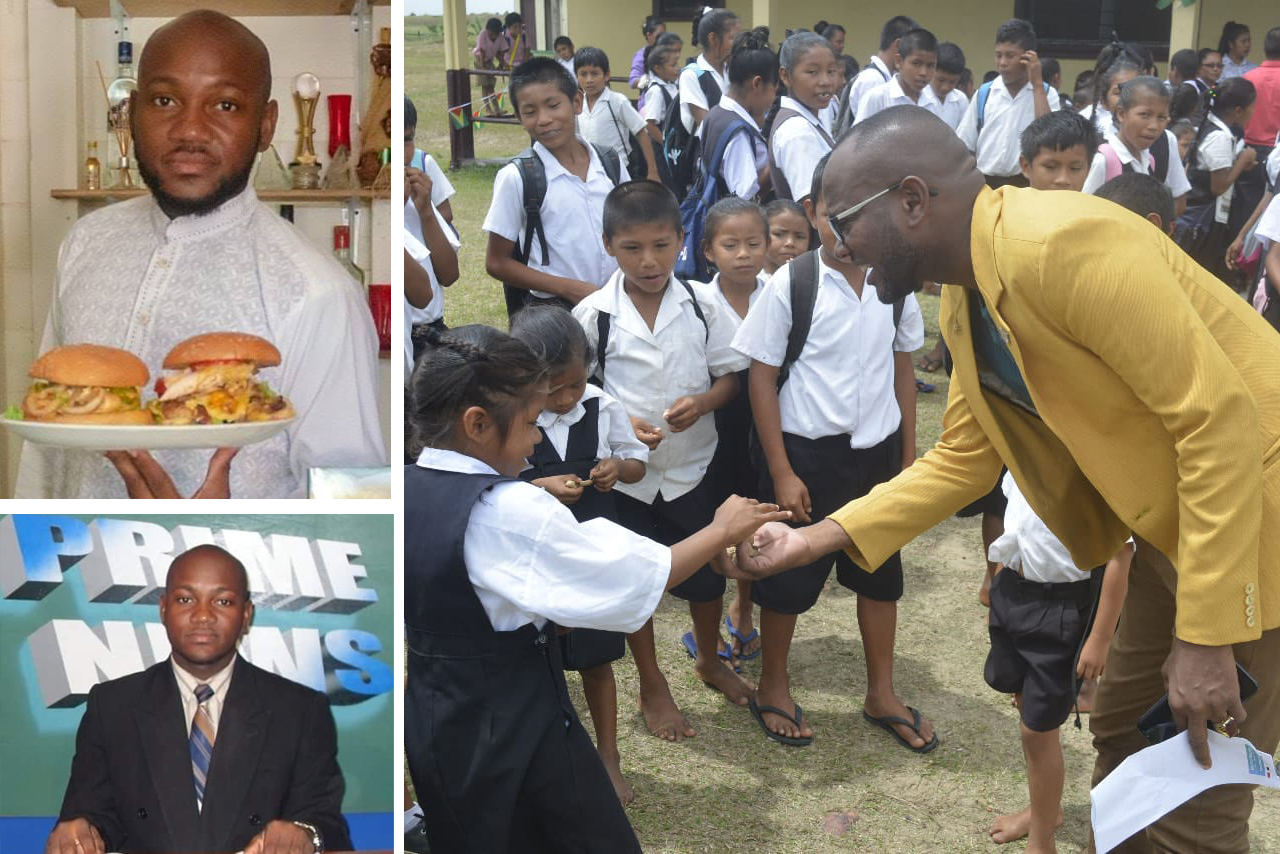 By Lisa Hamilton
On Monday, Minister of Health, Dr. Frank Anthony confirmed the death of former journalist, Mondale Smith as a result of COVID-19. Smith was admitted to the COVID-19 ICU last week and died from varying complications.

Hundreds of persons who knew Smith — including his colleagues in the media — have since taken to social media to express their grief.

Smith grew up at Henry Street, Werk-en-Rust, Georgetown but also lived in other communities such as East La Penitence and in other countries such as Suriname.

In December 2020, while on the local YouTube show ‘IntoxicatedTV’, he presented a synopsis of the major experiences in his life which were challenging but which moulded him into the person he was.

Smith detailed that he grew up in several abusive environments. His mother fled an abusive relationship to save her life so, as a youngster, Smith lived with relatives and with other persons who were abusive to him physically, verbally and sexually.

“I was not a planned pregnancy and I have no issues with that. What God has done for me, it made me realise that everything happens for a reason,” he said on the programme.

“If I were to go back in time, I’d be very honest with myself and say ‘run away’. But then again, if I ran, then I wouldn’t be the individual that I am today.”

He was a smart child who would do very well in school though this did not lessen his ill-treatment. Smith would have to cook for his family — along with other responsibilities — from the age of nine. He would immerse himself in reading — sometimes a book of bible stories — to keep himself mentally grounded.

On the programme he encouraged young people who may be facing similar circumstances to “hold the faith” because circumstances can change when they become older. He also urged them to find someone they can confide in and receive useful advice from.

Years would pass and he would pass through High School, achieve several diplomas and certificates and enter the world of work.

He would eventually serve as a journalist at Prime News and the Kaieteur News. While at Prime News he won the award of the Second Best Young Journalist.

He was also previously a Newspaper Editor at the Today’s Newspaper in St. Maarten; Personal Assistant to the Minister of Education; Public Relations and Communications Officer at the Ministry of Education and the Department of Culture, Youth and Sport; a radio talk show host/news presenter at MEGA 102.1 FM; the Marketing Manager of CARICOM Bottling Company Inc and more.

Added to these positions, Smith was also outgoing in the creative field. In 2007, he placed third place at the GTT Jingle and Song Competition. Before then he was the winner of the Guyana Broadcasting Corporation (GBC) HIV Song contest and the winner of the BANKS DIH Star Search Guyana in 1993.

Smith was the Chief Executive Officer (CEO) and Owner of Chef Mondale’s Kitchen for several years where he offered creole dishes and other healthy foods cooking from Princess Street, Wortmanville.

It was his experience in cooking from a young age that helped him develop his skills later into his own form of perfection. “You can use these little mishaps to become opportunities for intervention. Many of my relatives thought that they were pressuring me when they were forcing me to cook food for all the people…[but] cooking is therapy for me,” he said.

His goal was to eventually have his own franchise in countries around the world. He was also a part of several charity initiatives.

Describing himself back in December 2020, he said: “Mondale is an almost 44-year-old individual who is a free spirit, loving God. But, aside from loving God, I like being as real as ever and I’m not afraid to tell you and speak my truth. I don’t believe that anyone has to subscribe to my truth but I do believe that I should be allowed to speak and live my truth.”

Smith said that then he loves people and believes in seeing the best in everyone. He was the father of four, inclusive of a twin. He was also a grandfather.

Asked what are some of the values and morals he had grown to pass on to his children, Smith listed forgiveness. He said: “You’re only human and every experience teaches you a lesson. However, what you do with the lesson will determine whether you will be bitter or better. That is to say, something bad happens to you? Don’t only wallow in self-pity but ask yourself ‘what can I take away from this experience to make me better?’”

In a statement on Monday, the Guyana Press Association (GPA) expressed its condolences to Smith’s family, friends and media colleagues.

The Association noted that Smith began his career in the media in the early 1990s at the Guyana Broadcasting Authority. He later joined the Evening News and eventually became one of the faces of Prime News newscast. Smith would later work at Kaieteur News among several other places.

“Throughout his media career, he never backed down from a challenge or a story, he was known for his many stand-ups and for going after stories that showed the reality we lived in. All of this spoke of Mondale’s versatility and love for journalism, he was always eager to tackle an issue or go after a story. Even as Mondale had moved on to another career, he would share stories or highlighted issues that came to him. The GPA extends condolences to Mondale’s family and to all the lives he has touched,” the Association stated.

Mon May 31 , 2021
Support Village Voice News With a Donation of Your Choice. Though not denying that he made contact with the Chairman of the Police Service Commission, Paul Slowe thrice between September and December, 2020, President Irfaan Ali, on Monday, said he never attempted to influence the promotion of certain senior police officers within the Guyana Police Force. “I find it convenient […]