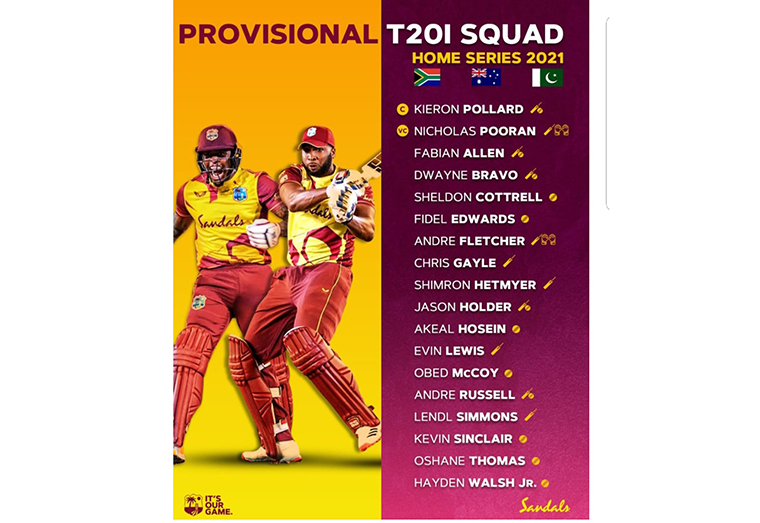 ST JOHN’S, Antigua — The Cricket West Indies (CWI) Selection Panel announces a provisional 18-man squad ahead of the three back-to-back five-match T20 International (T20I) Series against South Africa, Australia and Pakistan.
The expanded squad maintains the blend of experienced players with exciting young talent as the West Indies continue preparations in the build up to the defence of their ICC T20 World Cup title, to be held in India in October-November 2021.
Sheldon Cottrell, Shimron Hetmyer, Andre Russell, Oshane Thomas and Hayden Walsh Jr. return alongside the majority of the squad who featured in the 2-1 T20I Series victory against Sri Lanka in March.
The provisional squad will quarantine and train in St. Lucia ahead of the first T20I Series against South Africa starting on the June 26 at the Grenada National Cricket Stadium. The official squad will subsequently be selected and announced ahead of each Series.

“The Provisional T20I Squad was put together with all T20I Home Series Matches against South Africa, Australia and Pakistan in mind. This gives us the opportunity to continue to build towards the upcoming World Cup and to determine our best squad and our ideal eleven.”

The West Indies Head Coach, Phil Simmons, is confident going into the summer and looking forward to the World Cup and he commented:

“These upcoming T20Is are crucial in terms of our preparation for the ICC T20 World Cup. We have assembled a very solid squad — with experienced world-class match-winners and some exciting young talented players, ready to explode onto the global stage and do great things for West Indies cricket.”

“We are at that point where we have identified those who we will look to be the core of the squad to defend our World Cup title, so we want to make sure the upcoming matches create that environment — the way we train, the way we plan, the way we execute and the chemistry within the group. We won five years ago, so the next few weeks and months will be major steppingstones on the road towards defending our title and being World Champions for a third time.”

The Men in Maroon are the defending ICC T20 World Champions and also lifted the title in 2012.
Cricket West Indies (CWI) has been working closely with regional Governments, their Ministries of Health and CARPHA to ensure the training camps and matches can proceed within a bio-secure environment. All players and support staff will undergo rigorous COVID-19 testing prior to and during each of these engagements.

Tue May 18 , 2021
Support Village Voice News With a Donation of Your Choice. —says Nicolette Henry Former Minister of Education, Dr. Nicolette Henry said while the Education Sector is ever evolving, any decision to eliminate the National Grade Six Assessment (NGSA) will require a national consultation with key stakeholders, as well as due diligence. It was Education Minister Priya Manickchand, who in recent […] 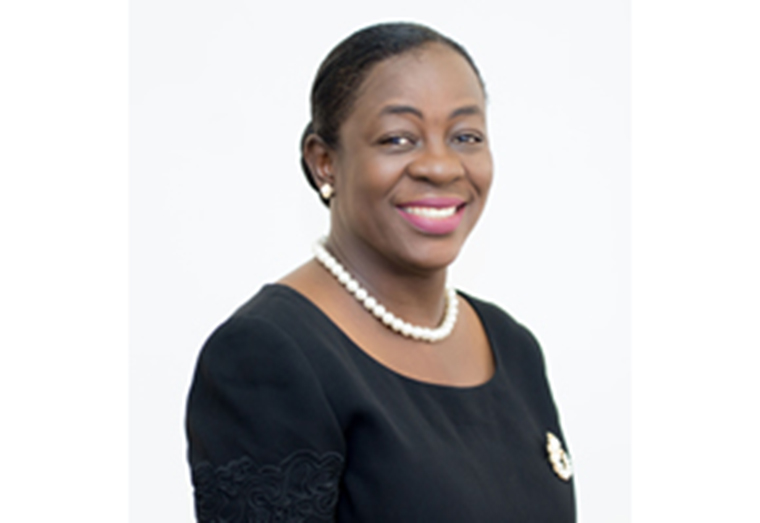