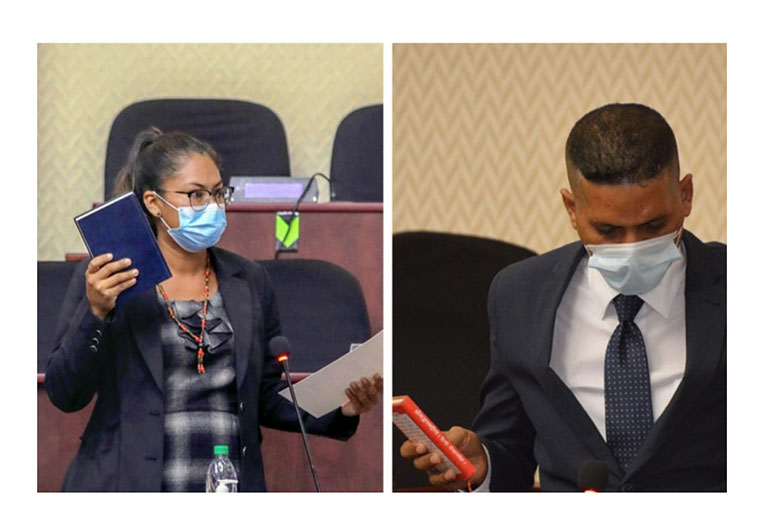 Christopher Jones, the Opposition Chief Whip, in December 2020, had moved to the High Court to have Browne and Ramkissoon removed as Parliamentary Secretaries on the grounds that their appointments are unconstitutional and on that basis, they are unlawful members of the National Assembly of the 12th Parliament of Guyana.
Through his battery of lawyers led by Senior Counsel Roysdale Forde Jones argued that because Browne and Ramkissoon were named on the People’s Progressive Party/ Civic (PPP/C) List of Candidates, they could not have been constitutionally and lawfully appointed Parliamentary Secretaries, having not formed part of the 33 Members elected to serve on behalf of the PPP/C, in the National Assembly.

Forde had relied on the – Attorney General v. Desmond Morian, in which both the High Court and Court of Appeal had ruled that the then Minister within the Ministry of Social Protection, Keith Scott and the Minister of Citizenship Winston Felix could not have sat in the House as Technocrat Ministers on the basis that they were listed on the A Partnership for National Unity + Alliance For Change (APNU+AFC) List of Candidates.
On Tuesday the Chief Justice ruled that the case of Morian is no different from the one brought by Jones. Ruling in favour of the Opposition Chief Whip, the Chief Justice (ag) declared that Browne and Ramkissoon’s appoinments are unlawful.
More details to follow….

Tue Apr 20 , 2021
Support Village Voice News With a Donation of Your Choice. Former Minneapolis policeman Derek Chauvin was convicted of murder on Tuesday in the arrest of George Floyd, a milestone in the fraught racial history of the United States and a rebuke of law enforcement’s treatment of Black Americans. The 12-member jury found Chauvin, 45, guilty of all charges including second-degree […] 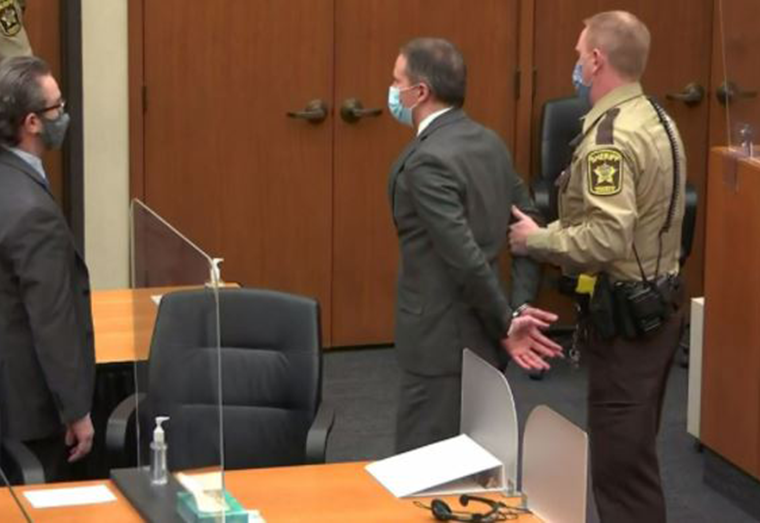