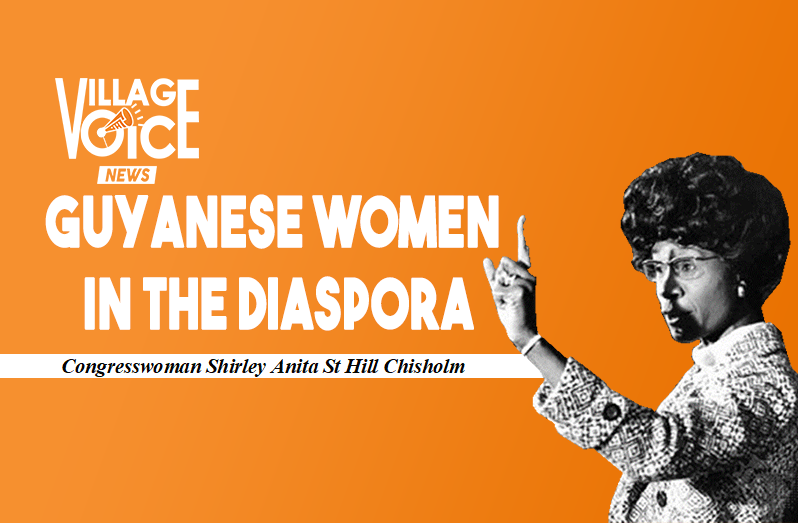 The world sat up when then Democratic presidential candidate, Joe Biden, chose then Senator, Kamala Harris, as his vice presidential running mate. The United States (U.S) is said to be the world’s greatest democracy but Americans never elected a woman to be president or vice president until 2020 when the Biden/Harris ticket won. That is 244 years after its independence because America’s history is not without warts such as racism and sexism, including women having to fight for the right to vote, which was won in 1920.

In 2000, when Secretary Hillary Clinton won the Democratic Party’s presidential nomination there was excitement that finally, with hard work, a woman would be able to break the ultimate glass ceiling by winning the presidency. That was not to be. Although Hillary won the popular vote by almost three million under the Electoral College system, where she needed the majority of votes to secure the presidency, she fell short.

Thus, Kamala’s selection in 2020 created both excitement and concern for Guyanese women in the diaspora. Though she is American by birth she is too part of us. Her father, Donald Harris, is from Jamaica and mother, Shyamala Gopalan, from India. Both parents are of the ethnic linages of Guyana’s two major races and Guyanese could identify through common historical locations and experiences. The concern about her candidacy was whether Americans were ready for a woman but also a woman of colour.

Herstory- before Kamala there was Shirley

But before there was a Kamala Harris of West Indian/Caribbean, Indian and African intersectionality, there was a Shirley Anita St. Hill Chisolm who, in 1972, ran for nomination as presidential candidate in the Democratic Party. Shirley was the first woman and first African American to seek the nomination for president of America from one of the two major political parties. During her campaign she positioned herself as the “candidate for the people.” Hers was a bold effort, coming shortly after the roaring 1960s when African Americans were frontally challenging the status quo for Civil and Voting Rights which subsequently became law. She dared to take the political stride when it was taboo for women and people of colour to tread.

Shirley was born in America on November 30, 1924 to Guyanese and Barbadian parents. Her father, Charles St. Hill, was born in British Guiana (Guyana) and mother, Ruby St Hill, in Barbados. She died on January 1, 2005 but it was her wish for “history to remember [her] not as the first black woman to have made a bid for the presidency of the United States, but as a black woman who lived in the 20th century and who dared to be herself. I want to be remembered as a catalyst for change in America.” A change she was.

In 1964 she was elected to the New York State Legislature, becoming the second African American to win a seat. Four years later (1968) she was elected to the U.S Congress where she served seven terms, retiring in 1983. During her congressional period she introduced more than 50 pieces of legislation, championed racial and gender equality, the plight of the poor and ending the Vietnam War, earning her the sobriquet “Fighting Shirley.” In 1971 she co-founded the National Women’s Political Caucus, and in 1977 became the first Black woman and second woman ever to serve on the powerful U.S House of Representatives’ Rules Committee.

Shirley’s run to win the presidential nomination in the Democratic Party, that is presently known to be the choice of minorities, was with challenge to the political status quo. When she was not allowed by the party to participate in televised debates, rather than accept rejection, she fought back. By taking legal action she was permitted to make a speech, even though one. In the primaries, 12 of which she participated in, she won 152 delegates. This represented 10 % of the total delegates vote. Her courage was unquestioned and undeterred even though her campaign was under-financed and she had to deal with rivalry from the predominantly male Congressional Black Caucus.

Shirley was indeed her own woman, “Unbossed and Unbought” which is a fitting title to her autobiography and motto by which she lived. Most importantly, as African American and female, she cleared the political forest for Vice President Harris to walk after. Indeed, Shirley was “a catalyst for change in America” and deserving to be remembered as such.
Source: internet

Sun Apr 11 , 2021
Support Village Voice News With a Donation of Your Choice. A Disc Jockey is nursing stab wounds  to his face following a brawl with one of his colleagues at the HJ Boom FM radio studio Saturday evening. The incident occurred around 20: 45hrs at the radio station’s  Lance Gibbs St. Queenstown headquarters. Injured is  28-year-old Radio DJ Yannick. The suspect has […]