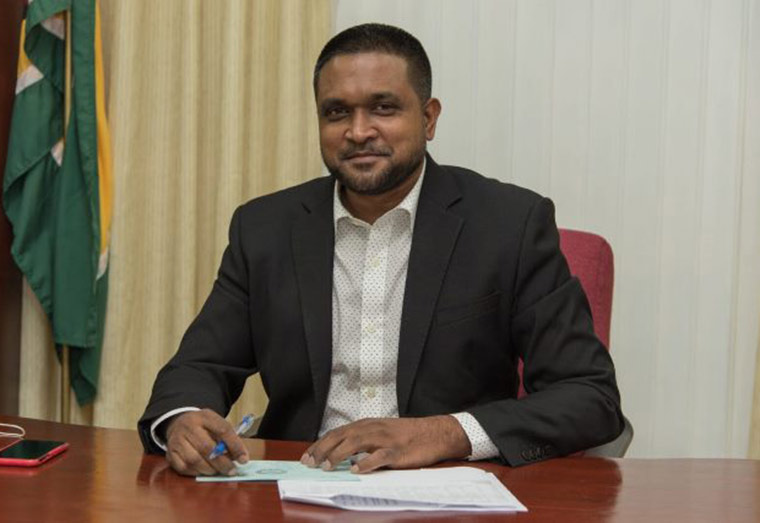 Minister of Local Government and Regional Development, Nigel Dharamlall has said close to $1 billion is expected to be disbursed during the second phase of the Government’s $25,000 per household COVID-19 relief cash grant.

This distribution will focus on ensuring the 16,000 holders of the pink slips/query forms are served. As happened during the first phase, residents in hinterland communities will benefit first. Minister Dharamlall said once the process has been completed in the outlying regions, distribution will start along the coast.

“The reason [we started] at the hinterlands regions because they are much more vulnerable households. It is very expensive to live in those areas and they are not so accessible to services of the Government as other regions, and so we thought that it would be best to start paying in those regions first.”

The $1 billion, the Minister said, would ensure that all households benefit, honouring the pledge made by President Dr. Mohamed Irfaan Ali to help families affected by the pandemic. Minister Dharamlall is urging the public to co-operate with the distribution teams to ensure a smooth process.

“It is quite a few thousands of persons who had to fill out the pink form, but I can assure you that as long as you are eligible then you will receive the Covid cash grant… We expect it will be close to one billion dollars [to conduct this phase],” he said.

In 2020, $4.5 billion was allocated for the first phase of the grant, which started in September. During the distribution exercise, primary households received the grant, while tenants or other families residing at the same address, were issued a ‘pink slip’ for follow-up during the second phase.

In December, the National Assembly approved an additional $2.5 billion to continue the cash grant relief efforts. In addition to this measure, the Government also distributed $1.73 billion to Amerindian communities as part of its one-off COVID-19 relief investment fund aimed at promoting entrepreneurship and revitalising hinterland economies. (DPI)

Sat Apr 10 , 2021
Support Village Voice News With a Donation of Your Choice. …organisers say initiative could help drive employment  By Naomi Marshall  For as long as one can remember, Region 10 has had one of the highest unemployment rates in Guyana, and while major sustainable interventions to create new jobs have been deficient in the past, the ‘Farmers’ Market Day’ is anticipated […]