The APNU+AFC Coalition is concerned that financial oversight of Government expenditure has been unavailable for some three months as a result of the failure of the Speaker of the National Assembly, Manzoor Nadir, to convene the first meeting of the Public Accounts Committee (PAC).

Parliament was convened at the beginning of September 2020 and the members of the PAC were selected a few weeks later. However, for it to be officially constituted, the Speaker of the National Assembly must call the first meeting. From this meeting would come the election of the Chairperson.

Gathering at the Parliament Buildings on Thursday to submit an amendment Bill, the Opposition used the opportunity to speak about the matter. Taking the mic was Opposition Member of Parliament (MP), David Patterson who said that the Standing Orders of the Parliament states that the Opposition must Chair the PAC but it would appear as if Nadir is on a mission to prolong the eventuality.

“The Speaker, despite several requests from myself personally and from the [Opposition] Chief Whip, has refused to convene the PAC. He’s told you publicly that it’s ‘scheduling conflict’ that prohibits him from calling the PAC. So, today, right now, in another half-an-hour, he has scheduled a meeting to receive the Audit Report for 2019. I would have written to him saying, ‘since you’re here why don’t you call a meeting just before or just after this handing over because all you need is three members, doesn’t matter which three’…it will only take us less than 15 minutes,” Patterson said.

Indeed, just a few minutes afterward the Speaker walked into the Parliament Building for the expected hand-over of the 2019 Auditor General Report. When Patterson attempted to approach him to speak about the PAC the Speaker continued along his way.

Patterson told the media that while Nadir last blamed a “scheduling conflict” for the delay of the first PAC meeting he has seen him find time to attend Christmas parties with the Deputy Speaker and other events.

One of the values of the PAC, Patterson said, would be to instruct the Auditor General to conduct a “value-for-money audit on the COVID-19 fund distribution” as the Opposition’s claim is that, countrywide, there have been serious issues with the initiative. One of these issues named was the failure to define what constitutes a ‘household’ leaving it up to distributors to decide who should receive the funds and how many within a household could receive such.

“Monies are being spent, no one is being held accountable,” Patterson said.

In response to the concerns raised the Audit hand-over Nadir told the media that “logistics” is one of the main reasons for the delay of the first PAC meeting. He said: “One [of the challenges] will be logistics…we’re not only planning for the first meeting. Once you have the first meeting you will see a rapid roll-out of the others so you want to be able to get people in far-flung places like Purima, Shulinab, we have members of Committees there and if they have to come every other week to a particular location then you will have some logistics challenges. What happens now if there’s a third wave of COVID and they are blocked out? So, we’re looking at setting up some means to ensure that people can participate, even from the home.”

When Nadir initially avoided Patterson, other members of the Opposition expressed dissatisfaction that Nadir had promised to be “fair and impartial” but, from their perspective, their concerns have not been taken seriously.

Fri Dec 11 , 2020
Support Village Voice News With a Donation of Your Choice. …Roysdale Forde says Walrond’s court drama could have been avoided  By Lisa Hamilton  Attorney-at-Law, Roysdale Forde said on Thursday that Attorney General (AG), Anil Nandlall; Minister of Tourism, Industry and Commerce, Oneidge Walrond and Speaker of the National Assembly, Manzoor Nadir have subject themselves and the country to unnecessary embarrassment […] 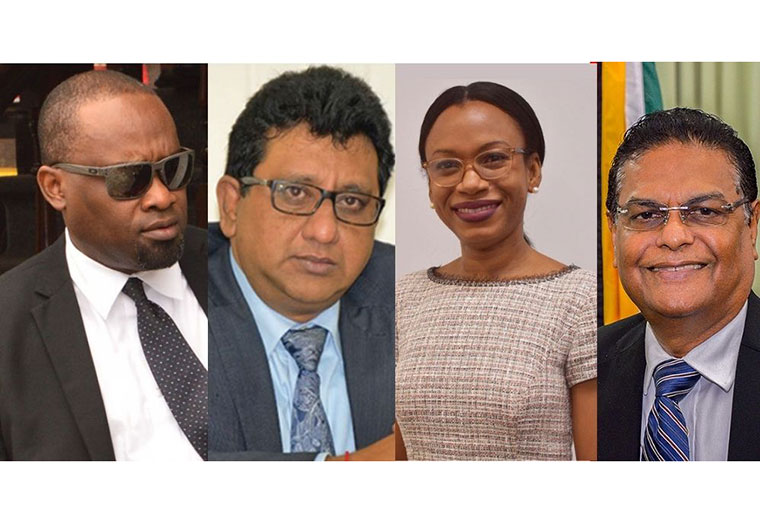