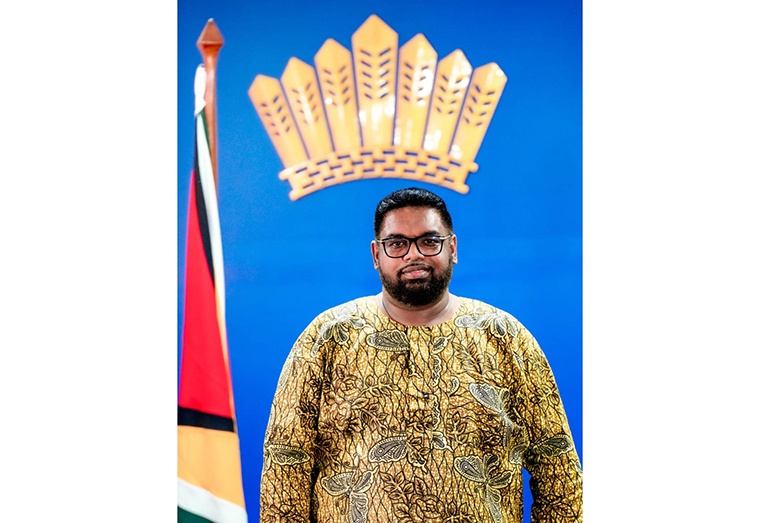 Below is full text of President Ali’s Emancipation message

I extend greetings to all Guyanese on the occasion of Emancipation Day 2021.

I am gratified to belong to a country that honours and celebrates its ethnic diversity and which on this occasion gladly embraces, in unity, our African-Guyanese heritage.  I am especially pleased to be joining all Guyanese in commemorating Emancipation Day.

My upbringing and my political career have been moulded by the bonds of friendship cultivated over the years. I have benefited from the advice and support of a number of outstanding and dedicated professionals of African descent whom I am proud to call friends, colleagues, brothers and sisters. These relationships, however,  are not defined by distinctions of race, class or religion. This, to me, is the essence of being Guyanese.

While we take the time to pay homage to our African- Guyanese brothers and sisters on the occasion of Emancipation, we must seize this opportunity to acknowledge, to value, and to celebrate their tremendous achievements and contributions to national development.

Undoubtedly, African-Guyanese have distinguished themselves in all spheres of human endeavour. Among the many achievements have been the laying of the foundation of Guyana’s economic infrastructure, establishing the Village Movement, pioneering undertakings of the peasantry, developing local government systems, promoting co-operative institutions and other social organisations and being in the forefront of the emergence of local trade unionism.

You, our African-Guyanese brothers and sisters, remain integral to national development and continue to excel and contribute to our nation’s progress. African-Guyanese doctors, nurses and other medical personnel are among those on the frontlines providing life-saving care and treatment to our sick and infirmed. They are securing our borders, policing our territorial waters and safeguarding our towns, villages and communities. You are among Guyana’s dedicated teachers who are molding the minds and values of our children – Guyana’s future leaders. As sportsmen and women, you are making our country and region proud by your amazing accomplishments and performance.

African-Guyanese occupy senior positions in the State’s administration. You are working assiduously to improve the quality of public services to our citizens. African-Guyanese farmers, fishers, loggers and miners are generating wealth; professionals and entrepreneurs are helping to propel industry and commerce.

Whilst we look to the future with hope and optimism, on this occasion, we are called to reflect on our past. The abolition of slavery was a defining moment in our country’s history.  It ended the abhorrent, inhumane system of human enslavement, which had seen millions of innocent Africans being transported across the Atlantic Ocean only to be sold into chattel slavery and forced into unmitigated toil and suppression.

Emancipation Day recalls the heroic courage and sacrifices of our African ancestors in their epic struggle for freedom and human dignity. Today, and every Emancipation Day, we salute the indomitable will of those who rebelled against the indignities of slavery.  Guyana’s history is punctuated by uprisings – courageous acts by enslaved Africans, including the decisive blows for freedom that took place in 1763 and 1823.

Freedom, however, was not accompanied by recompense for the atrocities committed against those enslaved.  Emancipation Day remains a constant reminder of the debt that is still owed to Africans and their descendants.

It is therefore fitting that on this day, we as Guyanese recommit to the goal of gaining international reparations for the crime of African enslavement.  Reparative justice must include a full and unconditional apology from those responsible and/or who benefitted from the transatlantic trade in captive Africans and their consequent enslavement.

Reparative justice, however, cannot be confined to such an apology. It but must go further.  Guyana will continue to support the efforts being made within the                 Caribbean Community to press for the convening of an international summit to demand reparative justice for the victims of the transatlantic slave trade, African enslavement, and its enduring effects.

As we look to the future on this anniversary of Emancipation, I assure you, our African-Guyanese brothers and sisters, that you will not be excluded from or left behind in Guyana’s national development. Every citizen will benefit from the opportunities which are being unlocked. We want every Guyanese to be part of this development, sharing in its transformation and in its resultant benefits.

As I said during my inaugural address to the 12th Parliament earlier this year and as I have repeated on many occasions after, an essential part of my Government is inclusion. As Guyanese, we should be defined by our nationality and by our common love for our country. The establishment of the ‘One Guyana Commission” will give life to our vision of oneness.

On the occasion of Emancipation, we recall our African ancestors struggle for freedom. Let us, the heirs of their struggles and sacrifices, safeguard that freedom we now enjoy and use it as a springboard for national development.

An exciting and glorious future lies ahead. Let us all work together as brothers and sisters to realise the aspirations that were birthed on the very first Emancipation Day.

Happy Emancipation Day to all!  God bless you.

Sun Aug 1 , 2021
Support Village Voice News With a Donation of Your Choice. …proud of village achievements setbacks   By Svetlana Marshall   For close to two centuries, Victoria – a village located on the Atlantic Coast of Guyana, 18 miles east of Georgetown – has been seen as a beacon of hope, a source of inspiration for Guyanese. For 28-year-old Anthony Samuels, the village […] 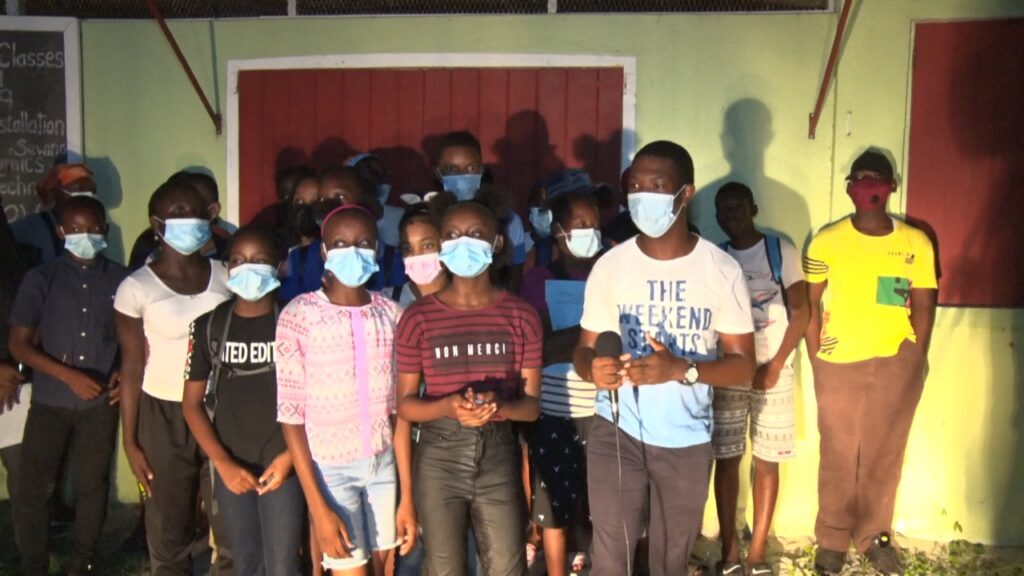