Two Region Ten (Upper Demerara- Upper Berbice) Members of Parliament (MPs) representing A Partnership for National Unity and the Alliance for Change (APNU+AFC) have sounded their intention to support the Coalition steadfastly for the upcoming Election Petitions.

Chief Justice (Ag) Roxane George has invited attorneys representing the APNU+AFC in its petitions of the 2020 General and Regional Elections to a case management conference for the petitions on October 22, 2020.

The virtual session will outline the logistical plan for the case and, likely, provide a schedule for the hearings. The Coalition has expressed optimism that the two petitions filed will be successful.

Region Ten is one of the Coalition’s strongholds and its residents have indicated that it will stand resolutely behind the Opposition in its endeavour to prove that the March 2, 2020 elections were fraudulent.

First time MP Devin Sears said the National Recount of Ballots undertaken by the Guyana Elections Commission has unearthed massive anomalies and irregularities which he believes cannot be ignored. He acknowledged that by the very nature of the petitions, the legal challenge to the elections will be lengthy.

Nonetheless, Sears foresees the Coalition’s victory thereby allowing the people of Guyana to return to the polls. But before returning to the polls, the new MP believes that the Official List of Elections, commonly called the Voters’ List must be cleansed via house-to-house registration.

The Opposition, while in Government had argued that house-to-house registration was the only way to ensure that those who are not eligible to vote were removed from the list. The Elections Commission had commenced the process but it quickly came to a halt following a decision of the Chairperson of the Elections Commission, Justice (Ret’d) Claudette Singh. Justice Singh in her order recognised that GECOM had as a mandate the production of a credible Official List of Electors in the first instance and ultimately credible elections in the shortest possible time.

“Yes of course we are going to win but what we are advocating for is that we need to clean the list, we need to have our house-to-house registration. At the end of the day, we have to preserve our democracy and our democracy is being threatened with the mere fact that we have a fraudulent Government that is not in there [office] because of the will of the people”, he said.

Similarly, another MP Jermaine Figueira opined that, “With a new voters’ list, we are confident that the numbers in valid votes will be in our favour. We have the confidence of the majority of the Guyanese people”, Figueira said.

The Regional MPs are of the opinion that members of the Irfaan Ali-led Government will attempt everything possible to sabotage the electoral process and the holding of house-to-house registration.

Both Sears and Figueira chided the People’s Progressive Party / Civic (PPP/C) administration for compiling a mediocre budget for Region Ten. They assured that the residents of the mining town will not sit idly by and be marginalised.

Figueira accused the Government of not having the interests of the residents of Linden at heart pointing to the town being the last to receive an appointed Regional Executive Officer (REO). A few days ago, Minister of Local Government and Regional Development, Nigel Dharamlall appointed Dwight John as Region Ten’s a few days ago. John replaces Orrin Gordon.

Additionally, the Region’s budget for capital works has been reduced. This Figueira posited has a trickledown effect on job creation. Moreover, the MPs said no new projects were highlighted for the year.

“You have to provide opportunities and develop Region Ten just like the rest of the country. This time, Linden is not going to take what you did in the 23 years… we are not going to be sidelined with any developmental opportunities,” he said.

Figueira called on the Government to work with Opposition for the benefit of the people of the country. He said the Government has taken an anti-opposition posture which is reflected in how citizens from different sects are treated.

“Our public servants are disrespected, health care is in the worst state and the number of illegal and discriminatory undertakings so far, leaves much to be desired,” he said.

The MPs said they will continue to work with other elected officials to keep the Coalition’s base grounded and confident that the political group will return to Government.

Sun Oct 18 , 2020
Support Village Voice News With a Donation of Your Choice.   Residents of the Upper Demerara-Upper Berbice Region (Region Ten) can expect a complete transformation of the healthcare system in the Region come 2021, recently appointed Regional Health Officer(RHO) Dr. Gregory Harris told Village Voice Guyana. After just one month on the job, Dr. Harris has already submitted his plan […] 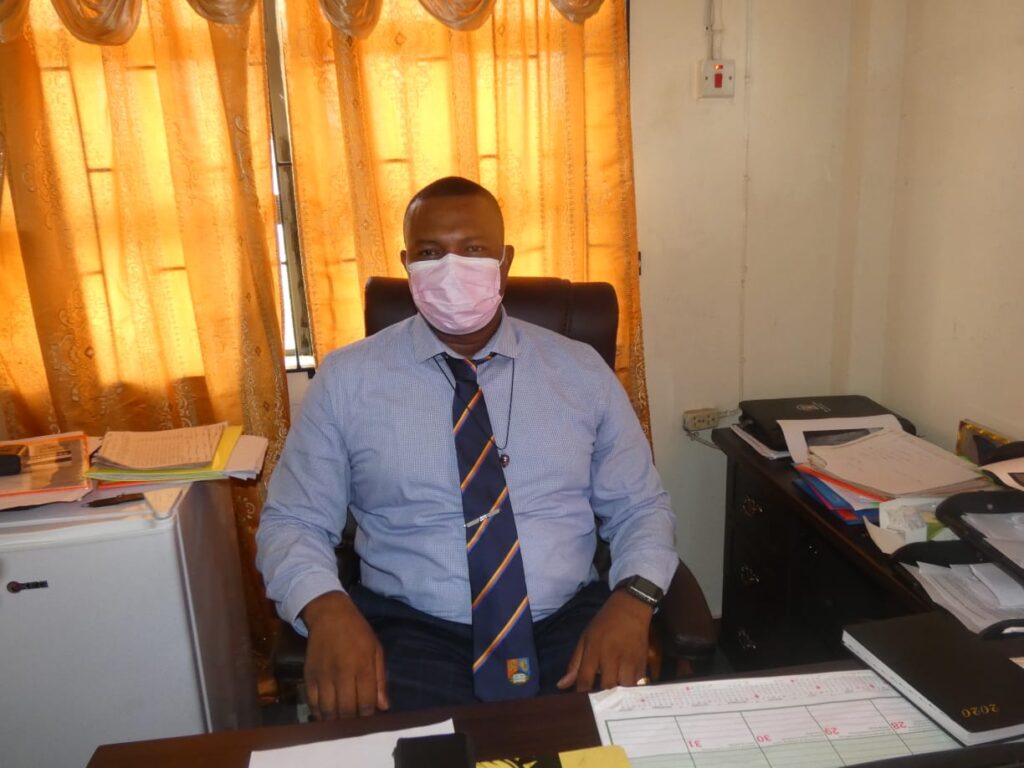