United States Secretary of State, Michael Pompeo will be in Guyana for a two-day visit, a senior official of government has confirmed.

Village Voice has seen official correspondence for the visit and Director General of the Ministry of Foreign Affairs,  Audrey Waddell is quoted in another section of the media confirming the visit for September 18-19, 2020.

Pompeo will be the most sitting US Government official to visit Guyana in recent years.

Pompeo was on the forefront of calls by the international community, which had called on the previous David Granger administration to leave office following the disputed March 2,2020 elections. Many Guyanese and even officials of the previous government had accused the US of interfering with Guyana’s internal affairs.

In one of his many statements the U.S. Secretary of State had urged the Granger government to step aside and respect the result of the last March elections. He had also announced visa sanction of certain members of the formeradministration.

There have been speculations that the US is seeking to set up a base here to attack neighbouring Venezuela.

Back in April the US had deployed warships to the Caribbean to stop illegal drugs.
“We must not let the drug cartels exploit the [coronavirus] pandemic to threaten American lives,” President Donald Trump had said.
The move had come a week after the US charged Venezuelan President Nicolás Maduro and other senior officials in the country with “narco-terrorism”.

It accused them of flooding the US with cocaine and using drugs as a weapon to undermine the health of Americans.
A $15m (£12.5m) reward was offered for information leading to Mr Maduro’s arrest.
The Venezuelan government called the US deployment a “diversion” from the current pandemic spreading around the US – and the world at large.

Sat Sep 12 , 2020
Support Village Voice News With a Donation of Your Choice. Vice President, Bharrat Jagdeo, on Saturday participated in the Special Meeting of the Board of Governors to elect a new President of the Inter-American Development Bank (IDB). On August 4, 2020, Guyana had announced its support for American Mauricio Claver–Carone. In his capacity as Guyana’s Governor of the IDB, Mr. […] 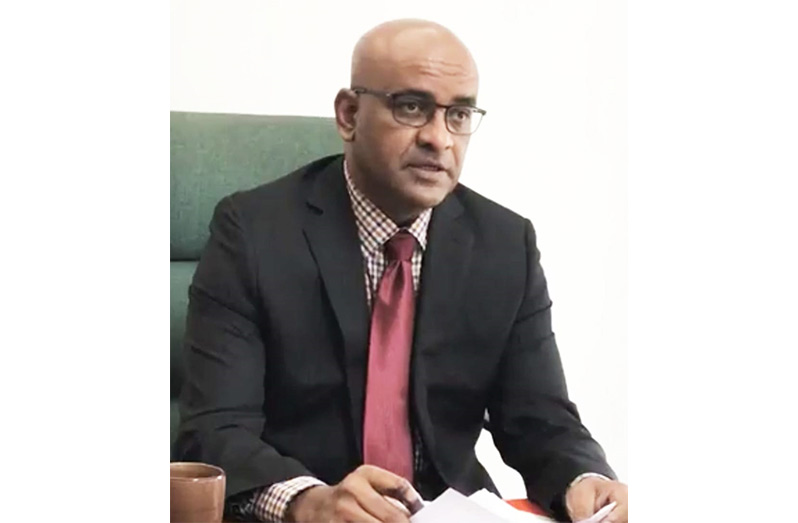