SOUTHAMPTON, England (Reuters) – England fast bowler Mark Wood said on Thursday that players were using ‘back sweat’ rather than saliva to try and shine the ball in the first test against West Indies at the Ageas Bowl.

Strict health protocols are in place for the return of international cricket after a 117-day stoppage caused by the ongoing COVID-19 pandemic, including a ban on saliva.

It did not bother the West Indies bowlers who dismissed England for 204 on the second day with Jason Holder taking six wickets for a career-best test haul.

Wood later steamed in, bowling at frightening pace, but West Indies ended the day well-placed on 57-1.

“Back sweat has been the major thing at the moment with saliva going out the window,” Wood said. “Only your own, although we’re mingling the back sweat a little on the ball, I’ve got some of Jimmy (Anderson’s) and Jofra (Archer’s).”

It was a disappointing day for England and, with a better weather forecast for Friday, West Indies have the chance to seize control of the match.

“We haven’t had the best day so plenty to do. I’d prefer a few in the wickets column rather than the pace column,” Wood, who was up in the mid 90 mph range, said.

“We didn’t get it right with the ball, they got their line and length spot on. It’s a bit of cobwebs and rust.”

Holder had been troubled by an ankle injury in the build-up to the test but produced a magnificent display of bowling, including taking the crucial wicket of his England counterpart Ben Stokes for 43.

“My patience has definitely increased. Before I was trying to bowl too many deliveries in one spell,” he said.

“I look at consistency, and patience was one of the things I was lacking. Using the crease is something I strive to do and using the angles at the point of delivery. When you’re not as quick as some people, you’ve got to be skilful.”

Fri Jul 10 , 2020
Support Village Voice News With a Donation of Your Choice. assure they will do all that is necessary to remain COVID-free One hundred and forty-two (142) Guyanese returned on Thursday via WestJet Airlines. This was the first such flight from Toronto, Canada.Tears along with expressions of joy prevailed at the Cheddi Jagan International Airport (CJIA) as the citizens breathed a […] 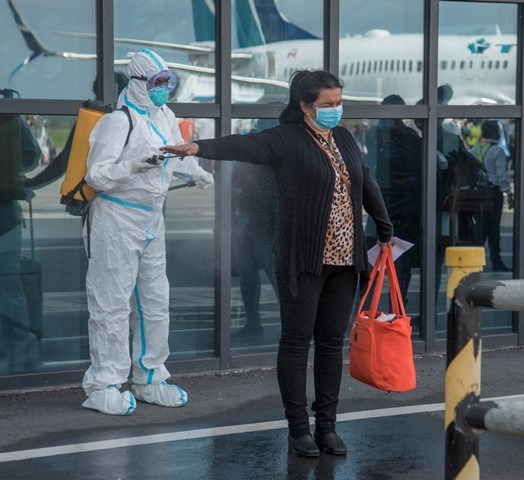