There were two pillion riders, Jerel Rampersaud, 23 years of Goed Fortuin Public Road, West Bank Demerara and T. Beckles , 20 years of 307 Parfaite Harmonie, West Bank Demerara. At this point, the police are unable to ascertain who was driving which motorcycle since the pillion riders themselves cannot verify which of the bikes they were on.
Premnauth Persaud, 40 years of Leguan, Essequibo Island was an occupant of the car.

Police said the driver of motor car PXX 9662 disclosed that he was proceeding west along the southern side of Le Destin Public Road  and as he was approaching a right bend he saw a fleet of motor cycles proceeding east along the said road, one of which was on his lane driving at a fast rate of speed. The driver said on seeing the cyclist he applied brakes but the said motor cycle that was in his lane collided with the right side front of his car and landed on the front wind screen causing him to lose control and ended up on the northern side of the road where another motor cycle collided with the left side front door of his vehicle.

As a result of the collision, both cyclists and pillion riders fell onto the roadway and sustained injuries about their bodies. They along with the occupant of the car were taken to the Leonora Cottage Hospital by public-spirited citizens. The cyclists were pronounced dead on arrival, while the pillion riders were treated and transferred to Georgetown Public Hospital in serious but stable condition and the occupant of the car was treated for minor injuries and sent away. The driver of the car is in custody assisting with the investigation; he has since passed a breathalyzer test. The bodies are presently at Ezekiel’s mortuary awaiting post mortem.

Mon Jun 22 , 2020
Support Village Voice News With a Donation of Your Choice. Police are investigating a hit-and-run fatal accident which occurred on Sunday evening, June 21, 2020 on Enmore Public Road, East Coast Demerara. The accident involved a motor vehicle number and driver unknown and two males whose names and other particulars are also so far unknown, police said in a statement […] 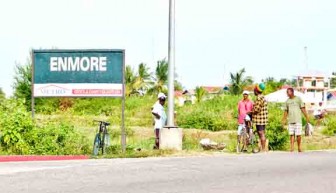