Close to 500 million in marijuana found at farm

by Admin
in News

A narcotics eradication exercise at DeVeldt Savannah in the Berbice River led to the massive discovery of thousands of marijuana plants on a farm on Friday.

During the exercise, one marijuana farm, two camps and two drying areas were located.

The farm measured about four acres, with about 20,000 cannabis plants measuring from six inches to two feet in high.

A 37-year-old farmer of Stewartville, West Coast Demerara and Wiruni Berbice River, was found on the farm attending to the cannabis plants, and he was arrested. 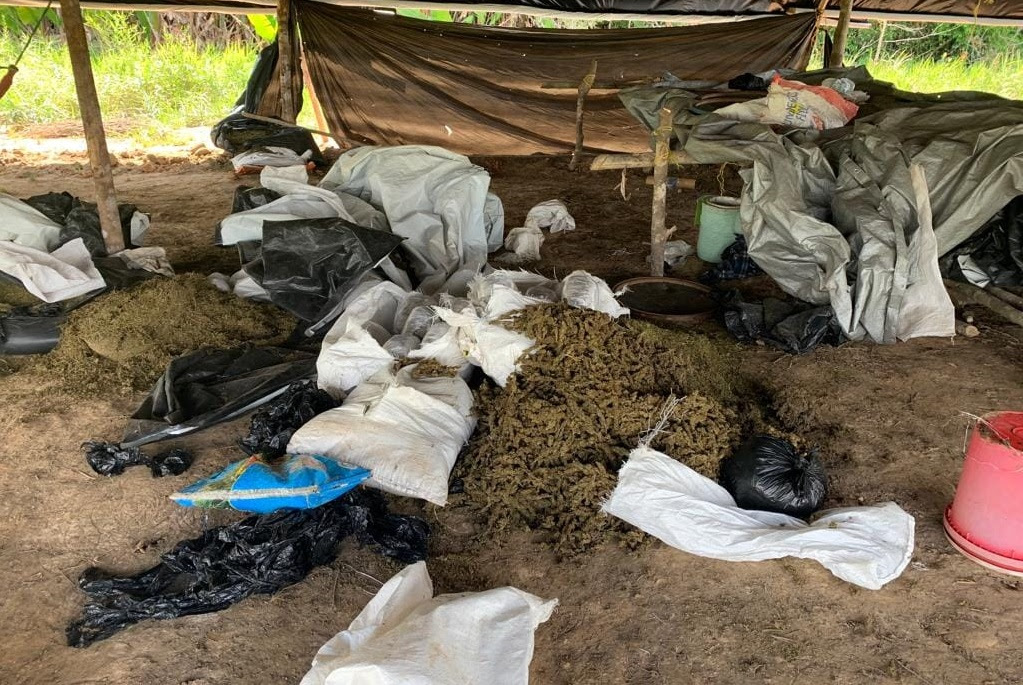 During a search of the first camp, a suspected 12 gauge shotgun, loaded with three live cartridges, one Guyana Passport, one Identification card and one birth certificate in favour of the farmer who was arrested, were found.

Searches were also conducted on the second camp where a suspected 12 gauge shotgun along with four live 12 gauge cartridges were found.

The farmer was escorted to Central Police Station where he was placed into custody and the suspected firearms and ammunition lodged.  (Loop News)

Police are investigating a fatal incident which occurred at about 15:20 hrs today (Thursday) between 39 and 40 Miles Mabura...

Two of the alleged members from a 'gang' that is said to be operating notoriously in Linden were arrested by...

Mayor Ubraj Narine presents the keys to the City of Georgetown to Dr. Letitia Wright

His Worship Pt Ubraj Narine this afternoon presented Guyanese actor Dr. Letitia Wright with the symbolic keys to the City...

Food and Drug Dept. warns against sale and purchase of ‘deceptive’ brands of Evaporated and condensed milk

Stop talking past each other