Dear Editor
Recently an incident between a police traffic constable in uniform and a taxi driver at New Amsterdam, Berbice went viral. The social media is awashed with diverse comments about the activity.
I am not sure what triggered the unsavoury event. Therefore, it would be flippant of me to pass judgement on the policeman or the civilian. The person who is sitting in the chair of the office of Commissioner of Police ordered an investigation. I hope that the investigation will be impartial so that a pellucid picture will emerge as to what exactly took place.
Editor please permit me to briefly restate some previous  comments I made and introduce a few new concepts on the Use of Force by members of the Force. Use of force including excessive force has always been difficult. Use of force is sometimes a necessary part of the job, but determining what is reasonable is highly subjective.
In the United States of America the landmark case in the use of force is Graham v Connor in which the Court held: ” The calculus of reasonableness must embody allowance for the fact that police officers are often forced to make split – second judgements – in circumstances that are tense, uncertain and rapidly evolving – about the amount of force that is necessary in a particular situation. ” Use of force expert Nowicki ( 2000) explains: ” The standard according to the decision, is the ‘ reasonable objective officer’. “
There are many use of force  models. However, the one used by the Federal Law Enforcement Training Center ( FLETC) is very instructive. It has five levels. Level One is the Complaint Level where no use of is usually reasonable. Level Two is the Resistive ( Passive ) Level where the subject does not follow the officer’s commands. Force options here include guiding or directing the suspect through hands – on techniques. Level Three is the Resistive ( Active ) Level, which occurs when a subject actively resists arrest. Level Three force options include joint manipulation or restraint, leverage techniques, pressure points or even OC ( pepper) spray, with a warning given first under proper circumstances. Level Four is the Assaultive ( bodily harm) Level a direct physical attack on an officer or others. Appropriate force options at this level include strikes with hand, fists, elbows or knees: kicks: baton strikes: and forcefully directing the subject to the ground. Level Five is the Assaultive ( serious bodily harm or death) Level, where the appropriate response would be deadly force. ”
Advertisement
According to Nowicki there are three rules relating to use of force by any officer. Rule number one is you go home the same way as when you went to work: ALIVE. Rule number two is that you don’t go to prison. Rule number three is you keep your job. If your use of force is reasonable you protect yourself, your agency, the community and even the assailant. But when in doubt, always remember rule number one.
Wow! I think that this is a good time for me to take a strategic time out.
Yours respectfully
Clinton Conway
Assistant Commissioner of Police

Mon May 30 , 2022
Support Village Voice News With a Donation of Your Choice. His Excellency, Dr. Mohamed Irfaan Ali on Saturday, visited the site where seven acres of land has been earmarked for the construction of the Guyana-Barbados Food Terminal in Lears, St Michael, Barbados. The site visit was led by Prime Minister of the Republic of Barbados, the Honourable Mia Amor Mottley, […] 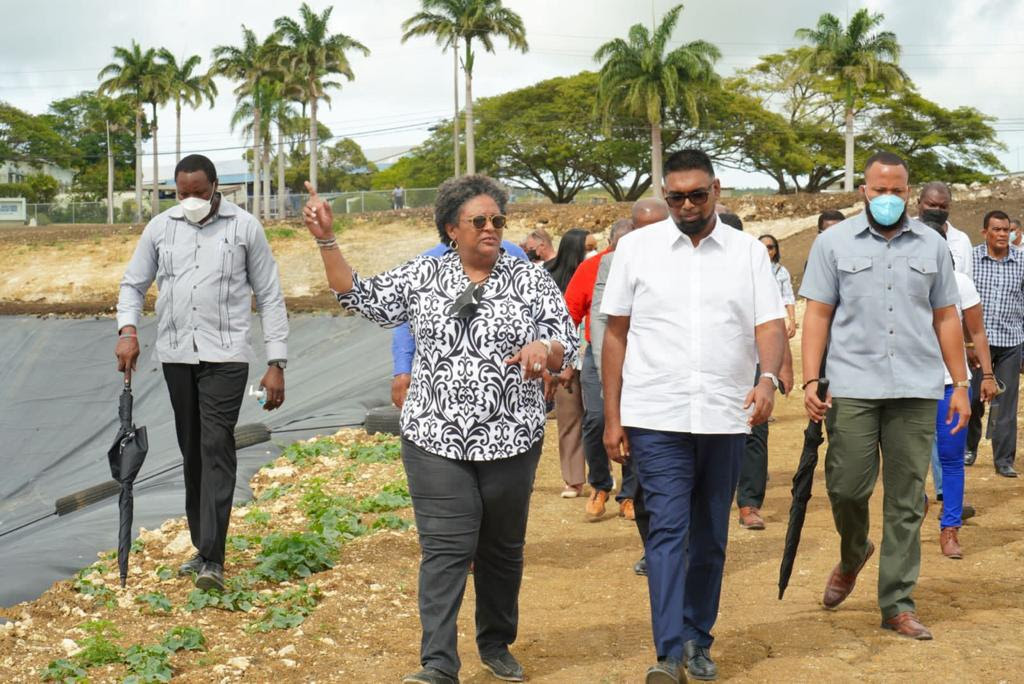