Treasured qualities of managing a business or for government employment or for being a Minister or state official (head of an agency) are: honesty, decency, professionalism, trust, and competence. Are they no longer prized? These seem to have been thrown out the window when being considered for upper levels of government positions at some Ministries and state entities.

Since ancient times, as I learn from my degree study at UG, honesty has been a prized and priceless quality in all aspects of employment. But today, there is a flip flop of qualities needed to be a good valued worker. Dishonesty and corruption are prized. These have been eating away at the fabric of the society. The vices of deception and fraud are prized; these two qualities seem required to land a top job in government irrespective of which party in office. How can we get back to good governance that was promised by successive governments but never delivered?

In the 2015 election, there were the choices of corruption and the promise of a good life. People went for the good life which turned out to be less than good. In the 2020 election, the choices facing the electorate were between the bad and the corrupt. The corrupt won out.

Just examine what’s happening! For some positions of state employment, being a ‘tief’ (a corrupt) is a good quality and makes one a good person for one’s boss. Many of those implicated in corruption pre-2015 are back in high positions. Some new faces have emerged and have also joined the ranks of the corrupt. The honest are left by the wayside. Being corrupt seems like the proper thing. The more corrupt one is, the higher the position one is appointed followed by promotions. Females and young boys are coerced into bodily acts to retain positions or gain employments and promotions. The financial and regulatory systems seem compromised and are being massacred.

Since the passing of the Jagan’s, the qualities of dishonesty, crookedness, incompetence, malfeasance, lack of probity, cussing out, and unprofessionalism have become the new virtues for employment; they are the treasured qualities used to hire people to work at high positions at some Ministries and at some state entities. Honesty, competence, effectiveness, efficiency, professionalism, selflessness, transparency, accountability, openness, ethics, and rule of law, which have been the hallmarks of good governance during Jaganism and colonial rule, no longer matter in hiring practices for some positions. Clearly, the value system has changed since the passing of the Jagan’s. It is most unfortunate that the preceding qualities are no longer the guiding principles in governance.

Sat May 28 , 2022
Support Village Voice News With a Donation of Your Choice. — Govt to launch marine cage project in Capoey Essequibo, Guyana—(May 26, 2022) His Excellency Dr Irfaan Ali announced three agriculture projects for the Mainstay/Whyaka Village and a massive fishing project for Capoey while in Region Two (Pomeroon-Supenaam) on Wednesday. The Head of State said that the projects are expected to […] 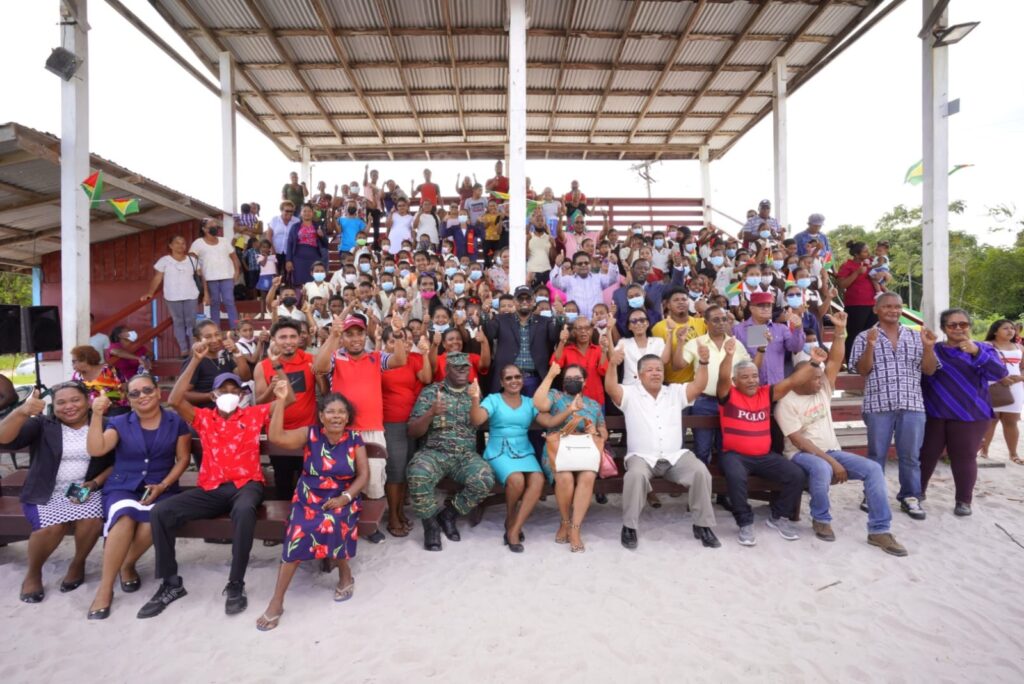