Essequibo, Guyana—(May 26, 2022) His Excellency Dr Irfaan Ali announced three agriculture projects for the Mainstay/Whyaka Village and a massive fishing project for Capoey while in Region Two (Pomeroon-Supenaam) on Wednesday.

The Head of State said that the projects are expected to increase economic resilience, expand the economic base, open new economic opportunities and open new forms of employment for the residents of the communities and surrounding areas.

In Mainstay/Whyaka, the Government intends to invest in a facility for a special poultry project that is aimed at satisfying the meat demands for the Lake Mainstay Resort and the village.  The project will be financed by the Government and led by young residents.  The president stated that Mainstay resort has a demand for almost 1000 pounds of chicken per month.

The second project, the Head of State announced, will see the Government providing the capital investment for a commercial marine cage aimed at providing 11 metric tonnes of fish every nine months in the community.  It is reported that as early as next week, technical staff from the Ministry of Agriculture will be in the community to establish the project, at which time they will be doing the testing and looking at the best possible location for the project.  The requirement for the project is a three-metre depth of flowing water and a 30-metre circumference.

Project 3 – Expand Pineapple Production
The third project, the President said, will be to expand the pineapple production in the village.  The President also indicated that the Government has committed to advance work on the community’s access road to assist it in realising its “tremendous” tourism and agriculture potential.

Sat May 28 , 2022
Support Village Voice News With a Donation of Your Choice. The Guyana National Bureau of Standards (GNBS) today May 27, 2022, provided a crucial update to the Pesticides and Toxic Chemicals Laboratory’s Scope of Certification. The updated scope now includes the Analysis of Pesticide Residue in Rice, a key staple and export commodity for Guyana.  Speaking at the certificate handing-over […] 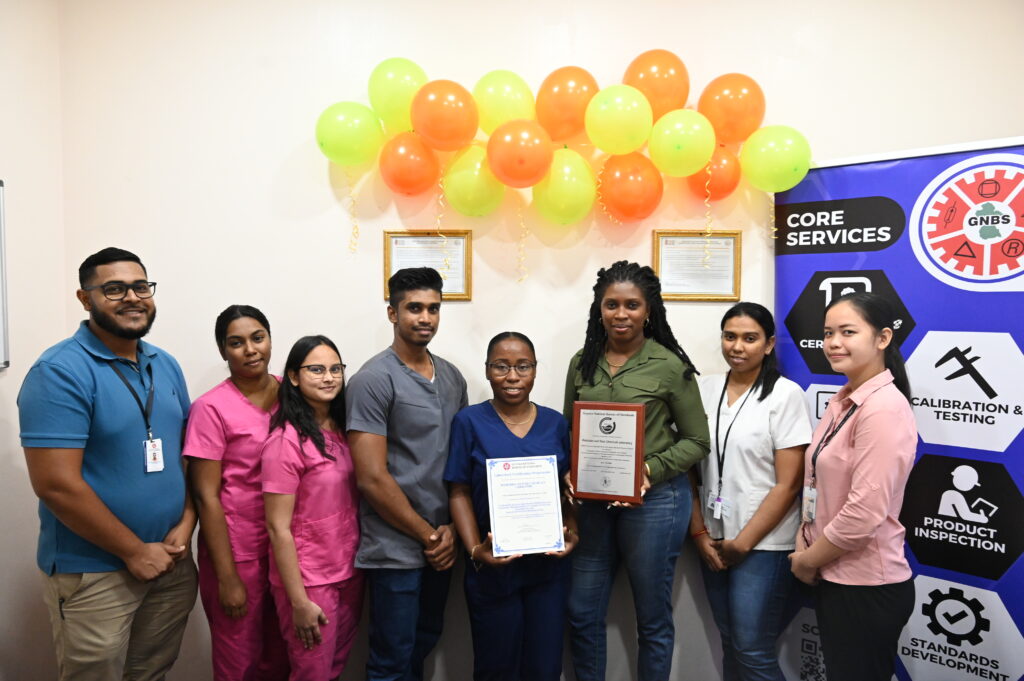