The Guyana Police Force’s Office of Professional Responsibility (OPR) is currently investigating an alleged shooting incident that occured on May 24th, 2022 at around 20:00 hrs at Riverview, Ruimveldt.

Dead is 30-year-old Deanraj Singh, called Steve Singh, who was the reputed husband of Akisha Madramootoo, 32, a fisherwoman who resides with their three children at Riverview Squatting Area, Ruimveldt, Georgetown.

They separated a few years ago, but Steve would frequently visit the house and assault and threaten Akisha. The woman stated that she was afraid of his constant threats and assault because she is aware that he has a gun. As a result, on June 25th, 2021, she was granted a Protection Order by the court against him. However, despite the order being granted, he  consistently violated the order by going to her house and beating her up and damaging her property, the most recent time being on Sunday, May 15th, 2022.

He was also charged criminally with Break and Enter Larceny and other offences, as well as assault, and two arrest warrants were issued for both offenses. He also has several criminal charges pending against him.

On May 24, 2022, at around 20:00 hrs, Akisha was at home when Steve went to the house in violation of the Protection Order and severely beat her up. She called the Ruimveldt Police Station and reported the incident. Police ranks, including a member of the Neighbourhood Police, all responded to the report.

One of the Police ranks was carrying a .38 revolver and six live rounds.

The ranks went to a house at Riverview Ruimveldt, where Steve Singh and some other friends were drinking. When he saw the ranks, he ran into a house, jumped through a window, and dashed towards the Demerara River.

The police ranks as well as the victim (Akisha) all followed him.

One of the police ranks claim that while walking on the landing heading towards the river, he heard a sound coming from the bushes on the riverbank, so he quickly shone his torchlight in the direction and saw Steve (deceased) with an object in his right hand, which was followed by a loud explosion. The ranks said he immediately discharged two rounds in Steve’s direction, and he saw him run and jump into the Demerara River. The ranks searched the area for Steve, but he was not found.

Deonarine Boodhoo, a fisherman from Riverview Squatting Area, went to repair his boat on Wednesday 25th May 2022, at around 06:45hrs, and discovered the body of Deanraj Singh c/d Steve Singh in the Demerara river (on the mudflat) lying face down.

The body was examined by crime scene technicians, who discovered one suspected gunshot wound on the right side of his abdomen.

The body is at the mortuary pending a post mortem examination. The area was searched, but no trace of the suspected firearm was discovered.

The hands of both the deceased and the police rank, as well as clothing were collected for the examination of gun powder residue. The firearm, ammunition and spent shells were marked, sealed, and delivered to the Ballistic Department for analysis. Statements have also been collected as the OPR investigation continues.

Thu May 26 , 2022
Support Village Voice News With a Donation of Your Choice. The early morning inferno that killed three siblings at Mocha was electrical in nature, according to the Guyana Fire Service; however, the children’s mother abusive ex-partner, who had reportedly threatened to kill her and burn down her home, has been taken into police custody. “Investigations revealed that the fire was […] 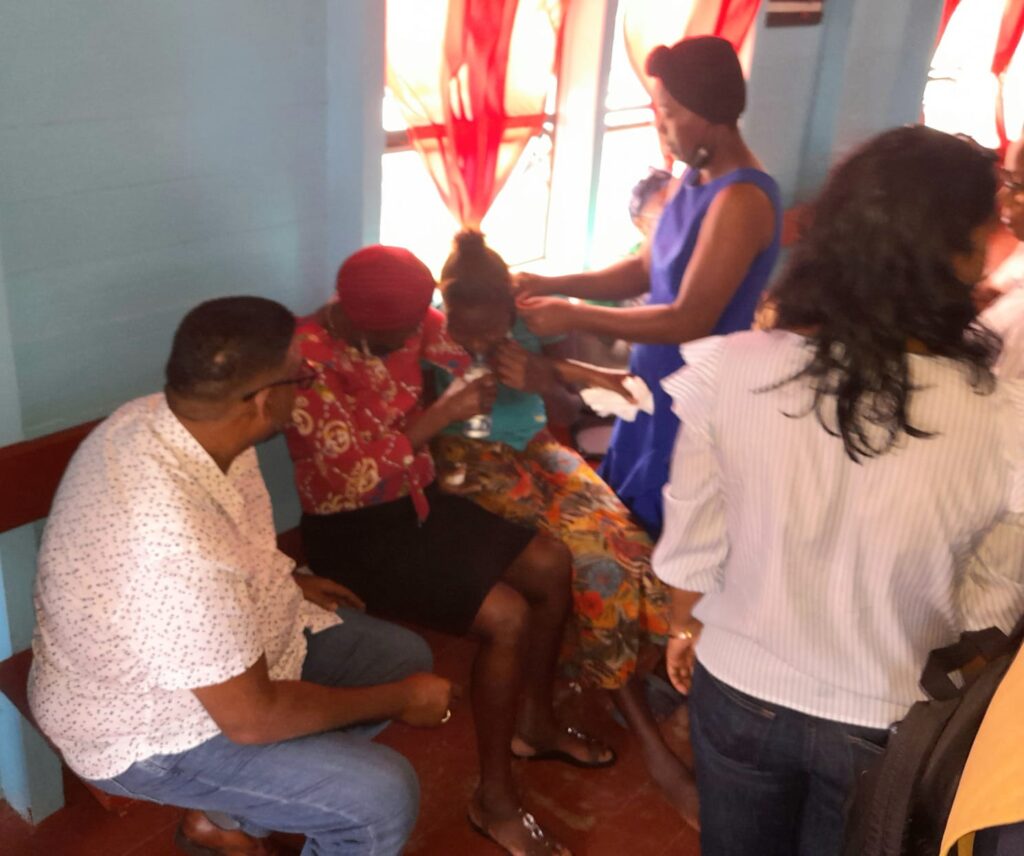