Guyana is in a very bad place. But we are too divided a society to come to a mutual understanding of exactly where our society is headed. When the authoritarian PNC government was removed from power in 1992, many felt that Guyana would invariably move towards a democratic order. But we have been proven wrong. What has occurred since 1992 is a movement from authoritarianism to totalitarianism, whereby a single party , the PPP, monopolizes all the formal political space and in so doing has total control over the State and the society. A totalitarian system is defined as “an extreme form of authoritarianism, in which government controls almost all aspects of the public and private lives of the people.”

Many would push back against this characterization of Guyana largely because the country still retains some forms of a democratic system such as multi-party elections and framework, frequent elections and functioning institutions. But an examination of the praxis of the government since the 2020 election shows a totalitarian regime hiding behind democratic rhetoric and forms. Since assuming office in August 2020, the PPP has removed all avenues for formal checks and balances. It has erased the spirit of inclusiveness in an otherwise dictatorial winner-take-all system. In other words, the PPP has taken winner-take-all to its most extreme manifestation.

Even minimal opposition leverage such as chairmanship of Parliamentary Sectoral Committees, the Deputy Speakership and  Consultation with the Opposition leader have been undermined and bypassed. The independence of the Judicial system has been vastly compromised and reduced partly through its over-entanglement with the politics of the 2020 election and partly through political attacks and threats  by members of the executive branch. Institutions such as GECOM. the Police, and the Army have been politicized in the image of the ruling party. Legislation and Economic policy are driven not by the rule of law and the principle of equitability, but by the ruling party’s manifesto and quest for total domination of State and society. There is no facet of public life in Guyana that is not controlled by the party and government.

As I have repeatedly argued, this process of totalitarianism has been facilitated by the absence of formal and informal checks on the government. The circumstances under which the PPP assumed office in 2020 afforded it a blank cheque. The extra-electoral removal of the Coalition government from office coupled with its own weaknesses have transformed it into a soft player without the usual threat of retaliation. In other words, the government governs without fear of opposition counteraction. The historic balance of power of the two dominant-party system has been seriously eroded, if not totally erased.

This dangerous brew mixed with our Oil and Gas economy is the perfect recipe for a  socio-political Time Bomb. Indian Guyanese are encouraged to view the government  as a source of empowerment while African Guyanese view the government as a source of discrimination Hence the politics of triumphalism and victimhood. This situation cannot be sustained indefinitely. Hence the Time Bomb characterization. Heaven help us.

Thu May 26 , 2022
Support Village Voice News With a Donation of Your Choice. Fire investigators are currently at the scene of a fire that claimed the lives of three children during the wee hours of Thursday morning at Barnwell North, Mocha, East Bank of Demerara, to determine its cause. The three victims – all of whom are siblings – have been identified as […] 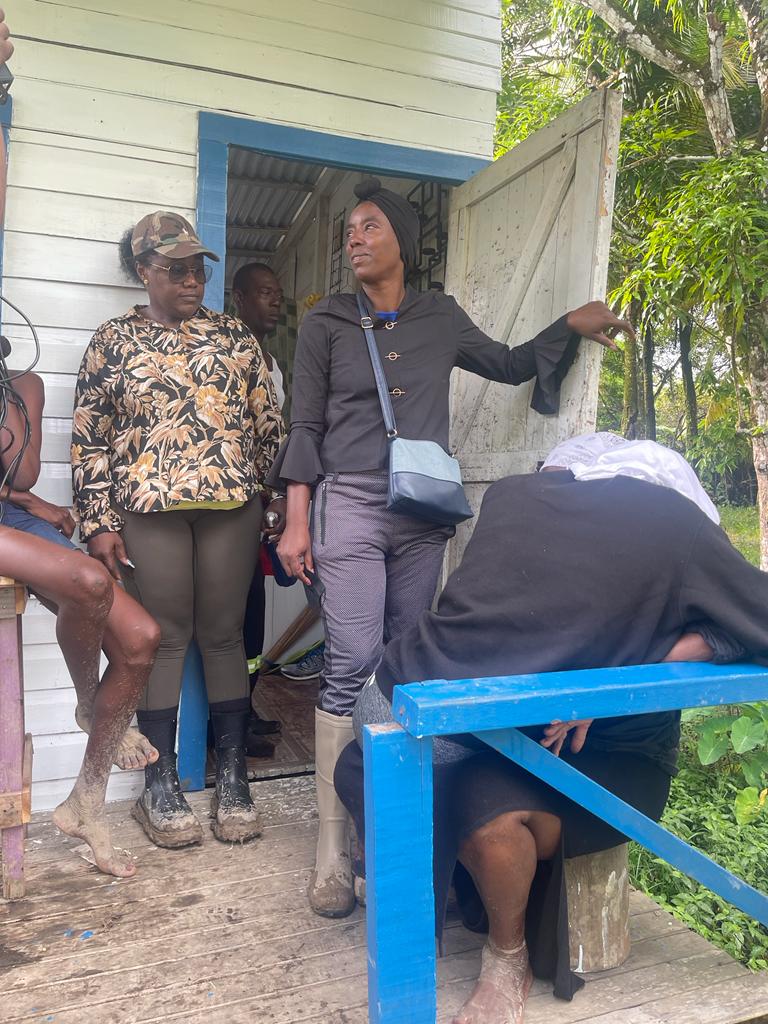