The government of Guyana, which is sitting on 11 billion barrels of oil equivalent, will have a much-anticipated bid round for its remaining untendered oil blocks in the third quarter of 2022. The government is currently deciding whether to use these blocks to create a National Oil Company (NOC) or hold an open bidding process. With a 90% exploration success rate in the Stabroek block, and the quickest offshore development in recent years, international oil companies and investors are closely monitoring the government’s final decision.

If the government moves forward with the creation of a National Oil Company (NOC), it would likely be joined by a Middle Eastern firm. There are three main candidates for this position: Saudi Aramco, Qatar Petroleum, and the Abu Dhabi National Oil Company. As I explained in my recent presentation at the Guyana International Petroleum Expo, Saudi Aramco’s strong ties with the government and its recently awarded one-year contract to market Guyana’s oil make it the leading candidate. Aramco’s U$2.4 trillion market cap also makes it the largest company in the world, providing them with (almost) unlimited financial and technical resources to lead this venture. Guyana would gain expertise by working with an oil powerhouse and would have additional capital to spend, albeit indirectly.

However, a 2019 study by the National Resource Governance Institute revealed that 62% of NOCs have “weak,” “poor,” or “failing” performances in regard to public transparency. This is even more prevalent when considering Middle Eastern companies, which often operate in non-democratic regimes with a non-elected monarchy. In these jurisdictions, the electorate is unable to hold their politicians accountable, allowing for discretionary spend and nepotism within NOCs. In a country like Guyana, where corruption levels are historically high, a strategic partnership with a Middle Eastern company would lead to less transparency, not more. Latin America also has a poor track record among its NOCs, reflected by PDVSA’s rapid decline and PEMEX’s unsurmountable U$107 billion in debt.

Another concern is the nature of this partnership. Guyana’s politicians have repeatedly stated that the country lacks sufficient local labor to address the growing economy. When considering highly technical jobs within NOCs, such as drilling engineers and petroleum geologists, the situation is even more dire. Thus, a partnership with a Middle Eastern company would likely consist of 95% foreign employees, with a negligible Guyanese presence. The untendered blocks are also prospective—meaning that there is no data to prove that they contain hydrocarbons—which leads to additional risks and costs for the Guyanese government. The Middle Eastern companies are unlikely to allow Guyana to rake substantial profits if they fail to commit any capital. A simpler way for the government to increase its profit share, while avoiding taking on new risk, is increasing its royalties in future production sharing agreements.

The Guyanese government has also stated that they are looking for an open, public bidding process for its remaining oil blocks. Awarding this to a NOC, or limiting key players from participating in the tender, goes against that notion—especially since some companies already have local experience that could lead to economies of scale. Guyana would be replacing an open-bidding system with a closed, behind-the-scenes deal.

With 27% of Europe’s oil supply potentially being displaced by the Ukraine war, Guyana’s cheap, high-quality crude is well-positioned to capitalize on this supply gap. Middle Eastern and American oil producers are struggling with existing production targets, while oil demand is expected to increase by 2% in 2022. The Guyanese government has also said that it would like to accelerate its oil production to ensure that they don’t get ostracized by global climate targets. A NOC, however, could delay the country’s oil development, as the government would need to create the supporting legal and regulatory structure around said company. Such a process would take a minimum of six months, but likely up to 18. As the energy transition accelerates, Guyana’s window of opportunity could close quicker than expected.

Arthur Deakin is co-director of AMI’s energy practice, where he helps companies expand into Guyana and the wider Latin American region through market intelligence and analysis. Whether it’s conducting due diligence on local partners, sizing the market, or finding the most attractive risk-adjusted opportunities, AMI has led 3,000 Latin American market studies since 1993 and has project experience in over 20 jurisdictions in the Americas.

Tue May 24 , 2022
Support Village Voice News With a Donation of Your Choice. The US Embassy today reported that they have received reports of COVID-19 testing scams and fraudulent COVID-19 test results attributed to non-government-sanctioned facilitators who claim to be medical professionals. The Embassy reminded travellers that presenting a fraudulent test result at the airport when departing Guyana could result in travel delays, […] 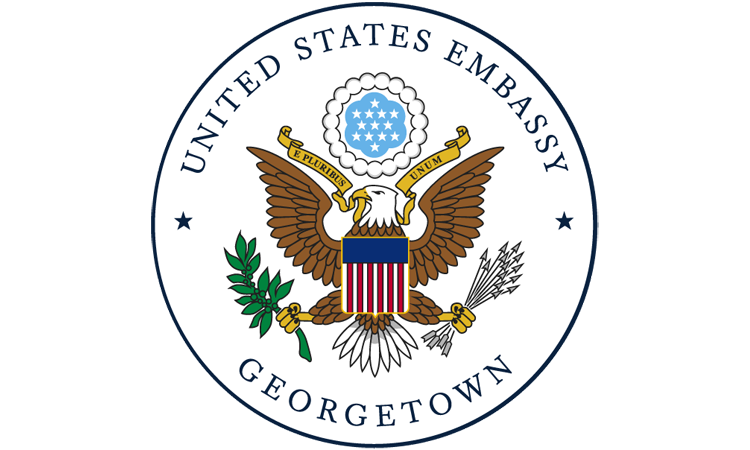