Youth from across the Caribbean were engaged by UNFPA in a discussion about unintended
pregnancies and its effects last Tuesday.

They provided their perspectives on the issue in a virtual Youth Roundtable Talk to launch the State of the World Population (SoWP) report in the Caribbean. Titled “Seeing the Unseen: The case for action in the neglected crisis of unintended pregnancy”, the report advocates for universal access to contraception as a critical way to support women in choosing the timing, number and spacing of their pregnancies.

Youth panellists from Guyana, Suriname and Barbados all engaged in the conversation geared at highlighting some of the effects of unintended pregnancies in the Caribbean and debunking some of the myths that are associated with the use of contraceptives, which is one of the main ways to prevent unintended pregnancies. Additionally, the panellists highlighted factors such as intersectionality and cultural norms that often oppose the practice of contraception. They also discussed possible solutions to mitigate the challenges such as implementing special programmes, providing access to information, and using the appropriate language to relate to different audiences.

They also shared their perspectives, with one panellist speaking on the social effects of becoming pregnant as a teen and another panellist sharing his experience as a man with a disability. The third panellist used the opportunity to share research and the experience of the Maroon community in Suriname. They were expertly guided by moderator Carla Moore, a Jamaican social media influencer and activist.

Director and Representative of the UNFPA Sub-Regional Office for the Caribbean (SROC), Alison Drayton, spoke at the opening of the discussion. She highlighted that the focus on young people for the round table talk was deliberate because UNFPA has recognised that young women in developing countries, like those in the English and Dutch-speaking Caribbean, are significantly affected by unintended pregnancies. She also underscored the importance of contraceptive use and noted that “the biggest issue by far is people not being able to get the contraception that they need, when they need it”. She also acknowledged that there were numerous myths surrounding the use of contraceptives and stated that she was happy that some of these myths would be debunked during the discussion. The SoWP 2022 discusses the associated differential impact of unintended pregnancies on women and girls, men and boys, and general country development, and spotlights several factors that contribute to the pervasiveness of the problem.

Mon May 23 , 2022
Support Village Voice News With a Donation of Your Choice. May 20, 2022, BRIDGETOWN, Barbados – International and regional energy sector leaders will share recommendations and insights on energy security, the role for renewable energy and how it all relates to the drive towards net zero carbon emissions, at the Caribbean Development Bank’s (CDB’s) upcoming 52nd Annual Meeting. The high-level discussion […] 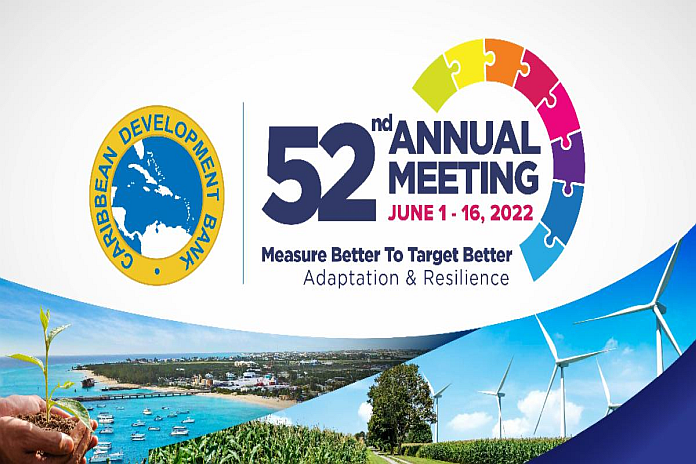