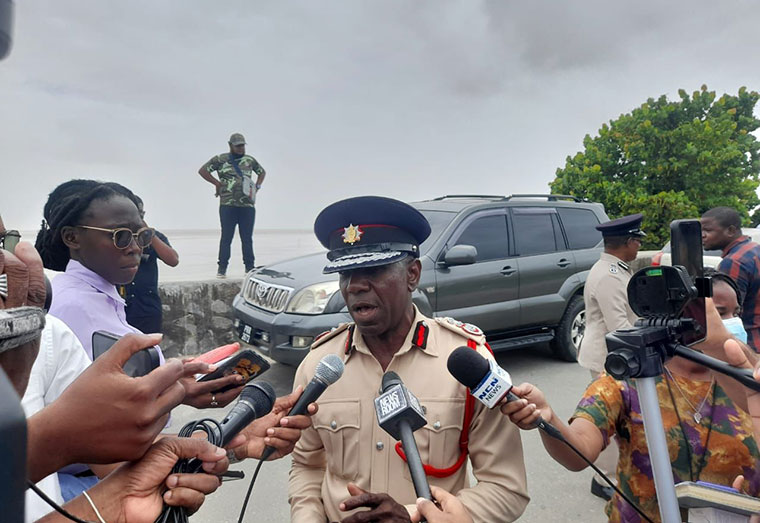 Hours after fire erupted at CID Headquarters, Eve Leary, the cause is still to be determined.

In a statement late Monday afternoon, the Guyana Fire Service said the Fire Prevention Department and the Guyana Police Force are still to ascertain the cause of the fire.

“While it is clear that the fire started on the southern side of the building at the ground floor level, further investigations are being carried out by the Fire Prevention Department and Police to ascertain what caused the fire,” the Fire Service said in a statement.

It was at around 10:20hrs on Monday (May 16) when the Guyana Fire Service was alerted that there was a fire at the CID Headquarters, Eve Leary.

At the time, smoke was emanating from the wooden and concrete two-storey building, which is owned by the Government and and occupied by the Guyana Police Force. Due to the quick response of both the Police and Fire Service, the fire was extinguished, however, a quantity of mattresses, one fan, four desks, four chairs, two duplex switches, one panel door, the entire ceiling and other equipment were damaged.

At the scene of the fire, acting Commissioner of Police, Clifton Hicken told reporters that at around 10:05hrs, he received a call that smoke was emanating from the Narcotics Branch, CID Headquarters.

He said based on training received from the Guyana Fire Service, the Police activated the fire drill and immediately called the Fire Service along with other agencies such as the Guyana Power and Light (GPL).

“The initial response by the police in collaboration with members of the Fire Service, they quickly deescalated the fire, and as you can see normalcy is prevailing,” Commissioner Hicken said.

Acting Fire Chief Gregory Wickam, who was also present, told reporters that once the Fire Service was alerted, the Standard Operating Procedures (SOPs) were activated, resulted in a number of tenders responding to the scene of the fire. Wickam applauded the police for utilizing skills and knowledge received during training to help bring the fire under control.

Wickam assured that the cause of the fire will soon be determined.

Over the past two years, the Guyana Police Force has been hit by a number of fires, including the October 2021 fire that destroyed more than 80% of the Brickdam Police Station and the November 2021 fire that gutted the Office of the Director of Public Prosecutions (DPP) at Eve Leary, Georgetown.

Tue May 17 , 2022
Support Village Voice News With a Donation of Your Choice. By GHK Lall Much has been said and written about that momentary meeting of two leading political men.  Sometimes we read too much into things, and end up making them what they are not. I came to this early conclusion on that now famous (or notorious) camera shot of the […]