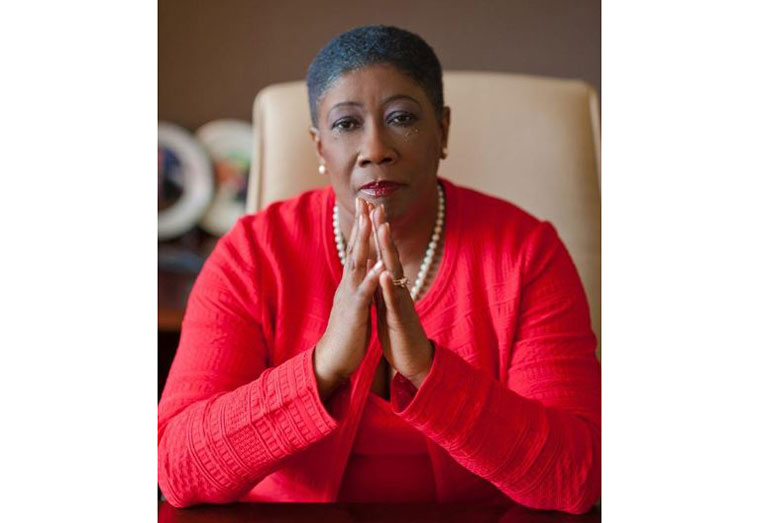 Eslene Richmond-Shockley is the Founder, Chief Executive Officer, and President of Caring For Others (CFO), Inc, a non-profit organisation, based in Atlanta, Georgia, United States of America (USA). Hers is the story of a child who was raised in poverty in the village of Nabacalis, East Coast Demerara but is determined to positively impact the lives of those living in poverty. To Eslene, “It is an act of justice to help those in need.”

Last year CFO opened its South Atlanta Food Bank, and according to the year’s Annual Report has formed new partnerships and expanded its overseas mission. Member of Parliament Jermaine Figueira (Region 10) is one such alliance. The international outreach also includes countries like Antigua & Barbuda, Nigeria, the Philippines, among others.

CFO “exists to help people who do not have the basic necessities live with dignity” by providing them with the resources to thrive, underpinned by its “mission to eradicate poverty on every level by feeding, clothing, and educating individuals and families in need around the world.”

Richmond- Shockley also does hands-on mentoring, with the scholarship awardees, about the tools necessary to succeed in the corporate and non-profit sectors. CFO runs a “Care Mart” store, and 100 percent of its sale goes towards its operation. The organisation’s contribution to making the world a better place does not only attract media attention but is recognised by others, including the USA government.

The reach and scope of CFO is wide and far. And though by no means could Richmond-Shockley be financially equated to a Jeff Bezos (Amazon); Bill Gates (Microsoft), Oprah Winfrey or other rich philanthropists her benevolence is comparable. Here’s a woman determined and committed to helping solve global problems that debilitate vulnerable groups. CFO has reached beyond traditional modes of offering a helping hand up to wanting to influence international policy.

The organisation has hosted the International Poverty Forum, gathering the “best and brightest minds” in devising strategies and proposing action plans to end global poverty. The presenters have been our own Carl Greenidge, former Minister of Government; Amy Grant, Christian music icon; Deion Sanders, professional footballer, and college hall of famer; et al.

A visit to the CFO’s website will leave you impressed and/or moved by the stories and messages. One such message is understanding and appreciating the “power to help someone struggling with poverty to live in dignity.” Too often those not so unfortunate would turn a blind eye, accuse the less fortunate of being lazy or expect them to pull themselves up by the bootstraps, fully aware as Rev. Dr. Martin Luther King Jr. said, “it is cruel jest to say to a bootless man that he ought to lift himself by his own bootstraps.”

It’s natural to wonder what drives Eslene? What motivates and inspires her? Undoubtedly her faith plays an important part because it was on the leap of faith and with only $25.00, she started CFO. But not to be overlooked is her verbalised conviction that she is doing what she has been called to do, i.e., to help the least of these, and will do so for as long as she is alive and has strength in her body. For more of Eslene Richmond-Shockley’s work, how to get involved, donate, or receive help visit: https://caring4others.org  (Sources: – website, et al).

‘Ramkarran makes a virtue of nothing’

Sun May 15 , 2022
Support Village Voice News With a Donation of Your Choice. A few weeks ago, the Opposition Leader, Mr. Aubrey Norton, outlined a number of issues other than the constitutionally required ones that he would like any meeting with President Irfaan Ali to address. In a Stabroek News article ‘One of the most advanced constitutions in the Region’ (SN: 24/04/2022), Mr. […]