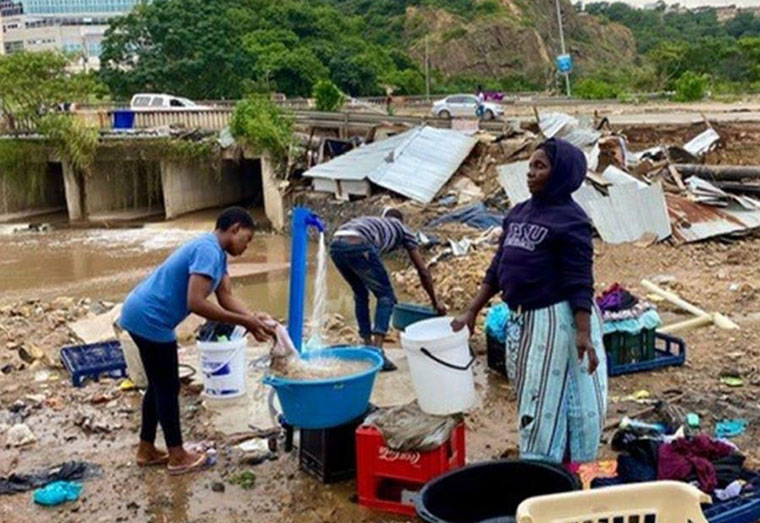 BBC – Rescue operations are continuing in South Africa in an effort to save the lives of dozens of people who are missing following the floods in KwaZulu-Natal province. With more rain on its way, emergency teams face further peril as they search for survivors.
“My house was here, and behind my house it was six or seven metres away from the river, so I thought I was safe,” says Hero Cangcatha, pointing at the debris that was once his Durban home.
“I’m traumatised because I don’t know what to do, I don’t know where to go, I don’t know the way forward. There’s no way forward in fact.”
Hero is one of about 40,000 people affected by the floods. Officials say 13,500 properties have been damaged, leaving many homeless without shelter, food or water.

Another woman nearby, who said she was too embarrassed to be named, said she must flee before her home is destroyed.
“I need a place to stay now, right now I’m leaving. Just for the safety of my children. It’s too bad, but we thank God that we are alive.”
Nearly 400 people have died and there are fears that number will increase as search and rescue operations continue to find scores of people who are still unaccounted for.
The grim search for survivors is also in jeopardy because some excavation machine drivers have left for the Easter holiday.
One aid organisation, Gift of the Givers, is now appealing for people who know how to operate excavation machinery.
That is now more likely to be a body retrieval operation as opposed to a rescue. But still, residents are digging through the rubble with their bare hands.
There is a frantic search for clean drinking water, a week on since the floods swept through this region – destroying homes, power lines, roads and bridges.
Residents gathered near a burst-water pipe scrambling for every drop of safe water in Amaoti, a township north of Durban.
The queues are long but the people are desperate.

“There’s no water at home, we can’t eat, we can’t bath. We need the government to help us with relief efforts,” one resident told the BBC, as they filled a plastic container with water to take home.
Meanwhile nearly 300 schools and some health facilities have also been damaged. Some communities are completely cut off because roads and bridges have collapsed. President Cyril Ramaphosa visited the province earlier this week to access the damage and level of need.
He described the floods – the worst in decades – as a “catastrophe of enormous proportions”.
He’s declared the province a disaster area and has promised that the government would “spare no expense” to rebuild the infrastructure and assist all affected families.
Weather experts have said that climate change may be contributing to changing patterns and making such extreme events more frequent.
While residents and critics agree, they have also blamed the government for not maintaining infrastructure or having proper water drainage systems in the province.
These are accusations the government has refuted.

Sun Apr 17 , 2022
Support Village Voice News With a Donation of Your Choice. Trinidad and Tobago Guardian – There is a problem with leadership in T&T, according to Archbishop Jason Gordon– they don’t serve. In his address to the congregation at the traditional washing of the feet ceremony on Holy Thursday, Gordon pointed out the shortcomings in leadership locally. “If something that’s gone […] 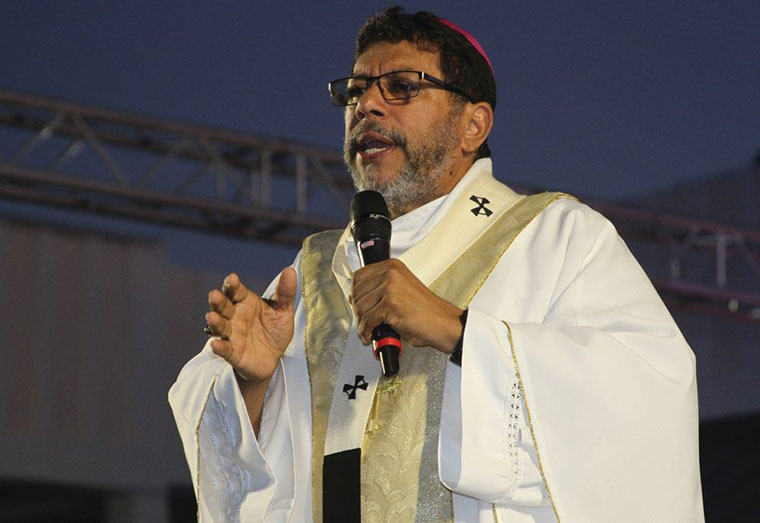