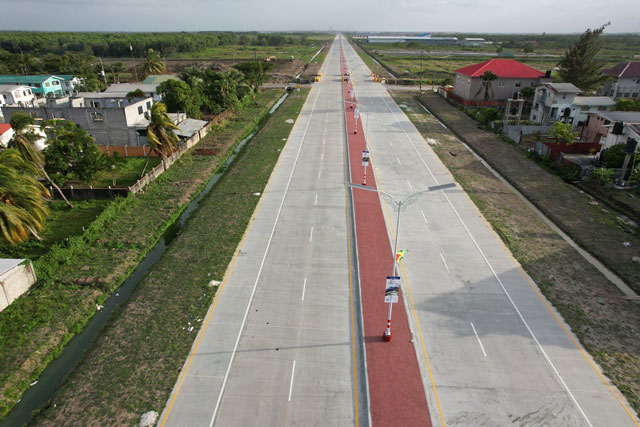 The newly commissioned $2.6 billion Mandela Avenue to Eccles four-lane highway will be outfitted with high end security features within three weeks, to ensure order is maintained on the road way.

The new motoring technology which matches international standards, will see errant road users being summoned to pay fines or even lose their licences.

President, Irfaan Ali made the announcement Thursday evening, when he officially opened the nation’s first ever concrete highway to the public.

The Head of State stressed that the aggressive approach is to ensure citizens live to enjoy the new ‘One Guyana,’ while activating the demerit system for drivers who continuously abuse road rules to be held accountable.

“This feature will track vehicle speed. It will pop your speed up so you can see it. It will then transmit your speed electronically to the Guyana Police Force and the Guyana Revenue Authority (GRA).”

The high-tech system can record the vehicle registration plate and has the feature to capture images of the driver and the front seat passenger in any vehicle, even at nights.

“The information will be exchanged on platforms and the adjustment in the law will come where necessary. It will then be connected to the safe country solution and the safe city solution,” Dr. Ali underscored.

The tickets are going to be printed monthly and then sent to the residence of the errant road user, who is then required to pay the GRA for the offence.

“Should you default on your ticket, your registration and road user licences will not be renewed in the following year,” President Ali emphasised.

He stressed that government’s drive to achieve a ‘One Guyana’ means responsibility, discipline and commitment.

Meanwhile, Minister of Housing and Water, Collin Croal, M.P, disclosed that more than $6.8 billion have already been expended for infrastructure works on the East Bank of Demerara.

From the over $27.5 billion set aside for additional infrastructure works along the East Bank corridor, the four-lane highway will be further expanded from Eccles to Great Diamond.

Little Diamond, Providence, Prospect, and Golden Grove are among villages to receive massive infrastructural upgrades, thus creating opportunities for the opening up of new commercial lands.

The acquisition of new lands and execution of critical infrastructure projects will pave a way for the allocation of minimum of 5,000 house lots in 2022 on the East Bank corridor. I am extremely pleased therefore, to say that we have been able to complete this phase with little hiccups,” the housing and water minister pointed out.

Meanwhile, following the commissioning ceremony, the Head of State unveiled the new monument, which displays a model of a mature harpy eagle, which he said, demonstrates the soaring heights and the collective strength of the nation.

The replica of the neotropical bird was made out of mild steel and rubber, weighs 3,000 pounds, is 11 feet in length, and has a wing span extended soaring upwards of 17 feet. (DPI)

Sun Apr 17 , 2022
Support Village Voice News With a Donation of Your Choice. STEMGuyana’s Platinum Volunteers program offers VIP invites and discounted rates on all of the organization’s future STEM programs–including summer camps, virtual academies, STEM clubs.  More than 300 volunteers have registered which should be more than enough for the program but the registrations have proven to be imbalanced with numerous volunteers […] 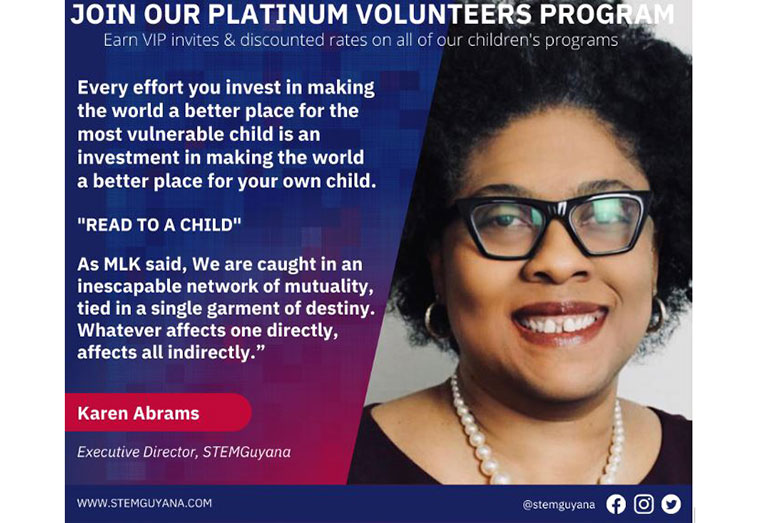