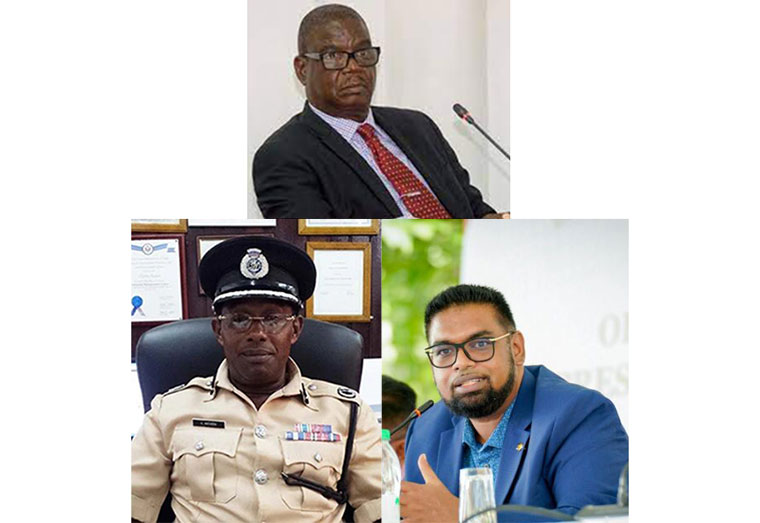 MEANINGLESS and SUPERFICIAL – those were the words used by former Chairman of the Police Service Commission (PSC) and Assistant Commissioner of Police (Ret’d), Paul Slowe to describe a recent instruction issued by the acting Commissioner of Police Clifton Hicken for all Regional Commanders to have their “houses” in order within a period of five days.

Hicken, whose appointment late last month has stirred up quite a controversy, delivered the charge during a closed-door Executive Leadership Team (ELT) meeting held earlier this month with the 12 Divisional Commanders. But in an interview with the Village Voice Newspaper, Slowe described the instructions and statements issued by Hicken, since his appointment as Commissioner of Police (ag), as meaningless and superficial.

“When you examine them they are meaningless statements,” Slowe told the Village Voice Newspaper. Rhetorically, he asked what the Regional Commanders were expected to do to have their “houses” in order within a 5-day period.

For him, the charge was superficial. “Trying to impress [people] ad get sound-bites, that’s not work,” he posited.

Hicken, according to President Irfaan Ali and the Attorney General and Minister of Legal Affairs, Anil Nandlall, was appointed as the country’s acting Commissioner of Police based on the ‘doctrine of necessity’ to fill the void left when Police Commissioner (ag) Nigel Hoppie proceeded on pre-retirement leave at the end of March. But, the former Chairman of the Police Service Commission (PSC) said there can be no justification for breaching the Constitution.

According to Article 211 (1) of the Constitution, the Commissioner of Police and Deputy Commissioners of Police ought to be appointed by the President of Guyana, however, those appointments must be based on meaningful consultation with the Leader of the Opposition and Chairperson of the Police Service Commission.

Slowe pointed out that the Constitution outlines a similar procedure for the appointment of an ‘acting’ Commissioner of Police.

Article 211 (2) of the Constitution states: “If the office of Commissioner of Police is vacant or if the holder thereof is for any reason unable to perform the functions of his office, a person may be appointed to act in that office and the provisions of the preceding paragraph shall apply to such an appointment as they apply to the appointment of a person to hold that office;..”

In defending the appointment, both the President and the Attorney General have pointed to the fact that there was no Leader of the Opposition and or Chairman of the Police Service Commission at the time of Hicken’s appointment.

Slowe said regardless of the justification proffered by the President and the Attorney General it is clear that the Constitution was breached.

“There is no question on whether the Constitution was followed or not. It is clear that it was not followed…,” he maintained.

According to him, there was nothing stopping the President from engaging in meaningful consultation with the then Leader of the Opposition, Joseph Harmon and then Chairman of the Police Commissioner Paul Slowe when Commissioner of Police, Leslie James proceeded on his pre-retirement leave on July 31, 2020, which ultimately led to his retirement. At the time, then Deputy Commissioner of Police, Nigel Hoppie, was instructed to perform the duties of the Commissioner.

Slowe argued that the President had ample opportunity to engage in meaningful consultation with the Leader of the Opposition and the Police Service Commission but did not.

The Office of the Leader of the Opposition only became vacant in on January 26, 2022 when Harmon stepped down to pave way for his predecessor, Aubrey Norton, who took up the post on April 13, 2022. However, the life of the Police Service Commission expired in August 2021.

NOT FIT AND PROPER
Aside from the constitutional breach, the former Chairman of the Police Service Commission contended that Hicken lacked the requisite experience, skills and qualification to effectively manage the Guyana Police Force.

Slowe posited that in a modern society such as Guyana where crime has become even more complex, the Guyana Police Force requires a Commissioner, who has the intellectual capacity to effectively address those complexities in a strategic manner.

He added: “Respect is something that is earned. You can go round the place, especially in an organization like the Guyana Police Force where persons that can be easily intimidated and they are going to fall in line; they are going to do what you say they must do, but the respect is not there.”

He iterated that the Commissioner should be respected not only by the Force and the Guyanese society but in those in the Region and even further afield.

“…I don’t believe that the person that has been appointed can command that type of respect,” he iterated.

Slowe also questioned the basis of appointing Hicken to act as Commissioner of Police, when within less than two years he will reach 55 – the age of retirement. Hicken is currently 53, however, his birthday is rapidly approaching.

“If you thinking about developing an organization like the Police Force, you are not going to appoint someone who does not have enough time to make impact and to make changes,” Slowe added.

The former Chairman of the Police Service Commission said given the constitutional breach, the appointment should be challenged in the Courts. He said it unacceptable for Government or another else to breach the Constitution – such, he warns, does not create a good precedence in a democratic society.

Sun Apr 17 , 2022
Support Village Voice News With a Donation of Your Choice. By Svetlana Marshall What started as a simple gesture to provide children and parents alike with education-based information, at a time when schools were forced to close their doors globally due to the raging COVID-19 pandemic has turned into a growing phenomenon where children have a safe space to express […] 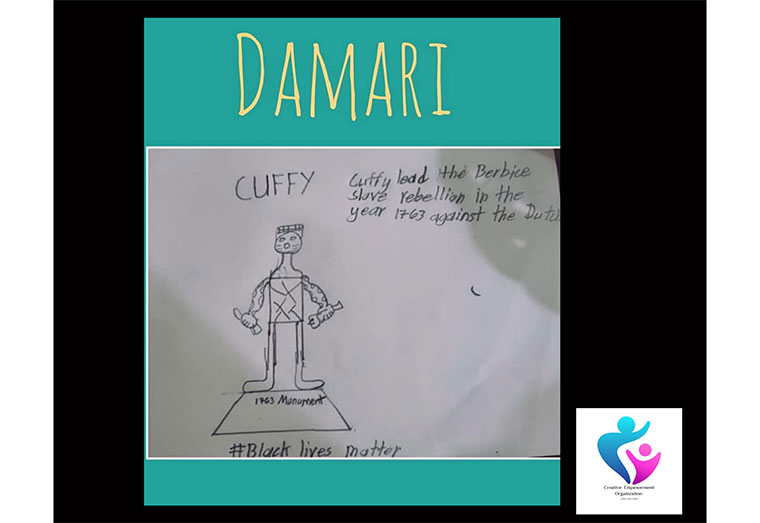