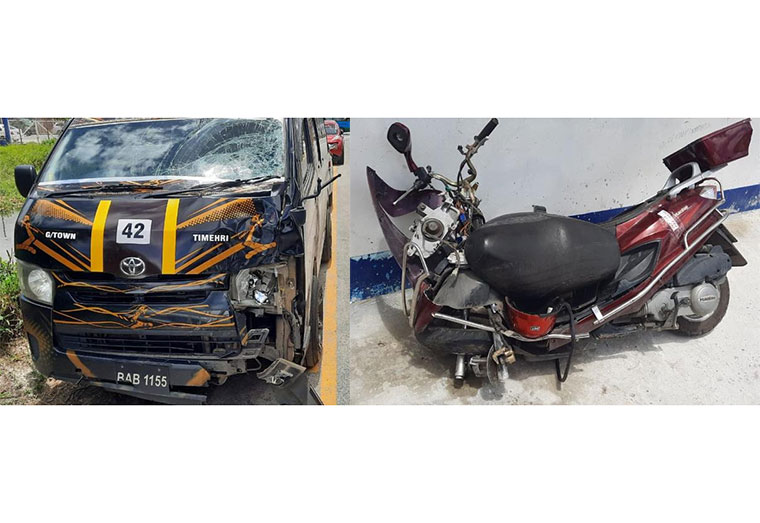 A 59-year-old West Ruimveldt woman was killed in an early morning accident after her motorcycle collided with a speeding minibus on the La Penitence Public Road.
Dead is Debra Salikram, a resident of Lot 85 West Ruimveldt Estate Housing Scheme. The deadly accident occurred at approximately 6:00hrs on Tuesday, April 5, 2022 on the La Penitence Public Road, and involved motorcycle CK 1126 and a minibus, BAB 1155, owned and driven by 29-year-old Dencel Abrams of Lot 12 Supply, East Bank Demerara .

The Guyana Police Force, in a statement, said the minibus was reportedly speeding south along the eastern side of the La Penitence Public Road whilst the motorcyclist was proceeding north along the eastern side of the said road. It is alleged that the motorcycle turned west into the path of the minibus resulting in a collision.
As a result of the collision the motorcyclist fell onto the roadway, where she received injuries. An ambulance was summoned, however, Salikram was pronounced dead on the scene by a doctor present. Upon visiting the scene of the accident, the police carried out a breathalyzer test on the driver of the minibus, however, no trace of alcohol was found in his system. He is in custody assisting with the investigations.

Tue Apr 5 , 2022
Support Village Voice News With a Donation of Your Choice. Guyana will, in 2024, host the 38th session of the United Nations Food and Agriculture Organization (FAO) Regional Conference for Latin America and the Caribbean (LARC). This was disclosed during the closing ceremony of the Conference last Friday in Ecuador. This is the first time the conference will be hosted […] 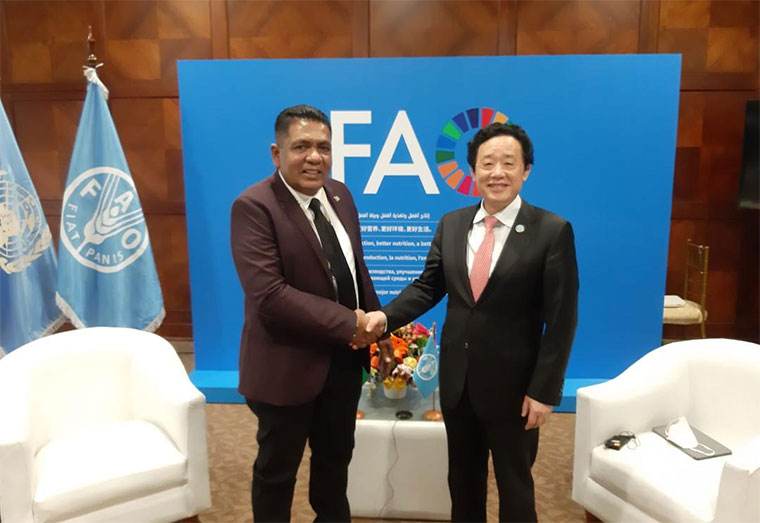