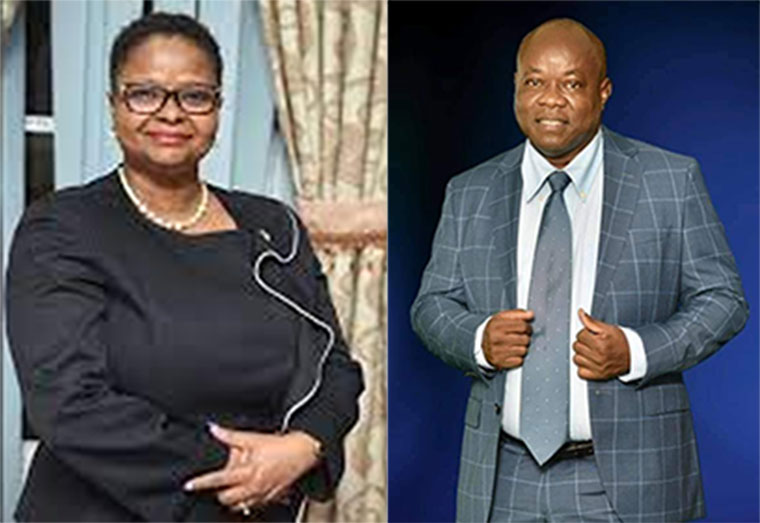 Former President and Representative of the List for A Partnership for National Unity + Alliance For Change (APNU+AFC), David Granger has written the Chief Elections Officer, Vishnu Persaud requesting that the names of the Leader of the People’s National Congress Reform (PNCR), Aubrey Norton; and former PNCR Chairperson, Volda Lawrence be extracted from the List of Candidates to sit in the National Assembly as Members of Parliament.

The move is in keeping with Section 99(A) of the Representation of the People Act. Cap. 1:03.

Granger, in a statement on Tuesday, explained that at 14:00hrs on Monday April 4, 2022 he received a letter dated March 31, 2022, signed by Norton, Chairman of APNU and Khemraj Ramjattan, Leader of AFC, indentifying Norton and Lawrence as the coalition’s nominees for Parliament.

“The letter informed the Representative of the List that two candidates for the 2020 General and Regional Elections are to be extracted from the List to fill the vacancies created by the resignation of Lt. Col. (ret.) Joseph Harmon and Dr. Nicolette Henry.  The two MPs had written to the Speaker of the National Assembly expressing their intention to resign from the National Assembly,” the Representative of the List explained.

It was following that correspondence that the Representative of the List, as required by Section 99(A) of the Representation of the People Act. Cap. 1:03, submitted the nominations to the Chief Elections Officer today, Tuesday, April 5.

Norton had been long identified by the coalition as its nominee for Parliament following the resignation of Dr. Henry, however, Lawrence was chosen subsequently after a another vacancy was created in the National Assembly when Harmon, former Leader of the Opposition, tendered his resignation with effect from March 15. Dr. Henry’s resignation took effect on March 31.

Over the week, Norton told the Village Voice News that Lawrence was chosen due to her financial background.

“Our first choice was Mr. Carl Greenidge but since he is occupied with the Guyana/Venezuela Territorial Controversy, which we consider to be important to Guyana, we have agreed that the next person with the accounts and financial skills is Volda Lawrence. So we have selected her,” Norton told this newspaper. Lawrence is an accountant by profession. She also served as Minister of Public Health under the Coalition Government.

Tue Apr 5 , 2022
Support Village Voice News With a Donation of Your Choice. After six months of training in leadership and management, 18 Guyanese women have graduated from ExxonMobil Foundation’s Global Women in Management (GWIM) Programme. ExxonMobil, in a statement on Tuesday, explained that the programme, which was launched last September, saw participation from non-governmental organisations, community institutions, women’s associations, and business. “GWIM […] 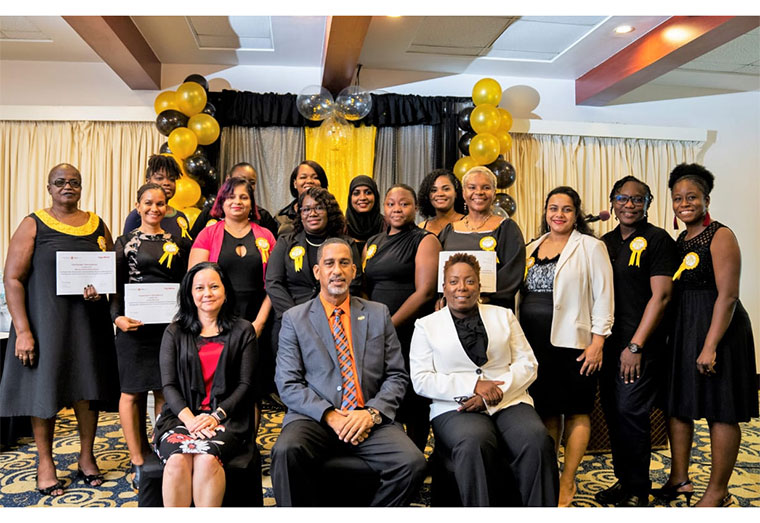