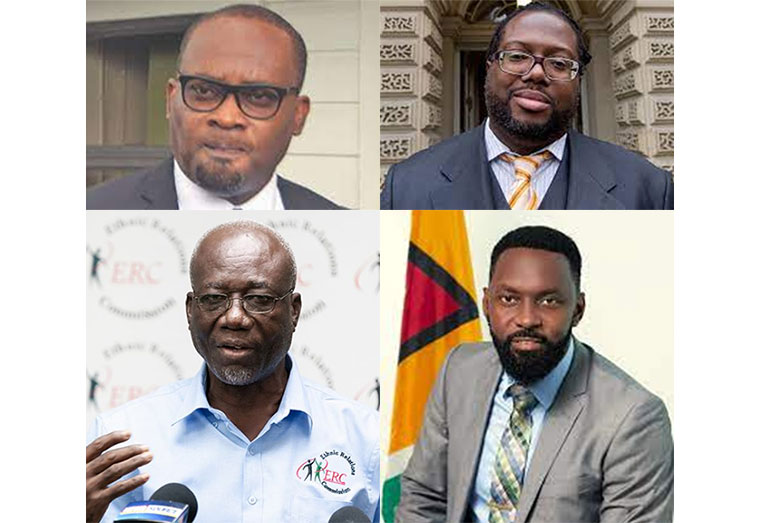 Opposition Chief Whip, Christopher Jones, and renowned Trade Unionist, Norris Witter have turned to the High Court to invalidate the ‘controversial’ Natural Resource Fund Act, which was passed in the National Assembly last December amid much chaos, and in the absence of the Mace.

Senior Counsel Roysdale Forde and Canada-based Attorney-at-Law Selwyn Pieters filed the Fixed Date Application (FDA) in the High Court on Monday, April 4, on behalf of Jones and Witter, naming the Attorney General, Anil Nandlall; the Speaker of the National Assembly, Manzoor Nadir, the Clerk of the National Assembly, Sherlock Isaac; the Minister of Finance, Dr. Ashni Singh; and the Parliament Office as the respondents in the matter.

Jones and Witter are seeking more than 18 declarations and orders, chief among them is a declaration that the passage of the Natural Resource Fund Bill by the National Assembly on December 29, 2021 in the absence of the Mace is ultra vires the Constitution, Common Law, the constitutional values of the Rule of Law, Democracy and Inclusive Governance, and the Standing Orders of the National Assembly, thereby making it null, void and of no legal effect.

The Opposition Chief Whip and Trade Unionist also want the High Court to declare that the conduct and or proceedings of the National Assembly in the absence of the Mace is unconstitutional and a breach of the Assembly’s Standing Orders; that the holding of the Assembly with the use of a replacement Mace without any approved Motion to do so is also unlawful; and the enactment of the Natural Resource Fund Act by the Parliament is illegal.

They are also asking the Court to declare that the Executive failed to engage in sufficient consultation with the citizenry and stakeholders as mandated by the Constitution and Covenant on Civil and Political Rights International Convention in designing and formulating a Natural Resource Fund policy for Guyana.

As such, they want the Court to order that all actions taken under the Act upon its enactment to be nullified.

In laying the grounds for the application, the Attorneys pointed out that Witter along with 63 other citizens submitted, through a Member of Parliament, a Petition which sought a pause on any debate on the Natural Resource Fund Bill to allow for extensive consultation among the Government, the Opposition and Civil Society. It was noted that despite the petition, the Assembly went ahead with the debate even in the absence of the Mace.

“The Mace is the most significant instrument of authority for the proper constitution and orderly functioning in the National Assembly. It represents the authority of Parliament. The Mace is an instrument having the force of law and any unwritten Rule of Law,” the Attorneys pointed out while arguing that no business of the National Assembly can be conducted in the absence of the Mace.

Forde and Pieters added: “The use of the replacement mace can also be unequivocally challenged as a breach of the Standing Orders existed by the non-approval of the Assembly to so use. No Motion was raised and or put for a vote for said use. Therefore, the procedures for the application of the “mock mace” was recklessly disregarded.”

It was pointed out that since the election of the current Speaker in September, 2020, there was never a decision by the National Assembly to have two Maces.

Mon Apr 4 , 2022
Support Village Voice News With a Donation of Your Choice. —Article 13 urges Less than 48 hours after the Environment Protection Agency (EPA) issued Esso Exploration and Production Guyana Limited (EEPGL) with an Environmental Permit for the Yellowtail Project in the Stabroek Block, the company received its Petroleum Production Licence – a situation – Article 13, said is a cause […] 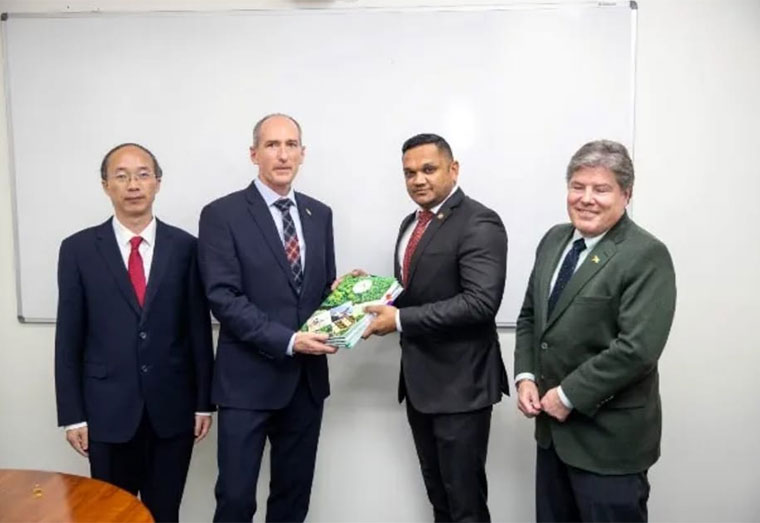