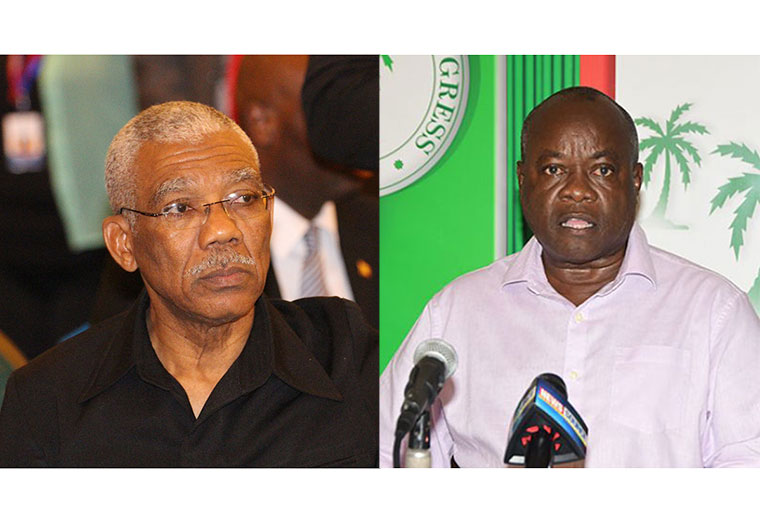 Former President and Representative of the List of Candidates for the A Partnership for National Unity + Alliance For Change (APNU+AFC), David Granger, has been officially asked to extract the names of the Leader of the People’s National Congress/Reform (PNCR), Aubrey Norton; and former Chairman of the PNCR, Volda Lawrence, to sit in the Parliament of Guyana.

In a brief interview with the Village Voice Newspaper on Saturday, Norton said the Representative of the List should be in receipt of the Letter, which was written on Friday, April 1, 2022 following consultations between the APNU and the AFC.

The Leader of the PNCR, who also sits as Chairman of APNU, said it is expected that Granger would respect the wishes of the PNCR, and by extension the coalition.

In a recent correspondence, the Representative of the List asked Norton, the Chairman of the APNU; and Khemraj Ramjattan, Leader of the AFC to engaged in meaningful consultations on the nomination of candidates to replace former Leader of the Opposition, Joseph Harmon and Opposition Member of Parliament, Dr. Nicolette Henry, whose resignations took effect last month.

Norton told the Village Voice Newspaper that though the APNU and AFC consulted on the nominations, they did so in the interest of democracy.

He said, nonetheless, it was agreed that in addition to him, Volda Lawrence, who served as Minister of Public Health under the APNU+AFC Government, would return to Parliament. He said in identifying the candidate, the PNCR took into consideration the need for there to be a MP with strong economic background.

“Our first choice was Mr. Carl Greenidge but since he is occupied with the Guyana/Venezuela Territorial Controversy, which we consider to be important to Guyana, we have agreed that the next person with the accounts and financial skills is Volda Lawrence. So we have selected her,” Norton told this newspaper. Lawrence is an accountant by profession.

With the names of the two nominees in hand, it is now for Granger as the Representative of the List to inform the Chief Elections Officer (CEO), Vishnu Persaud of the coalition’s decision.

Harmon’s resignation took effect on March 15, 2022 while Dr. Henry’s resignation became effective on March 31, 2022, thereby officially creating the vacancies on the Opposition side of the House.

THE RISE AND FALL OF TWO LEADERS
Once sworn in as Member of Parliament, it is expected that Norton would be elected Leader of the Opposition, thereby replacing Harmon. He has already secured the support of AFC, in addition to that of APNU.

Political Scientist, Dr. David Hinds has said Harmon is a victim of circumstances as he reflected on Harmon’s decision to resign from the Parliament of Guyana.

Harmon, who serves as an A Partnership for National Unity + Alliance For Change (APNU+AFC), submitted his Letter of Resignation to the Speaker of the National Assembly Manzoor Nadir on March 3, 2022. In a brief correspondence with the Village Voice Newspaper, he cited his reason as “personal” but Dr. Hinds opined that the resignation is another indirect effect of the historic 2018 No-Confidence Motion.

“He is in many regards a victim of circumstances—some that were unavoidable and some of his own choosing.  His resignation has to be seen in the context of the APNU+AFC loss of power two years ago,” Dr. Hinds told the Village Voice Newspaper.

The Political Scientist said the fallout from that development has not abated as the Coalition has not, for unknown reasons, sat down and engaged in any serious analysis of what transpired before, during and after the 2020 General and Regional Elections.

The result – a fragmented coalition, mostly on the part of the A Partnership for National Unity (APNU), Dr. Hinds said. According to him, the coalition has rendered the Opposition toothless.

“As far as the PNC is concerned, the fact that it is the largest party in the grouping, means that the fallout has been more pronounced within that organization. The finger-pointing and counter finger-pointing and the apportioning of blame have been quite intense. There has also been the settling of scores with those in authority using it to sideline perceived opponents. The fact that the top leadership did not step aside immediately after the loss of government has also helped to create a toxic atmosphere in the party. Finally, the party’s inability to mount any serious and sustained opposition to the PPP’s aggression is both a cause and effect of the stalemate within the party,” the Political Scientist reasoned.

He said it is for that reason Harmon’s resignation both as Opposition Leader and Member of Parliament should be seen not as a choice.

“While he has apparently resigned by choice, in a real sense he was pushed out by the sheer force of the toxic stalemate within the party. He is a casualty of the political blood-letting that occurs when a party loses power in the circumstances which forced the Coalition out of office. The inability to stop the blood-letting is a direct result of the factionalization that has enveloped the party and does not seem to be ending anytime soon,” Dr. Hinds reasoned.

He posited that Harmon, perhaps naively or out of loyalty, took up the mantle as Leader of the Opposition but that decision has back fired on him and will now see him leaving Parliament in a matter of days.

According to Dr. Hinds, Granger’s decision to appoint Harmon Leader of the Parliamentary Opposition while sideling senior party members, placed Harmon in a very untenable situation.

“He, Harmon, became the whipping boy for Granger’s detractors,” Dr. Hinds said, while noting that from the onset, Harmon lacked the full support of the party.

“It would not be out of place to conclude that he and his cadre of MP’s were undermined from inside. Harmon, therefore, lacked the political firepower needed for that delicate assignment. In the end he appeared lackluster, often bereft of the bite and focus needed to mount an effective opposition to an aggressive government which is the product of Regime Change,” Dr. Hinds said.

According to him, the fact that the PNC opted not to mount street protests against the government is among factors that worked against Harmon.

“Having made the case that the government was stolen via Regime Change, the logic was some form of aggressive response. The fact that that was deterred partly by intra-party disarray, partly by bad tactics and partly by geopolitical factors meant that the official opposition appeared weak in the eyes of its supporters. As the Leader, Harmon became the target for the frustrations of supporters,” the Political Scientist further reasoned.

Further, Dr. Hinds submitted that it was “unwise” for Harmon to challenge Norton for the leadership of the party. Harmon, according to Dr. Hinds, badly misread the mood of the party and the base.

But the situation further deteriorated even after the PNCR Biennial Elections. It was noted that even after the PNCR signaled its strong desire to have Norton take up the mantle as the country’s Leader of the Opposition, there have been several attempts to block Norton from entering Parliament.

“Had He, Harmon, move swiftly to an accommodation with Norton in the post-Congress period, he may have been able to avoid being the fall-guy for the party’s loss of power and its lackluster opposition to the PPP regime,” Dr. Hinds submitted.

He said is unfortunate that though Harmon has a lot to offer at the top leadership level, his direct and indirect decisions and actions have landed him outside of the realm of leadership.

Condemnation grows over abuse of policewoman by attorney

Sun Apr 3 , 2022
Support Village Voice News With a Donation of Your Choice. ….as lawyer files $150M lawsuit for slander Organisations and individuals continue to condemn the alleged racial and physical abuse meted out to a policeman by attorney-at-law, Nirvan Singh even as her lawyer has filed a $150M lawsuit for slander. Shawnette Bollers, a female Special Constable attached to the Guyana Police […] 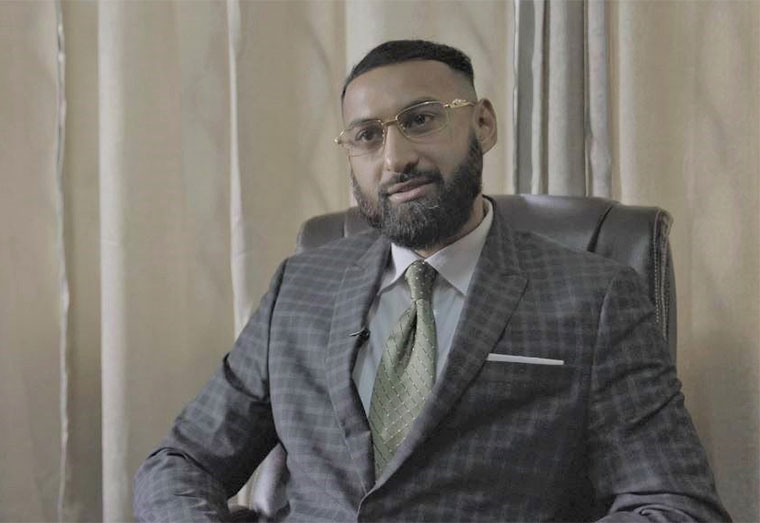