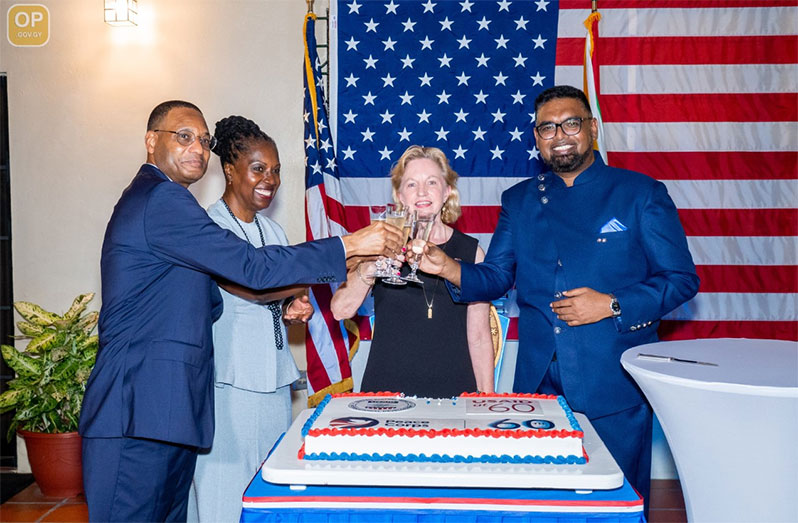 President Irfaan Ali has highlighted the significance of strategic partnerships and the importance that values and principles bring to their successes.
The Head of State addressed these impacts last Tuesday evening as the keynote speaker at a reception in honour of the 60th anniversaries of the United States Agency for International Development (USAID) and Peace Corps. He congratulated the agencies on reaching their milestones, lauded their progress and pointed to their collaboration with Guyana over the years.
He also acknowledged that USAID and the Peace Corps have “indeed impacted many people positively” and will play a part in the country’s development. “The objective here is to understand where the country is heading, and for us, together, to develop the vehicle that will take us there.”

US AND GUYANA LONG-TERM PARTNERSHIP
He noted that the United States and Guyana are working together on many strategic objectives in several areas. “Whether it is security, whether it’s developing a new master’s programme at the University of Guyana, whether it’s working on institutional strengthening with the Perry Center, whether it’s working on a bell chopper; what we are doing is building a long term partnership in keeping with the country’s objective and keeping with the vision of the country.”
The President also highlighted Guyana’s leading role in agriculture and food production in the Region and the importance of technology transfer to achieving this. “We are building partnership with the rest of CARICOM in ensuring that we build a sustainable future for food production within the region. These are the new areas that we need tremendous help in. In order for us to avoid the Dutch disease, we have to build capacity to ensure that there is enough economic energy at different levels to bring all of Guyana together.”

CHANGING ENVIRONMENT
President Ali acknowledged too the changing global environment in which USAID and the Peace Corps operate, particularly as a result of the COVID-19 pandemic and the invasion of Ukraine by Russia which is having global ramifications.
“In the world we live in today, I cannot share this platform without using it, as we celebrate 60 years for the Peace Corps and USAID, I want to call on all those involved in the war in Ukraine, the invasion of Ukraine, to understand that there is a moral and ethical responsibility to return to peace, and more importantly, diplomacy. I saw the Secretary-General of the UN making another call that diplomacy is not too late, but I want to say that it is not only about diplomacy, it is understanding that the world is suffering now. You may not see the world dying by rockets, but with oil at $126, we are all suffering because of the war.” The President called the organisations “important” and said that they add value to the country.
“We must commit to ensuring that each of these organisations continue to survive.”
Peace Corps Guyana was established in 1966, the same year as Guyana’s independence. The programme ran until 1971, and between those years, over 160 volunteers served in Guyana. The Guyana Peace Corps programme was discontinued from 1971 until it was re-started in 1995. Senior Minister in the Office of the President with Responsibility for Finance, the Honourable Dr Ashni Singh and several other Cabinet Ministers, Member of Parliament Khemraj Ramjattan, members of civil society and members of the diplomatic community were also at the reception, which was held at the US Ambassador’s Residence. (Office of the President)

mmg+ singled out as ‘game changer’ in financial technology in Guyana

Thu Mar 17 , 2022
Support Village Voice News With a Donation of Your Choice. Mobile Money Guyana (mmg+) was hailed as an innovative benefit to consumers by users, during a panel discussion hosted by the Consumer Competition and Consumer Affairs Commission, on March 15 in recognition of World Consumer Rights Day. Founded in 2013, mmg+ provides a spectrum of financial services to customers. Among […] 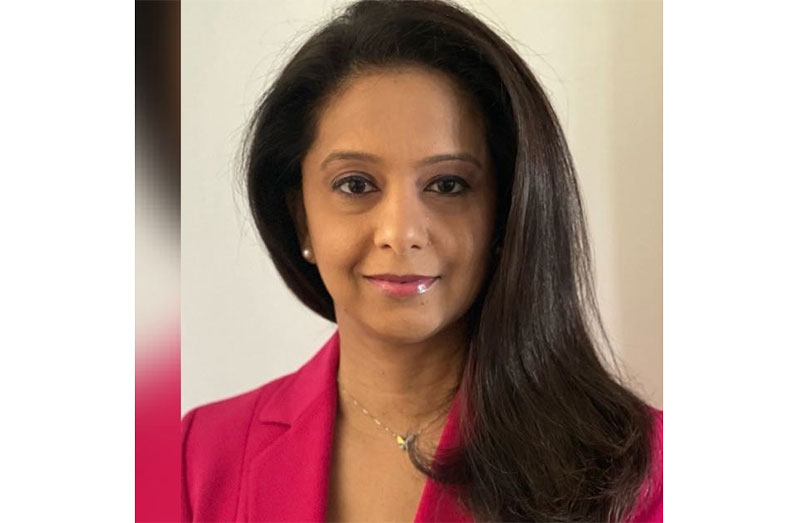