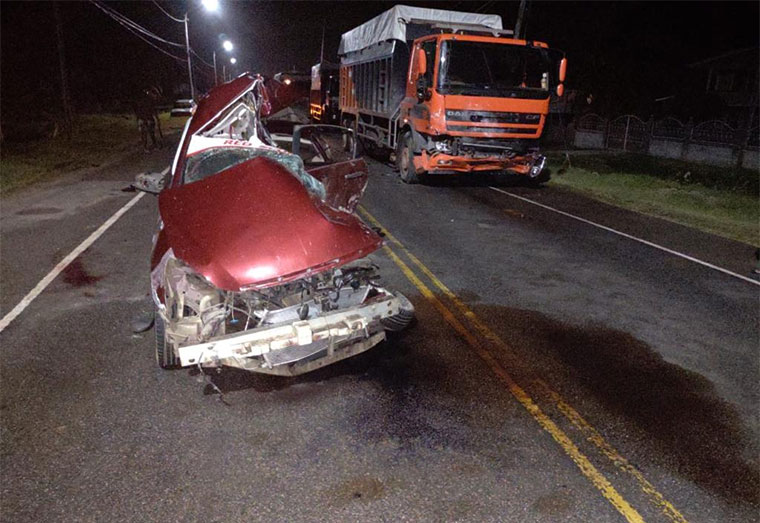 Yujisteer Puran age 26 years of Rosehall Corentyne Berbice also died in the accident. According to the police report, motorcar #PSS 1682 was proceeding east along the northern drive lane of Borlam Public Road East Coast Berbice and was in the process of negotiating a right turn which is located on Number One Public Road Corentyne Berbice when the driver lost control of his vehicle which spun several times and collided with the front portion of motor lorry #GZZ 4440 which was proceeding south along the eastern drive lane on Number One Public Road.

As a result of the collision, the driver of motorcar #PSS 1682 and the mentioned occupant received injuries about their bodies. They were both taken out of motorcar #PSS 1682 by public-spirited citizens and ranks of the Guyana Fire Service in an unconscious condition.
The driver was escorted to New Amsterdam Public Hospital while the occupant was escorted to Port Mourant Public Hospital where they were both pronounced dead on arrival by the doctor on duty. The body of the driver is presently lying at the New Amsterdam Public Hospital Mortuary while the body of the occupant was taken to Ramoo Funeral Home Rosehall Corentyne Berbice both awaiting Post Mortem examination. The driver of motor lorry #GZZ 4440 was arrested and is presently in custody at the Albion Police Station and is assisting with the investigation. A breathalyzer test was conducted on the said driver and the same read zero.

Tue Mar 15 , 2022
Support Village Voice News With a Donation of Your Choice. An inmate was found with a quantity of Marijuana, cell phones and other contraband at the Mazaruni Prison. In a statement police said, on 2022-03-10 about 07:25 hours prison officials performing duties in the Mazaruni Prison observed inmate John Caesar, was walking heading to the Security Block, with a 5-gallon […] 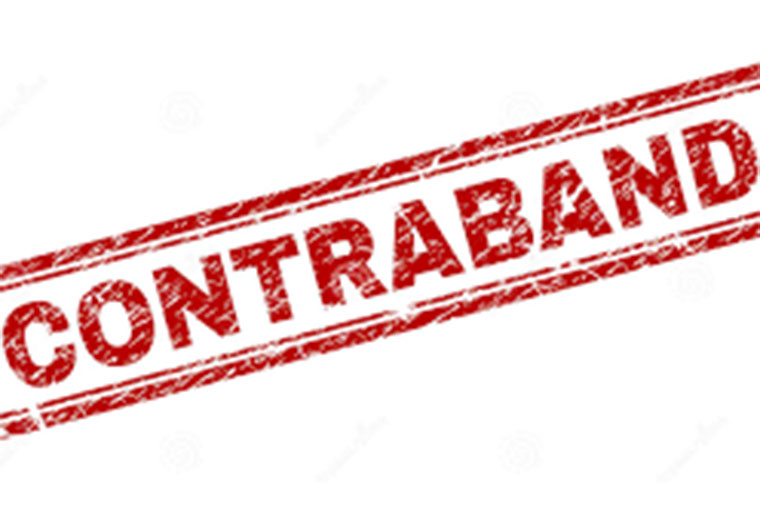