Guyana’s Oil & Gas Conference confirmed what it really was about all along. A carnival hailing the hollow virtues and hazy prosperities of this newly rich oil producing nation. Though the saga is as old as oil itself, it is how this country has succeeded once again in being newly lost, through converting grand opportunity to dismal failure. We have this oil, and we have the world at our doorstep and feet, but we are the ones bowing down, and rolling over like a whipped, cowed, humbled dog.

I heard the Vice President speaking for the first time, (trust me), and I recoiled. Exxon could not have asked for a better salesman, a slicker pitchman, a harder advocate, defender, and hustler for the interests of foreign oil interests, a classic case of Stockholm Syndrome at the highest national leadership circle. When the man, this Guyanese leader, prioritized Exxon’s risks, placed incentivizing the company uppermost, the game was up; Guyana’s needs, rights, precedence in all considerations were going to be downplayed, discarded to the secondary. Those were what resulted.

For the record, I am a competitive capitalist at heart, and all for Exxon and company to be rewarded for their risks, but Guyana cannot be near zero in the compensation/prosperity equation. After that, I knew that it was over, that if the Vice President’s own life depended on it (not Guyanese), he was helpless to do anything even for himself. When our top leaders, President and Vice President, come across as crawling, kowtowing, groveling missionaries of Exxon’s playbook, hymnbook, and checkbook, Guyana’s goose was cooked, compliments of the Vice President. This is how men immortalize themselves in invidiousness and infamy.

There was the great Darren Woods of Exxon legend waxing over Guyana as one of the most exciting places in the world; there was Guyana’s oil head with oratorical dimness emphasizing Exxon’s risk-reward matrix. The Vice President had glorious opportunity to tell all comers that Guyana has what it takes, Guyana is where the rich action is at (like nowhere else, anywhere), Guyana is IT. And that Guyana will welcome explorers, producers, and partners, but only of a certain caliber: true, sincere, real partners. Such partners will do handsomely, by any comparison, and so must we. So must we. We must not be visited by, will not welcome predators and pillagers. Study the Chinese: our way or the highway. This is how it should have been under this PPPC Government, but was not going to be from Guyana’s Vice President. I give notice to all at this enriching moment that when we all, local and foreign, can have our proper share of Guyana’s pie, a respectable one, nothing of such was on the table, save for the occasional throwaway line, passing mention, of Guyana’s existence in oil excitements, and only in muted language. By seeming prearrangement, by whatever hostage duress that Guyana’s two leaders operated under, there was only homage to Woods and accompaniment, to investors and risks.

Meanwhile, the stark tale of the real Guyana, of how this oil blessing already transforms to its worst curse ever, was unfolding outside. In a spring-loaded phrase, it was of Guyana’s haves and have-nots, and it alarmed. For in that picture, there are visions of Guyana, its road, and the end result. Because beyond the conference perimeter were the left out, left behind, and left alone Guyanese who expect more from these 20 plus discoveries (Mr. Woods again), compile to the material from which rage builds and resistance comes. It is the prosperity of passions. As Guyana’s leaders hurry merrily along, the embers are there, outside the grand opulent Marriott. On the inside were the haves-sharks, barracudas, piranhas-scavengers and flesh-eaters and bloodsuckers of the lowest denominator. Hell, it is crony capitalism, the mayhem of oil madness gone overboard. This cannot stand, where only few flourish from this oil in this the second fastest growing economy of the world; while many seethe by the margins, where they are dismissed. This is the stuff of all those three words that all begin with r. I caution. Leadership oil repressions and arrogant disdains fuel the most serious upheavals. Of the spirit, environment, national fabric. I warn again. Slavery and indentureship bound and housed us uneasily together, independence did not free us, and now oil has made serfs of us.

What should have been Guyana’s glittering moment of the self-assertion that comes from self-correction deteriorated into the painfulness of Guyana’s leadership weaknesses (again), an extravaganza on behalf of Exxon’s righteousness, and an exhibition of Exxon’s mightiness tightly coupled to Guyana’s leadership spinelessness and their dutifulness. As an American I should be thrilled, but I am not. As a Guyanese, I should be stricken and I am. Once again, our leaders fail us abjectly, when the cards in hand favor us, when the world comes rushing to our threshold with hat in hand, knee curtsying slightly. We have the world where we want it, and as customary about Guyana we squandered the moment. For whatever it is worth, the oil that is there, it just as well might not be there.

Separately, President and Vice President had inclusive opportunity, through welcoming opposition and civil society members. It didn’t. It had to battle for Guyana. It didn’t again.

This is what Guyana’s Oil and Gas bacchanal proved to be, where we are just bit players and sideshows (public freaks) in the local oil opera. We cope with hangover and regret at what should have been, and could have been, but are not. With political leaders like these (and before), Guyana can be nothing but the eternal loser that it has always been, oil or no oil. And this brings me to this dreariest of places: what am I doing here? Why do I stick around among such people at the top, who offend sensibilities, assault national and personal dignity, desecrate every promise handed to this land? The problem might just be with me, which is an epiphany not wanted.

Sun Feb 20 , 2022
Support Village Voice News With a Donation of Your Choice. By Gary Best (Rear Admiral Rtd) Recently, in the public domain, far and wide, there was a lot of anger, and quite rightly so, about the non-consultation with, non-invitation of, and non-participation by, the parliamentary opposition in the recently concluded 2022 International Energy Conference and Expo hosted by the government […] 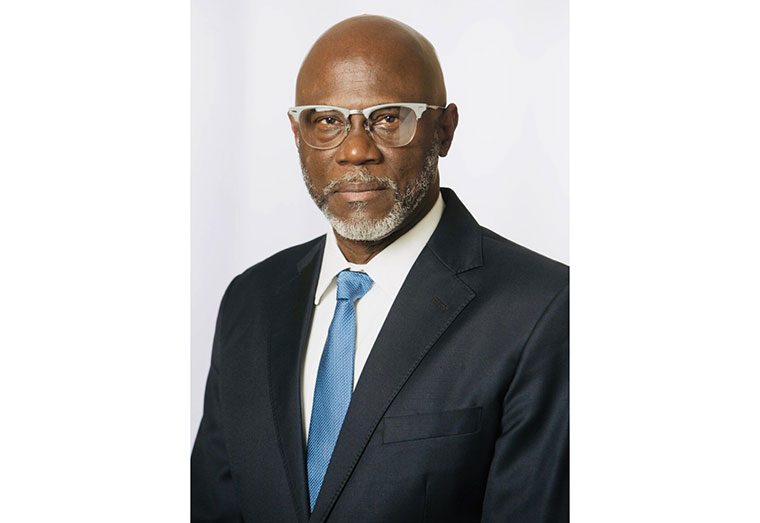