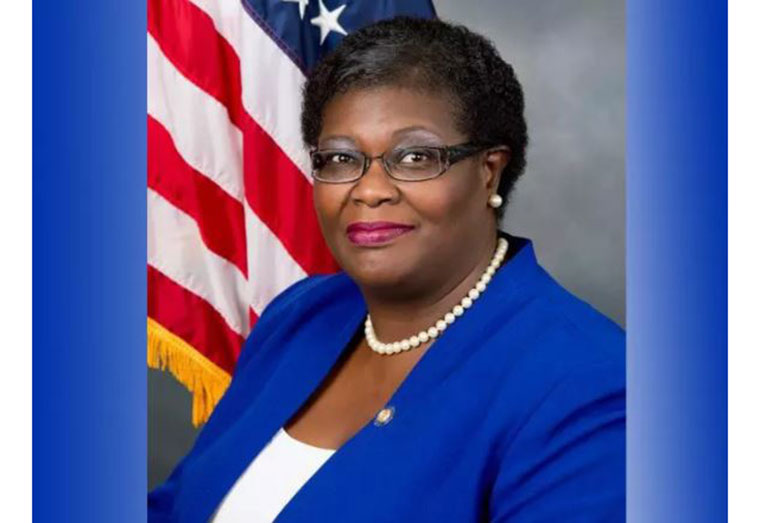 Guyanese women make their names wherever they go, having a positive impact in societies, home and abroad. One such person is Senator Roxanne Jacqueline Persaud. She is in her second elected term as Senator in the New York State Senate, representing the 19th District. This District includes part of Canarsie, East New York, Brownsville, Mill Basin, Sheepshead Bay, Bergen Beach, Marine Park, Flatlands, Ocean Hill and Starrett City in Brooklyn. A significant number of Guyanese reside in this District and obviously she is what you would say is “Our Girl.”

The role of women in politics is manifold. For instance, women’s presence in leading political roles not only help in fostering gender equality but given their nurturing nature they bring to decision-making a more inclusive approach to conflict resolution and development.
The United Nations reminds that the: “Underrepresentation of women in political life contributes to exacerbating inequality, [and] the benefits of women’s participation in exercising political power clearly cannot be called into question [because] if half of the population is excluded, sustainable development is just a thought.” The organisation also said evidence has “shown that a greater representation of women in parliaments ensures reform of discriminatory laws.”

Roxanne is a Mahaica River girl. She was born on 1st March in the year of Guyana’s independence at St. Cuthbert’s Mission. At a young age she migrated to the United States with her parents and siblings. The family settled in New York. In New York she attended Pace University and holds both undergraduate and graduate degrees in Education Administration. She is also a graduate of the New York Police Department (NYPD) Citizens Police Academy and the New York City Office of Emergency Management-Community Emergency Response Team.
Before being elected to the Legislature, Roxanne was employed as a higher education school administrator. And before she was elected to the State Senate, she served in the State Assembly. As a Senator she has been vocal on hot button issues such as gun violence, calling for common sense firearm safety legislation “without overstepping the rights of gun owners.”

Americans take the Second Amendment in their Constitution seriously, to the extent where perceived acceptance and rejection of said right influences elections outcome. This Amendment, which was ratified on December 15, 1791, speaks to the right to keep and bear arms. This right was enshrined by the Founding Fathers as a means of protection from colonial (Britain) rule, to protect freedom of speech, freedom of religion, among other rights to self-determination in a young nation.
According to a Pew Research Centre story (3rd February 2022), the Centre for Diseases Control and Prevention in 2020, based on the most recent data available, stated that 45,222 people died from gun-related injuries in America. This is the dichotomy of the right to bear arms and guns are being used to execute mass killings, gang killings, resolve conflicts, etc. Senator Persaud also noted that “Gun-related violence across the nation is getting worse, even in some New York neighborhoods — where overall crime is at an all-time low.”

Not only has she partnered with the NYPD on Gang Violence and Prevention Event, but she was also the co-sponsor of several safety legislation geared at providing New Yorkers with better protection from gun violence. These bills were passed by the Senate on January 29, 2022.
Roxanne is presently chair of the Senate’s Social Services Committee. She is also a member of the Banks, Children and Families, Commerce, Economic Development & Small Business, Labor and Transportation Committees.
Senator Persaud is longtime community advocate and serves on organisations that address domestic violence, cancer awareness. Her webpage also advises that she served as President of the 69th Precinct Community Council in Canarsie, is a member of Community Board 18 and Commissioner on the New York City Districting Commission. Additionally, she was a member of the Community Action Board of the New York City Department of Youth and Community Development and Chairperson of the Neighborhood Advisory Board – District 18.
The Senator has earned a reputation of being an international advocate, getting involved in issues that are of interest to her such as medical and social outreach programmes. She also stays true to her Guyanese roots, attending events hosted by the U.S Consulate in New York, and Guyanese/West Indian festivities, achievements, and milestones. (Source:internet and Senator Persaud’s webpage).

Mr. Su is the consequence of Regime Change

Sun Feb 13 , 2022
Support Village Voice News With a Donation of Your Choice. We Guyanese love a session–Why not? After all, COVID-19 has beaten the hell out of us. The PPP has beaten the rest out of us. So, Mr. Su came at the right time—in the middle of our latest Budget Blues. As I hinted, this past week introduced to a new […]