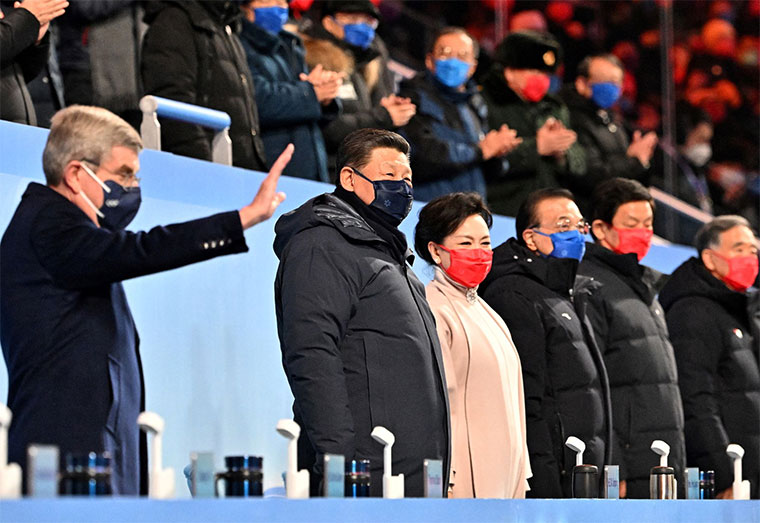 BEIJING, Feb 5 (Reuters) – Chinese President Xi Jinping met the leaders of several more countries on Saturday as Beijing used the start of the Winter Olympics to score diplomatic points amid simmering tensions with the United States.

Following a groundbreaking agreement with Russia on Friday over Taiwan and against NATO expansion, Xi held meetings with the leaders of Serbia, Egypt, Kazakhstan, Uzbekistan and Turkmenistan and hosted a banquet at Beijing’s Great Hall of the People.

Over 30 foreign leaders travelled to Beijing to attend Friday’s opening ceremony. But the United States and other Western countries have subjected the Winter Games to a diplomatic boycott amid rising geopolitical tensions and allegations of human rights abuses in China’s northwestern region of Xinjiang.

The Global Times, run by the ruling Communist Party’s People’s Daily, hit back at foreign media reports that the event had attracted only “authoritarian” leaders, accusing them in an editorial of using “outdated anti-China cliches”.

Saturday’s Lunar New Year-themed banquet was the first time the Chinese president has joined a gathering of state leaders since before the outbreak of COVID-19 in late 2019.

Toasting his fellow leaders, Xi expressed “heartfelt thanks to all governments, peoples and international organisations who care about and support the Beijing Winter Olympics”.

“China has made every effort to overcome the impact of the coronavirus epidemic, earnestly fulfilled its solemn commitments to the international community and ensured the Beijing Winter Olympics is being held as scheduled,” Xi said in a speech published by Xinhua news agency.

The People’s Daily described strengthened China-Russian relations – announced by Xi and Russian President Vladimir Putin after they met on Friday – as “an important guarantee for maintaining an international strategic balance, world peace and stability”. The Global Times called it the start of a new era “not defined by the United States”.

He also told Turkmenistan President Gurbanguly Berdymukhamedov that the two sides should deepen cooperation on supplying natural gas to China.

Kevin Rudd, former prime minister of Australia and president of the Asia Society, described the joint statement issued by Xi and Putin as “highly significant”.

It was “the first time since the Sino-Soviet split that China’s taken a definitive position on European security to support Russia on something as fundamental as NATO”, Rudd wrote on Saturday.

The “no limits” agreement for a strategic partnership included Russian support for China’s opposition to any form of independence for Taiwan, and China’s backing for Russian opposition to further expansion of NATO.

Russia has amassed 100,000 troops near its border with Ukraine as it tries to pressure the country into ruling out future NATO membership for the country. Moscow has denied it plans to invade. Taiwan’s Foreign Ministry called the timing of the agreement “contemptible”, and added that the Chinese government was bringing shame to the spirit of the Games.

Sun Feb 6 , 2022
Support Village Voice News With a Donation of Your Choice. By Carlos Felipe Jaramillo Two years after the onset of the pandemic, 2022 began with some hopeful signs of economic recovery after the worst downturn in more than a century. But the scars of the crisis are still visible in Latin America and the Caribbean. Eliminating them will take time […] 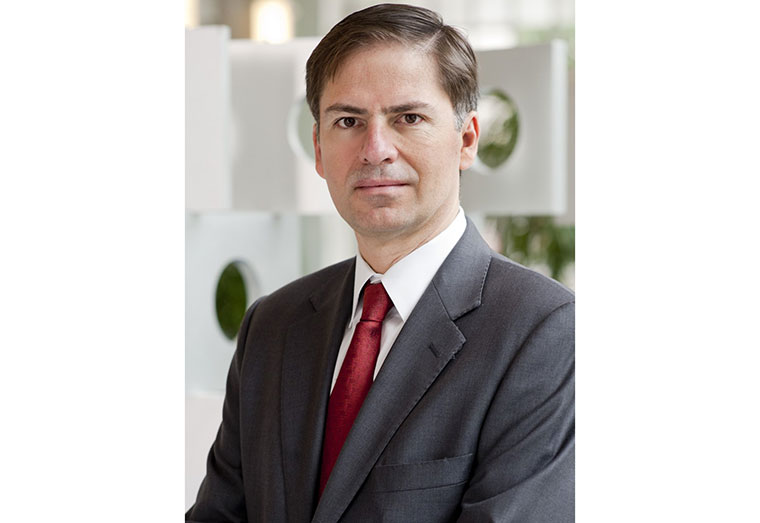