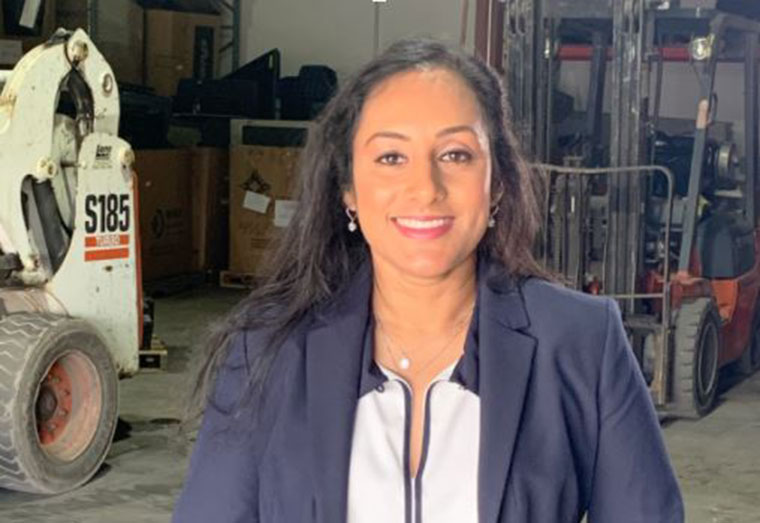 Devi migrated from Guyana to Queens New York, USA in 2001 at age 17. She left on a one-way ticket purchased by her mother from the money she accumulated selling ice. That same year she started classes at York College in Queens.

By 2010, James had graduated from St. Thomas University with a degree in business and accounting. She spent a few years in real estate accounting until, in 2012, she asked her husband, Wilfred, what he thought about owning a business. That’s when they came across a small construction business called Scrapbusters in Elko New Market.

“When you come from another country, people graduate and keep climbing the corporate ladder,” James said. “That was my dream.”

In 2015, as a new mom, James quit her job in real estate accounting and took over the business on her own. They depleted their savings account to invest everything into the company.

“Small business owners are risky people. You take risks. So we just went for it,” James said. “But at the beginning I thought for three years it was a mistake.”

James saw a flyer in the mail from Women Venture, which helps women build profitable and sustainable businesses and has provided more than 105,000 women with tools and resources to achieve economic success, according to the nonprofit. James joined a cohort with nine other women-owned businesses.

“I was a new mom and I took a class, and it helped me understand the business from a new perspective,” James said.

When James and her husband, Wilfred James, first bought the company, Scrapbusters only did boiler demolitions. They knew there could be other services they could offer similar to it. So they started to offer sheet metal demolition, then piping demolitions for things like big school renovations, then junk removal services and dumpster rentals.

The couple said when they decided James would take the reins on the company, they did so thinking they might be able to get more government contracts with a minority woman at the helm. Neither partner regrets that decision, her husband said, adding James is a “natural” at owning the business. She’s carved a niche for herself in that world, he said, though they both operate as a team and he’s available when she needs help.

Wilfred James said his wife’s ability to make business-minded decisions is in her blood.

“I think it came from her upbringing. Her mom is pretty industrial,” Wilfred said. “She does have that in her genes. Plus, she’s very driven. If she says she’ll do something, she’ll do it.”

Scrapbusters has collected all the appliances and electronics for Minneapolis Public Housing for the last three years. In the summer, which is her busy season, there are sometimes 25 employees working on different projects.

Since purchasing the company, Scrapbusters has grown from two to 20 employees and James has carved a niche for herself in the male-dominated construction industry. James’ husband decided to go back into his career as an equipment calibration technician, letting her take the business into whatever direction she saw fit.

“It’s different for a woman to be in construction-related services. People always say, who are you? At the beginning, I was always dreading going to meetings… Now it’s like, they’re going to remember me because I’m the only woman,” James said. “That’s how I built up the client base, because I made the effort to go out to these meetings, and now people are like, that’s Scrapbusters, and that’s Devi.”

Wilfred James also credits his wife’s ability to retain workers as part of the company’s success. “She’s made it a company where the employees say they want to go to work, versus telling them they need to go to work,” Wilfred James said. “She’s very understanding and I think that is why the employees are so loyal to her. They are very loyal and respectful.” (Extracted from Maddie DeBilzan’s report, swnewsmedia.com)

Sun Feb 6 , 2022
Support Village Voice News With a Donation of Your Choice.  …Patterson hammers govt over procurement breaches   By Svetlana Marshall  Former Minister of Public Infrastructure, David Patterson, MP, said since the return of the People’s Progressive Party/Civic (PPP/C) Government billions of dollars in contracts have been doled out to its close allies, and companies blacklisted by the Inter-America Development Bank (IDB) […] 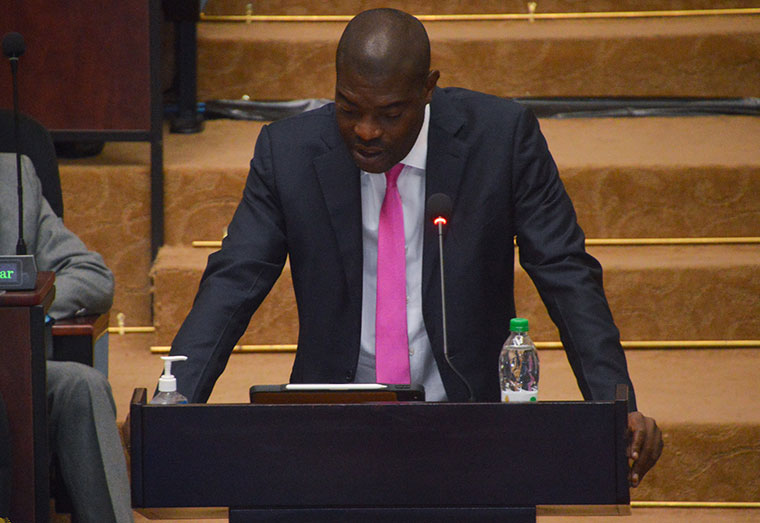