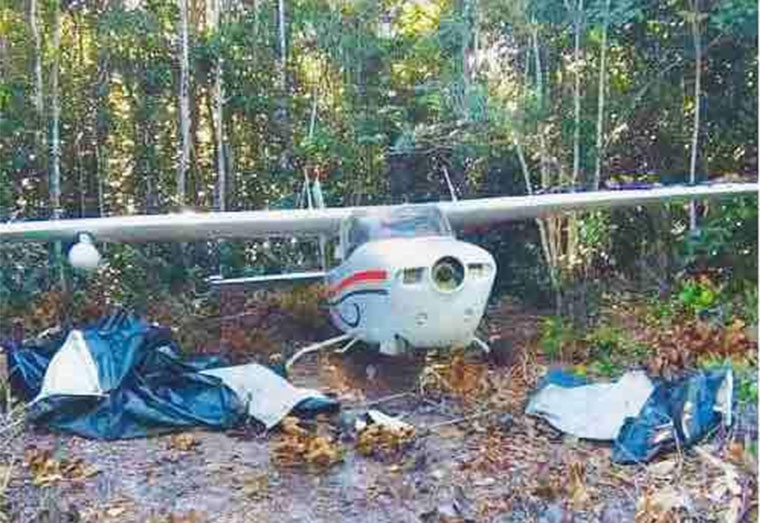 An illegal aircraft bearing Venezuelan registration # YV506 was discovered abandoned off an illegal airstrip in Kuruduni, some 20 Km from the Kurupukari crossing, the Home Affairs Ministry disclosed on Tuesday.
The Home Affairs Ministry, along with the Guyana Police Force and Air Corp,has launched an investigation into the discovery.
Acting on information received, ranks at the Mabura Hill Police Stationdiscovered the white with red, yellow, and blue stripes, Cessna 310 model aircraft on Saturday (January 29). The high-speed retractable gear single-engine plane was found in the bushes covered with branches and tarpaulin.

“The propeller was removed and placed under the aircraft. It is suspected that the aircraft is without key documentation, which will make it difficult to track the airframe, engine, and propeller time,” the Home Affairs Ministry said in a statement.
A search was conducted in and around the aircraft but no illegal substance was found in either the cabin or cargo space. Nothing was found in the immediate vicinity either, the Ministry noted.
According to the preliminary assessment by the lead engineer, the damage to the aircraft is extensive and beyond repair. However, further assessment will be conducted by the Guyana Civil Aviation Authority (GCAA).
Investigations are ongoing

Public Servants to get salary increase in 2022 – Minister Parag

Wed Feb 2 , 2022
Support Village Voice News With a Donation of Your Choice. After denying that the People’s Progressive Party/Civic (PPP/C) had promised public servants a 50% increase in the lead up to the 2020 Elections, Minister of Public Service Sonia Parag returned to the National Assembly on Tuesday to promise another increase in salaries this  year. It was after approximately two years […] 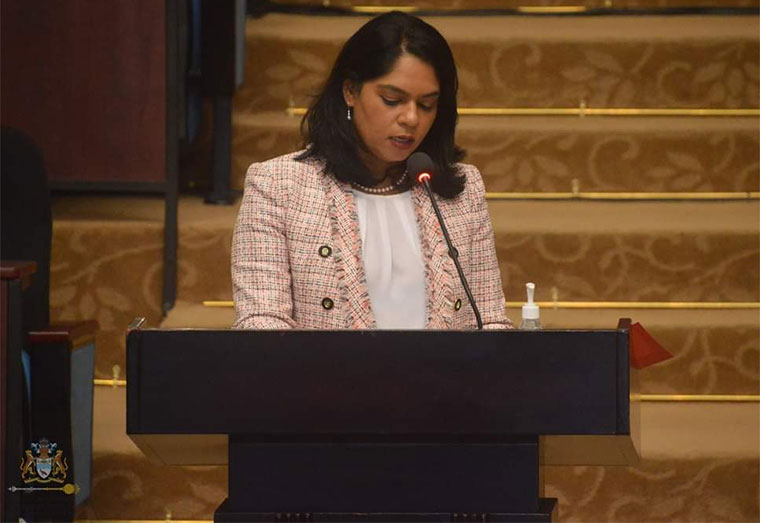