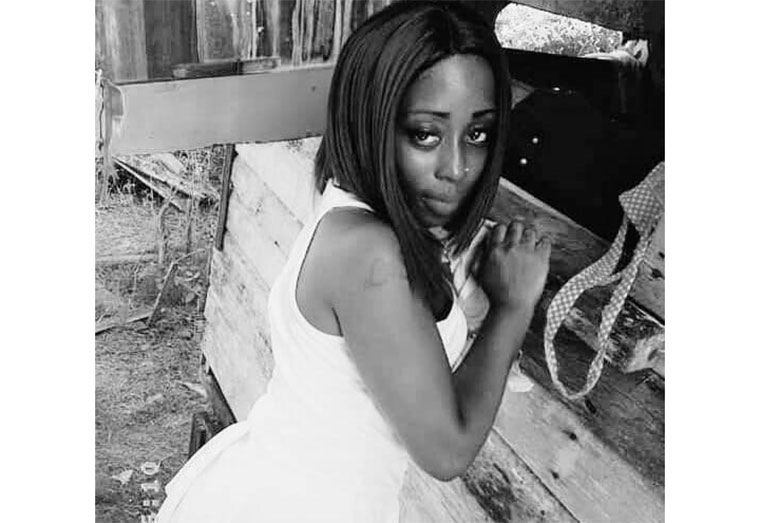 A 28-year-old Albouystown woman was stabbed to death by her ex-partner in ‘C’ Field Sophia on Thursday.

Dead is 28-year-old Loretta Simon of Cooper Street, Albouystown. Simon, who was reportedly pregnant, was fatally stabbed at around 13:00hrs on Thursday while she was at her mother’s residence in ‘C’ Field Sophia. The murder accused, identified as Terrence, is currently on the run.

In a statement, the Guyana Police Force said police in Regional Division 4A are investigating the circumstances surrounding the death of Simon.

“Assistant Superintendent Singh and Inspector Smith are currently leading the investigations which have so far revealed that the woman allegedly met her demise at the hands of her ex-partner who went to her mother’s place of abode and demanded a reason from the deceased as to why she no longer wanted to be with him,” the police said.

Eyewitnesses reportedly told the police that the woman asked the suspect to leave her mother’s premises and it was then that he whipped out a knife from his pants waist and stabbed the victim in the region of her heart. The victim then ran a short distance before she collapsed.

The man then dropped the knife in the yard and made good his escape.

Emergency Medical Technicians from Alberttown Fire Station were summoned, however, Simon was pronounced dead at the Georgetown Public Hospital. The body was then escorted to the Memorial Gardens Funeral Home awaiting PME.

Investigations are in process.

Teen stabbed to death by stepfather

Thu Jan 27 , 2022
Support Village Voice News With a Donation of Your Choice.  …mother hospitalised  A 19-year-old East La Penitence teen, who was stabbed by his stepfather while he was trying to save his mother, succumbed to his stab wounds on Thursday. Dead is Isaiah Edwards, a construction work of East La Penitence Squatting Area, Georgetown. The Guyana Police Force, in a statement […]