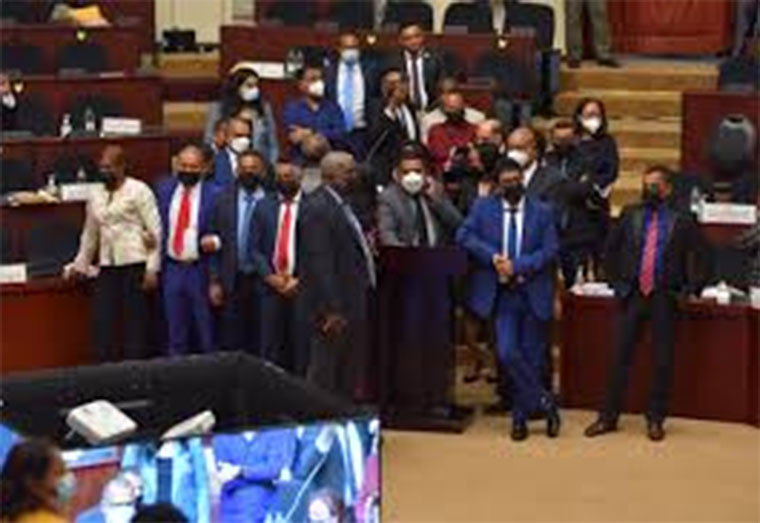 …similar motion against Gov’t MPs under review by Speaker

Eight Opposition Members of Parliament, including its Chief Whip, Christopher Jones, have been referred to the Committee of Privileges by the Speaker, Manzoor Nadir, over last December’s disruption to the National Assembly and the violent removal of the Mace, in an attempt to prevent the second and third reading of the highly controversial Natural Resources Fund Bill.

The MPs were referred to the Committee of Privileges based on a motion tabled by Government’s Chief Whip, Gail Teixeira, who blamed the APNU+AFC MPs for creating ruckus in the National Assembly last December and bringing it into disrepute.

“These events that transpired in the House, the stealing and the damage of the mace of Guyana, the deliberate and willful damage to the equipment of the Arthur Chung Convention Centre, the communication control room, the assault on a member of staff, the repeated disregard for the speaker and the authority of the Assembly require stern measures,” MP Teixeira said ahead of presenting the motion to the House.

In her first whereas clause, she said it was during the 34th Sitting of the National Assembly, held on December 29, 2021 at the Arthur Chung Convention Center that the APNU+AFC MPs behaved in a gross, disorderly, contumacious and disrespectful manner, and repeatedly disregarded, disrespected and ignored the authority of the National Assembly, and that of the Speaker, thereby committing contempt and breaches of Privilege.

The Government Chief Whip said the eight MPs attempted to prevent the second and third reading of the Natural Resources Fund Bill, and ultimately its passage. She said Ferguson and Jordan further committed breaches of Privilege by forcefully removing the Mace from its rightful place, and attempted to remove it from the Chamber, thereby creating great disorder and chaos which resulted in injuries to a member of staff to the Parliament Office and damage to the Mace.

Further, she told the House that MP Sarabo-Halley destroyed several pieces of audio-video equipment in the communications control room at the conference centre, in an attempt to disrupt the sound and internet connection.

The Government Chief Whip called on the National Assembly to express its unwavering abhorrence of such gross disorderly conduct, contempt and breaches of privilege, which took place on December 29, 2021. Based on the motion, the Committee of Privileges is expected to report to the National Assembly within one month.

The Leader of the Opposition, Joseph Harmon had also filed a Motion to send 22 Government MPs to the Privileges Committee over their “un-parliamentary conduct” during the December 29th Sitting, however, due to a technicality, the Motion had to be resubmitted on Monday.

In a separate statement, he had justified the actions of the Opposition MPs, contending that they had no other choice.

“The Members of the Parliamentary Opposition from the APNU+AFC determined on December 29th, 2021 that they were the last line of defense against an authoritarian regime who were salivating about the idea of having complete control of the revenue from our oil resources that is the patrimony of all Guyanese,” Harmon said.

Tue Jan 25 , 2022
Support Village Voice News With a Donation of Your Choice. —cited for significant improvements during years of APNU+AFC Guyana slid two points down on Transparency International (TI) Corruption Perceptions Index (CPI), scoring 39 out of 100, and ranking 87th out of 180 countries. When the Coalition left office Guyana had been indexed at 40 out of 100 having steadily climbed […] 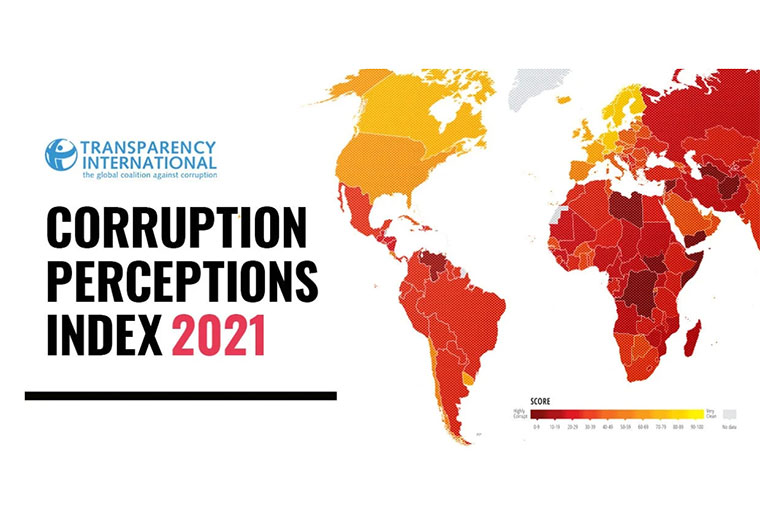